Marcel Fassler is slated to fill in for Tommy Milner for the second race in a row following Milner’s hand injury at Watkins Glen.

“Our expectations were certainly higher than the results show. We are certainly not-so-happy with where we finished.” Said Fassler after CTMP. The Swiss driver now heads to another track he has not raced on his career.

“It’s a different type track than any other at which I’ve competed. Things will happen very quickly on such a short lap. So this will be another new challenge. It was beneficial to be with the team in Canada and have the experience in a high-downforce configuration,” he added.

Lime Rock Park is a track that the team has been successful in the past, however. Their five wins at the track are more than any other current IMSA entrant. The team’s most recent win at the 1.474-mile track came in 2016, and it marked the 100th total win for Corvette Racing, across all competitions the team has partaken in.

A win this weekend for the team, however, would net them their 100th victory in IMSA competition.

“I’ve been fortunate to win many times at Lime Rock with Corvette Racing.” Said Gavin, who has four wins at Lime Rock, a mark that leaves him in a tie for most among IMSA drivers. 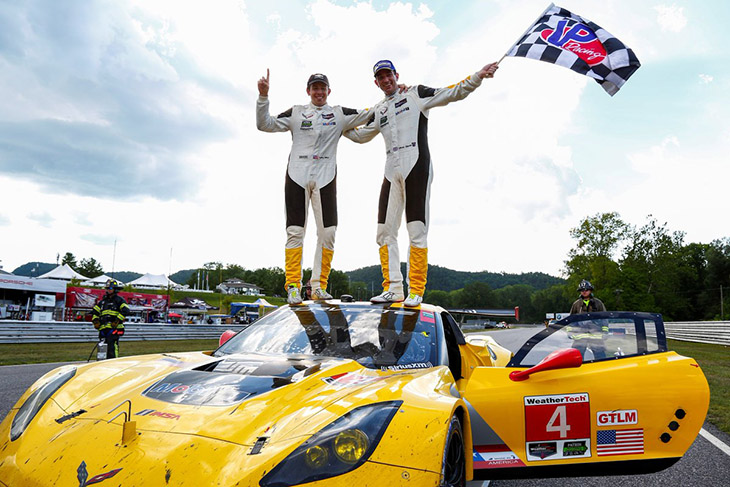 “The lasting one will always be 2016 and the 100th win for our team. It was a day everything fell into place perfectly for us. We’d give a lot for that to happen again this weekend. This will be Marcel [Fassler’s] first race at Lime Rock and I know he will be well-prepared. Hopefully, this is a weekend where our luck takes a turn for the better.”

Corvette has a had tumultuous season thus far, in particular, the #4 Corvette currently last in the GTLM standings. Corvette is third in the manufacture standings, 25 points off of Porsche who lead the pack.