The five-round Ligier European Series will start in Spring 2020. Each round will support a round of the ELMS – the missing round yet to be finally determined and will include a 1-hour free practice session, 2 x 20-minute qualifying sessions and 2 x 1-hour races – a total of 3h40 driving time per weekend with the Series always operating over just two days, again to restrict both operating costs and the number of days required for the gentlemen competitors.

Each car will be able to be entered for either one or two drivers.

Both the JS2.R ‘GT’ and the JSP4 prototype are powered by the same 330 bhp 3.7 litre Ford V6 offering high performance and low operating costs. 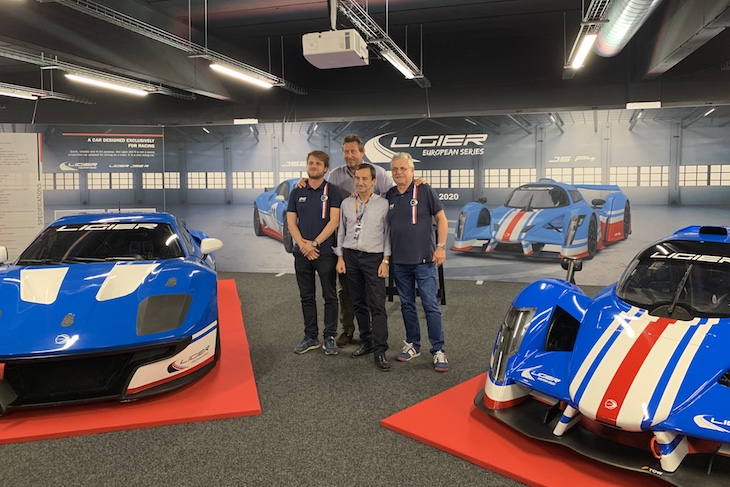 “We designed the Ligier JS P4 and the Ligier JS2 R to allow young drivers, gentlemen drivers and enthusiasts to discover and start in motorsport” said Ligier’s CEO Jacques Nicolet. “We are glad to introduce this championship to the teams of the European Le Mans Series.”

“On behalf of the ACO I’m pleased to see the launch of this new championship from 2020 onwards with a partner as prestigious as Ligier.” echoed Pierre Fillon, President of the Automobile Club de l’Ouest. “The Ligier European Series will strengthen the base of the Endurance ladder allowing gentlemen drivers to increase their experience, with the hope to reach, one day, the 24 Hours of Le Mans.”