Despite not having a win to its name this season, Bimmerworld Racing finished the first half of the Michelin Pilot Challenge season with control of the championship lead. And this weekend, the title fight resumes at Lime Rock Park.

The margins at the top of the standings are tight, however. Bimmerworld’s Devin Jones and James Clay sit on 139 points. The duo is seeing pressure from two sources, firstly, Carbahn Motorsport’s Jeff Westphal and Tyler McQuarrie who have 138 points. McLaren’s leading customer team in the series Motorsports in Action, with Jesse Lazare and Corey Fergus, hold onto 137 points and third place in the standings.

A perfect illustration of the kind of competition we have seen this season in the MPC is the fact that of those three leading teams, just one of them has a win this season; Carbahn Motorsports at Sebring.

After Canadian Tyre Motorsports Park, the halfway mark of the season, both Jones and Fergus had very similar thoughts on their respective team’s performance.

“We wanted to play this race a little bit conservatively. We knew we didn’t quite have a winning car today, but we definitely had a top-five car… we can’t complain about finishing sixth and still maintaining the points lead.” Said Jones.

Meanwhile, MIA’s Corey Fergus ended the weekend with a similar line of thinking.

“Ultimately, we just didn’t have the pace to win, but Jesse [Lazare] did a great job securing a podium finish at the team’s home circuit and did the best with what we had.” 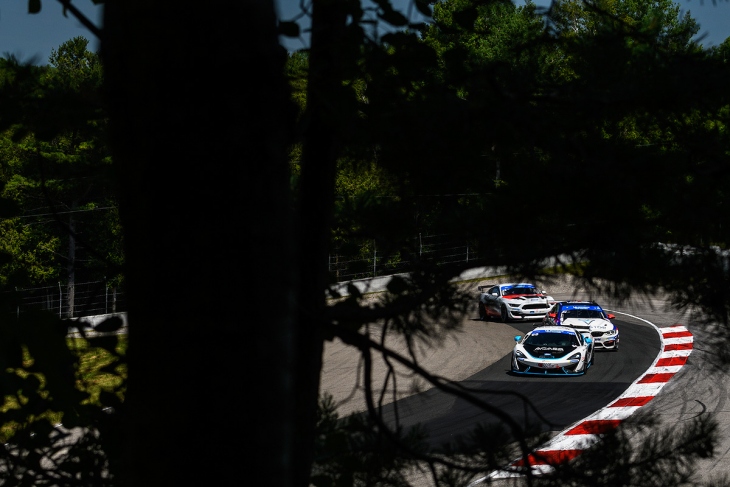 The mindset that Jones and Fergus spoke of is one factor that has helped the top three teams separate themselves from the rest of the pack. Their consistency to find strong finishes, even if the cards may not have been in their favour, has helped lift them above the large pack of GS entries in the MPC.

The lowest finish for any of the top three championship-contenders comes courtesy of the same team that holds the only win. Carbahn Motorsport’s sixteenth place finish at Daytona represents the only time the top three in the championship have finished outside of the top 10. A remarkable feat in a GS class that routinely sees up to 25 entries per round.

To put into context how well the top three have performed in the first half of the season, all you need to do is look at fourth and fifth in the championship running.

While Riley may have the win that has so-far evaded MIA and Bimmerworld, where they fall short is their poor finishes, which have been much poorer than the top three. A 29th placed finish at Daytona that netted Riley just two points and an eighteenth-placed finish at Canadian Tyre Motorsports Park has negated some of the positive strides the team has taken in the championship hunt.

MIA, Carbahn, and Bimmerworld have used consistent finishes and avoided the bottom-half of the order finishes that have hindered teams like Riley and sixth-placed KohR Motorsports. Those strong finishes, (even if they don’t come with a trophy) have helped the top three find a different tier in the fight for the GS championship.

“Jesse [Lazare] and I spent a considerable amount of time discussing the upcoming race and what we needed to do to close the gap in the championship.” Said Eric Kerub, the team owner of Canadian team Motorsports In Action.

“Outside of a win, this was the best possible result,” he added. “With now only two points separating us from the lead and several teams only a win away from joining the fight at the top, I anticipate a fierce championship battle for the second half of the season.”

Last time out at CTMP, Rebel Rock Racing put aside its challenging start to the season and scored its first victory of the year. Robin Liddell and Frank Depew could be another pair to watch out for this weekend, as they push for another strong finish with their Camaro GT4. 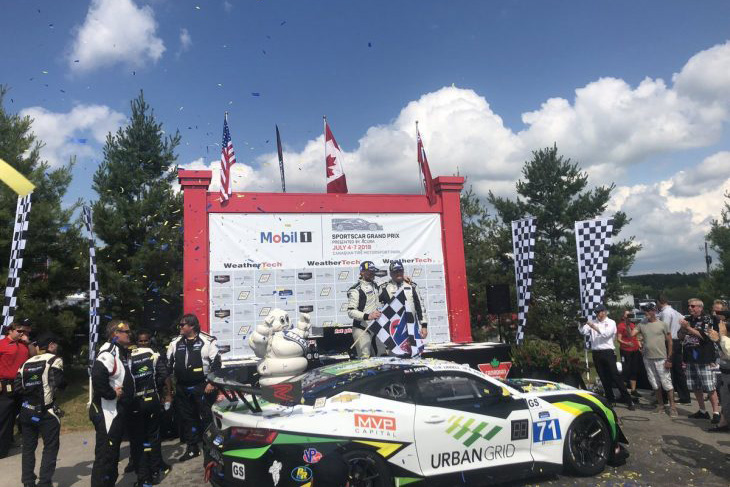 “CTMP is a fairly daunting track and I had never been there in a race car, so it was great to make the gains that we did through the weekend and even during the race,” said DePew.

“We had two penalties at Watkins Glen and still finished fifth, and then to turn around and win in Canada, it was a pretty big accomplishment for the team. It is a great show of what having the right people involved can do. Now the team will work to keep up some momentum here at Lime Rock.”

Of the five races this season, we have seen five different winners. While wins may move teams into the conversation for the title, the top three have shown that consistency has been the best way of staying there.

Six points back in third are Mark Wilkins and Michael Lewis in their #98 Bryan Herta Hyundai Veloster N TCR.

As for Lime Rock itself, it’s the shortest track of the year (1.4 miles) and features six right-hand turns. This places maximum stress on the left-side Michelin tyres. Teams are expected to run over 50 laps on a single set during the two-hour race, with more than 60 possible depending on how yellow flags fall around the first pit stop window, managing strategy, as always in Pilot Challenge, will be key.

Saturday’s Pilot Challenge race is set to start at 11:10 am EDT.