IDEC Sport scored its first pole of the 2019 ELMS season after Paul-Loup Chatin set a 1:32.765 to go fastest in the LMP2 session by almost six tenths, putting the French team just a point off the championship lead.

“I’m really happy for the team. At the start of the year we were fighting for pole but we missed out by tenths. We are now 1 point behind G-Drive Racing. Now we focus on the race tonight,” said Chatin, whose time was within three-tenths of the LMP1 pole time back in 2009 (the last time an ACO championship raced here) set by Danny Watts in Strakka Racing’s Ginetta-Zytek.

Second in the session was the Cool Racing ORECA which set pole at Monza, Nicolas Lapierre reeling off a 1:33.358. He pushed harder to improve just before the end but had a spin at the pit entry which cost him the chance of taking pole with a late flyer.

The aforementioned G-Drive Racing Aurus ended up third, Jean-Eric Vergne pushing for a 1:33.040 before losing power right at the end of the session, stopping on the grass at pit-out moments after setting his best time.

Of the other LMP2 chassis, the Carlin Dallara was fastest but could only manage eighth, ahead of the #23 Panis Barthez Ligier which slotted in ninth, the two cars ending up 1.2 and 1.3 seconds off pole respectively.

The session was interrupted early on by a red flag, after Nicolas Jamin lost the rear-end of the Duquiene Engineering ORECA on the entry to Turn 1 and ended up in the gravel. He went on to qualify sixth.

LMP3 was incredibly tight at the top, the #11 championship-leading Eurointernational Ligier taking pole after a late improvement from Mikkel Jensen, who set a 1:40.187.

That lap pushed Daminano Fiorvanati and Oregon Team’s Norma to second on the grid, and meant a JS P3 will start from pole in the ELMS for the first time since Silverstone last year.

A late flurry of improved tomes saw Matthieu Lahaye put Ultimate’s Norma third, within half a second of pole, and Yann Ehrlacher to fourth.

This left Colin Noble in the #7 Nielsen Racing Norma fifth after the Scotsman sat as high as second early on in the session.

The second fastest Ligier found itself down in sixth overall, Wayne Boyd putting the #2 United JS P3 on the third row.

Andrea Piccini in the #60 Kessel Ferrari stormed to pole in GTE, a 1:43.084 at the death enough to dethrone Matt Griffin from the class pole. 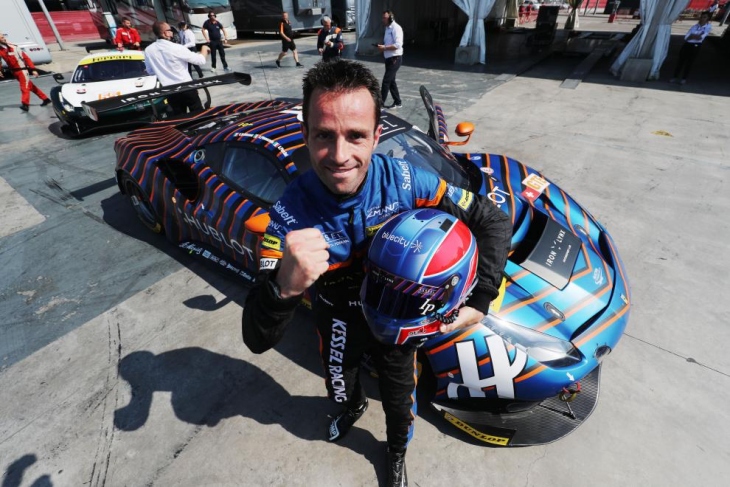 Griffin’s best time was set early in the session, a 1:43.372 in the #55 Spirit of Race Ferrari, and just before the end looked only good enough for third. But Jorg Bergmiester’s best time set in the Project 1 Porsche, which briefly put the German team second, was deleted and the 911 RSR dropped to fifth.

Third was then inherited by Alessandro Pier Guidi and the Luzich Racing team, making it a Ferrari 1-2-3.

Piccini’s pole time, which scored the Swiss-flagged team its first pole of the 2019 season, was 1.4 seconds quicker than the fastest ever GT1 time set here at Barcelona by IPB Spartak Racing’s Lamborghini Murcielgao back in 2009.

“Andrea did an amazing job, a super lap. We expected to be very competitive here, and Andrea showed that he’s a really great driver. It was a perfect lap.”

Tonight’s ELMS into-the-night race at Barcelona is set to get underway at 18:30 local time.