Dubai-based GPX Racing restructured its operations ahead of the 2019 season, launching a dual programme with a pair of brand-new GT3 Porsches in the Blancpain Endurance Series and 24H Series for drivers Stuart Hall, Jordan Grogor and 16-year-old Benjamin Goethe (son of Rofgo Collection owner Roald Goethe, who has driven alongside the other two many times in recent years).

With Benjamin’s youth and inexperience in mind, however, the decision was taken not to run this line-up at the Spa 24 Hours, leaving a window of opportunity to do something different at the Belgian blue-riband event. “During the Paul Ricard Blancpain race, Porsche came to me with the idea of running Richard [Lietz], Kevin [Estre] and Michael [Christensen]” team boss Pierre-Brice Mena (just 31 and himself a former GT3 racer) explains.

“We had been talking about doing something since Silverstone, but with no specific line-up in mind, just an idea to make something happen at Spa, so it came together quite late. Benjamin is very young and he has no night racing or 24-hour racing experience, so we decided not to do Spa with him, Stuart and Jordan this year; you need a lot of experience to do this race. So that left the window open for discussions with Porsche.” 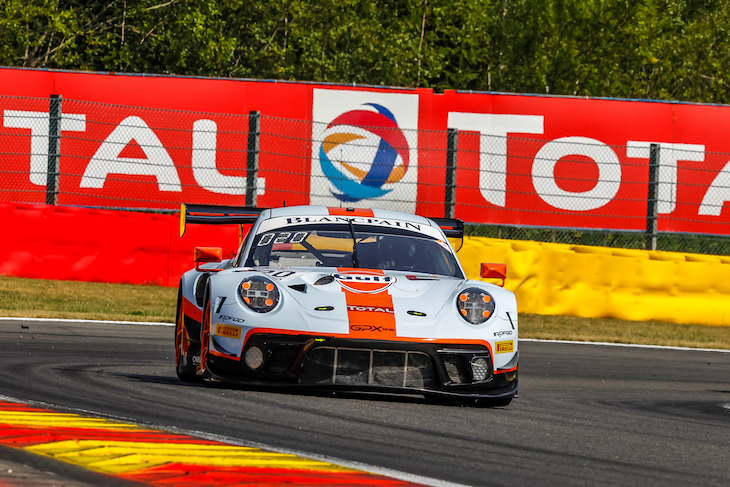 Mena will be familiar to longer-term followers of GT racing: a race winner in GT3 Europe with Hexis back in 2009 and a participant in the inaugural Blancpain Endurance Series in 2011, both at the wheel of an Aston Martin DBRS9. “The cars have changed a lot!” he says with a grin. “I did a few laps in the Porsche around Barcelona two or three months ago and it was like wow, crazy – completely different from the GT3 I used to drive; so much easier, so much quicker.

“The level of competition has grown a lot since the beginning of Blancpain, too. It has always been a very nice championship, even the first year was quite strong, but now everything is more professional. It’s amazing to see, especially here in Spa with 72 cars on the grid, all great drivers and teams.” 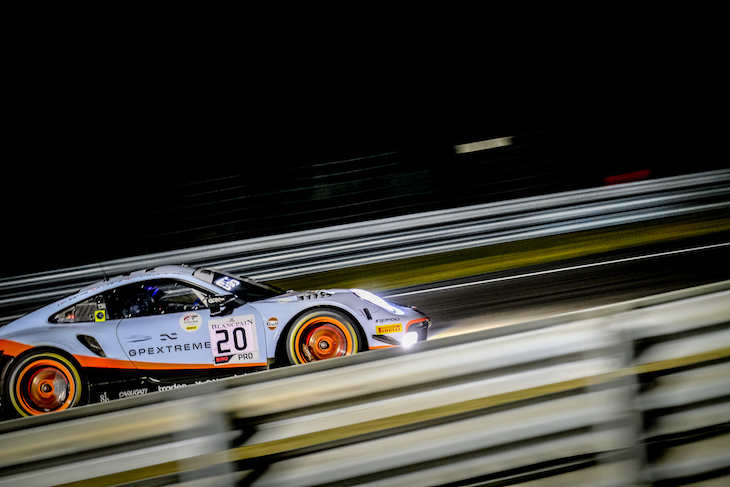 Despite the increasingly professional and near-works nature of the top Blancpain entries these days, Mena still feels it’s a good series for gentleman drivers. “The Ams are very good, in face ‘amateur’ is not the right word; I don’t know why they use it. These guys run a lot of races through the year; okay, some are a bit old, but they have the pace. They’re not six or seven seconds off the pros, it’s more like one to two seconds. They’re there, they’re braking late, they have ABS, they can run with the pros and they can look in their mirrors.”

Modern GT racing is not the only facet of GPX’s business. Alongside GPX Racing there’s also GPX Classic, the historic race car restoration and preparation arm. As part of these activities, Mena races a 1977 Shadow DN8 Formula 1 car in historic events, most recently at the Silverstone Masters Historics meeting. As he describes it: “It’s really enjoyable, just a lot of fun to drive and very powerful. Around Silverstone, the lap time is five seconds faster than a GT3 – and it’s from 1977!”

Looking to the future, GPX Racing has the long-term aim of taking drivers to Le Mans, so Menai is considering appropriate options for the team’s next moves. “We’re definitely looking for something else in the near future; nothing is decided, but we’re already working on a long-term plan for Le Mans,” he says. “But we also will keep our GT3 programme going alongside whatever we do. It’s an amazing category and we want to grow and progress with our drivers like Benjamin.” 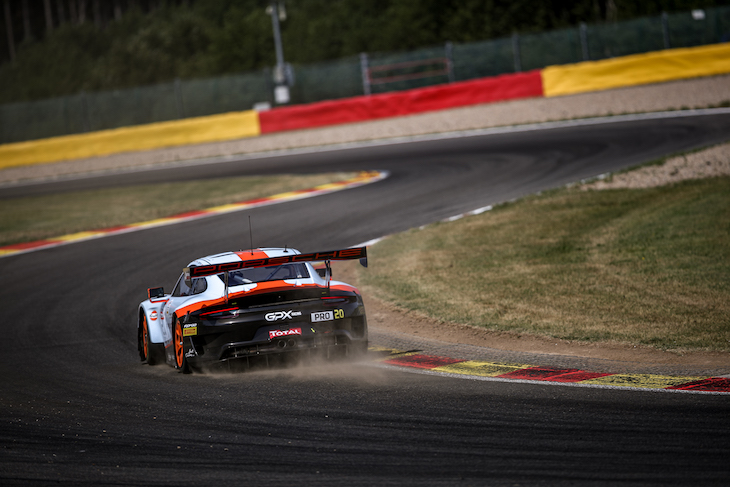 The GPX car is one of 20 to have made it into Friday evening’s Superpole session, which takes place at 7:05 pm local time, preceded by a 30-minute warm-up session kicking off at 6:15 pm local.