Ahead of the start of the Spa 24 Hours on Saturday, DSC was invited for a passenger lap with Chris Froggatt, one of the drivers of the #93 Sky-sponsored Tempesta Racing Ferrari, alongside Jonathan Hui, Eddie Cheever III and ex-F1 man Giancarlo Fisichella.

The lap was in a Ferrari Challenge machine, closer to a road car than the GT3 the quartet will contest the race with, but still a pretty serious affair, with full aero and running on racing wets. Although Chris is taking VIP guests and journalists around ahead of the race, the exercise was not without usefulness for him, as all the running so far has been in dry conditions. 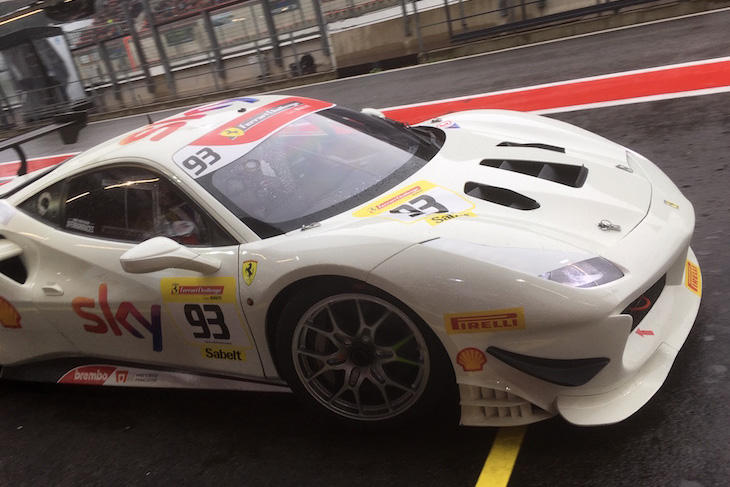 Climbing up beside Eau Rouge along the pit exit, the acceleration from the 488 Challenge is pretty fierce, as expected. The car stays stable under braking for Les Combes and grips strongly through the right-left-right sequence. There’s a slight wiggle under braking downhill into Bruxelles, and on the way out we catch a Lamborghini road car also giving hot laps.

Powering down the hill to Pouhon, the Lamborghini indicates right, letting Chris take a tight line through the double-left, the Ferrari maintaining grip throughout. Through Fagnes and Stavelot we catch and rapidly pass a Porsche road car before the ultra-high speed run Blanchimont.

The speed carried through the left-hander here is perhaps the most impressive part of the lap, before a hard stand on the brakes to despatch one more road car before tucking into the pitlane to give the next guest their opportunity. 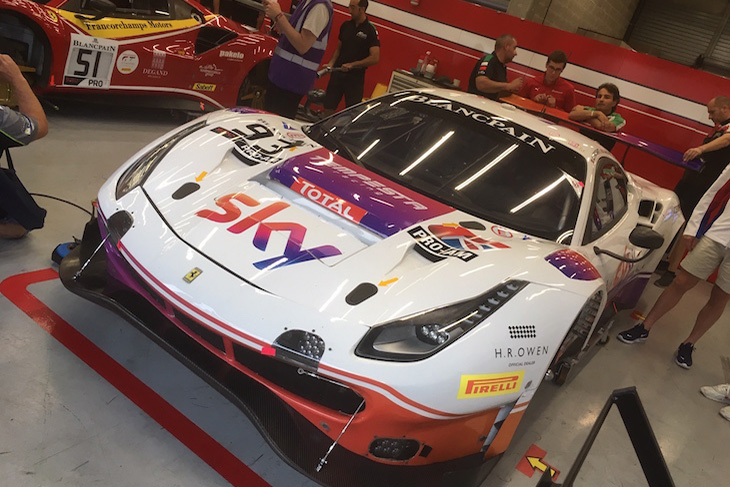 Afterwards, Chris describes the difference between the Challenge and GT3 (above) Ferraris from the driver’s seat. “In the wet, this car is actually a lot more playful and easier to drive, because it’s a lot softer. The GT3 even with soft dampers and a soft setup is a lot stiffer than the Challenge.

“But once you’ve mastered it, the GT3 obviously goes a lot faster, and it’s not tricky to drive; it’s just a different style. I prefer it in any conditions, as it’s more like a race car. The Challenge is basically a very good road car running on slicks or racing wets.” 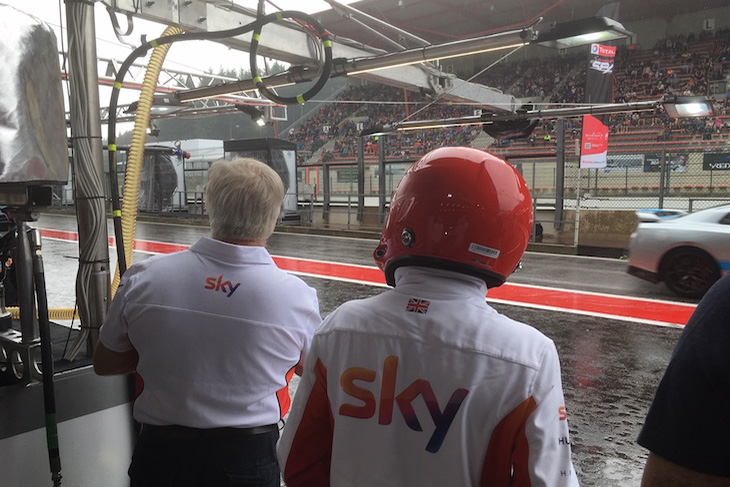 Chris and the Tempesta Racing crew have had a strong year in Blancpain, winning their Pro-Am category at Monza and looking on for a repeat at Silverstone before a mix-up with seat inserts left Froggatt with numb legs. Strong pace at Paul Ricard and a podium in GT Open (which the squad is also contesting this season) have completed a good showing ahead of Spa – which will be Frogatt’s first 24-hour race.

“Adding Fisichella to the line-up was good, it takes a bit of pressure off me in my first 24-hour race.” he said. “I’ve been the most ‘pro’ driver in the car up till now, so in my first year in GTs it’s a bit of a relief to have someone as experienced as Giancarlo there. He’s done this race many times, he’s very valuable to us. “I’m treating it as four six-hour races, that’s the mentality the team has at the minuteIf I do that and get a rest in between, it should be fine.” 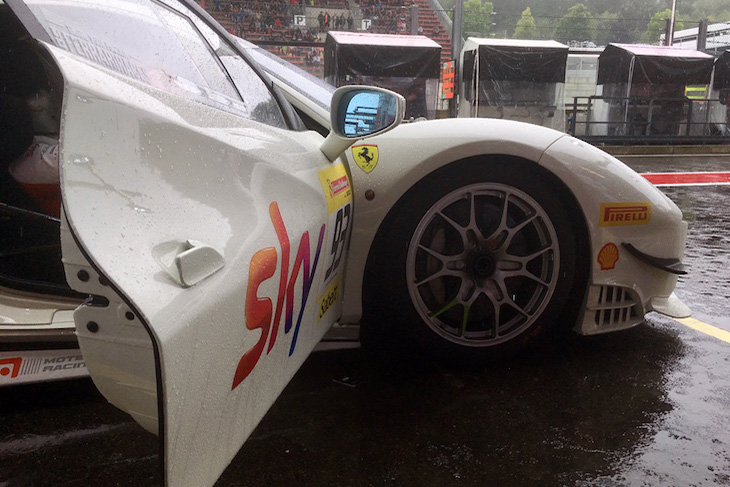 Perhaps surprisingly, Froggatt didn’t follow Fisi’s F1 exploits as a child, coming somewhat late to his passion for motorsport. “Until I started racing three years ago, I was very bad at following motorsport,” he admits. “But I’ve learned a lot quickly and grown my passion for it. It really came from spending a lot of time on quad bikes and motorbikes when I was young.