With 10 hours and 45 minutes to run, the Spa 24 Hours has been red-flagged. The race had been under a full-course-yellow for one hour before the red flag was called.

Heavy rain had arrived at the circuit with multiple drivers, including Kevin Estre and Christopher Mies discussing the conditions on Twitter.

“This was the worse conditions I had in my career! Visibility 2m ahead and aquaplaning all the way to Les Combes!” Estre wrote on Twitter. “Had to drive 140kph down the straight and was still not controlling the car…” he added. Mies replied to the tweet, simply saying, “we need a red flag.” 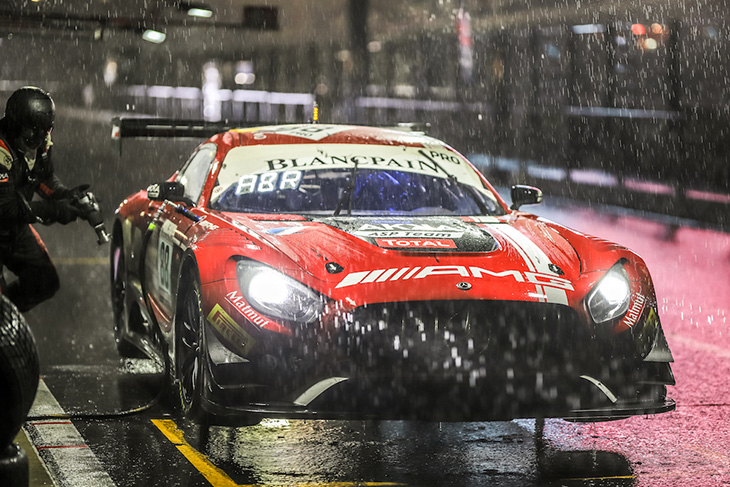 Race control estimated that the red flag would be one-hour in length “No restart before 07:00”. That would leave the cars to restart right around the time the sun is due to rise over Spa-Francorchamps. The rain is forecasted to continue through sunrise, however.

Currently leading is the #63 GRT Grasser Racing Lamborghini Huracan. They inherited the lead after the Walkenhorst Motorsports called the Christian Krognes and the #34 BMW M6 GT3 into the pits. They rejoined second, where they sit now.

(Update: with heavy rain still falling around the circuit and with barrier repairs underway in at least one location, the messages update to say no restart before 07:30).