The GPX Racing win was the first for a Porsche overall here since BMS Scuderia Italia’s in 2010, and only the third in the all-GT era, 2003 with Freisinger Motorsport being the other overall victory in an all-GT race. 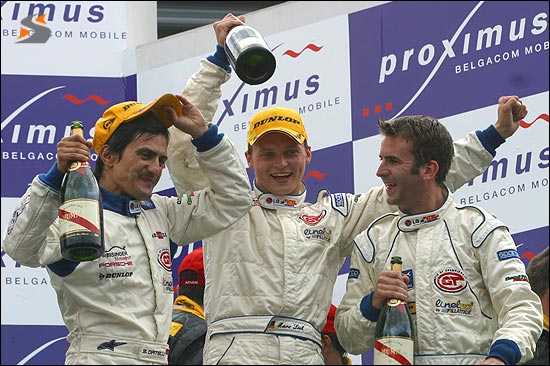 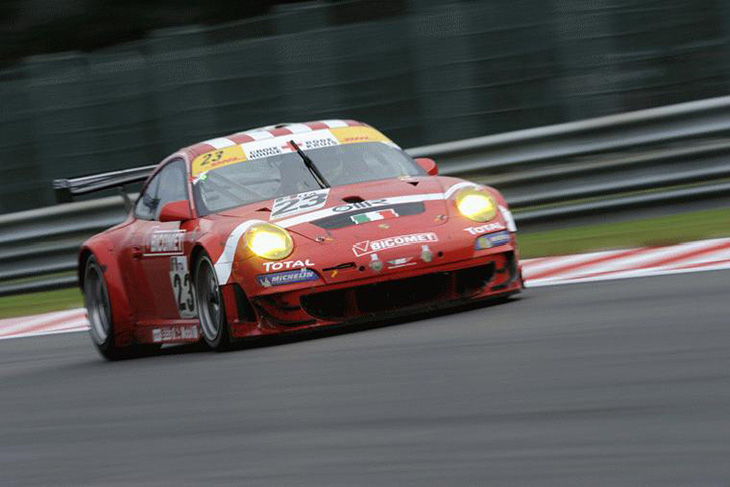 It makes a total of seven overall wins for the brand in the race’s history.   And it was the first win for a Gulf-liveried Porsche here since 1971 when the 917K of Pedro Rodriguez and Jackie Oliver took the win in the 1000-kilometre event. 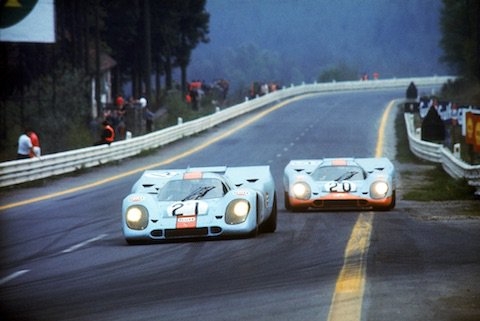 It was an outstanding run from the still very new GPX team, albeit with the current WEC GT Drivers’ World Champions Kevin Estre and Michael Christensen combining with 2015 WEC Drivers’ Champion Richard Lietz to make a faultless trio.

‘Man of the Match’ Kevin Estre told us: “It was very tough during the night, I was happy that I was out of the car. The race was difficult. We had a lot of moments when we were on the wrong tyre or between tyres and you had some people on slicks and some people on wets, but it was the same for everyone. The lap times – sometimes it was the same, sometimes it was two or three seconds difference. In the last two stints it was raining here and there, so it was crazy and difficult to read the conditions.”

Michael Christensen said: “Yes, it is all about trying to keep clean in terms of penalties and carnage. We got a penalty for a small mistake in pitlane but we kept our cool. We try to get in the position we want to be and this is also why, when we were in the situation where we were on the wrong tyres we were able to come back and use a different strategy. It was tough but we came back on the same plan and we raced well.”

Richard Lietz added: “All of us got the question in Le Mans. When we were to participate in this really big race after the World Endurance Championship ended, we asked if we wanted to do this in our holiday or not, but we are all really happy we did it! The GPX team did a really good job. From where we come from in the beginning, we really deserved this victory and I think the conditions were difficult for everybody and if you were able to finish this race without mistake you are already a champion. We were the lucky one to win this race and after finishing second three times, I am really happy. I am lucky enough together with my team-mates. I have to say Kevin a fantastic job, the team did a fantastic job. I really enjoyed all the week.” 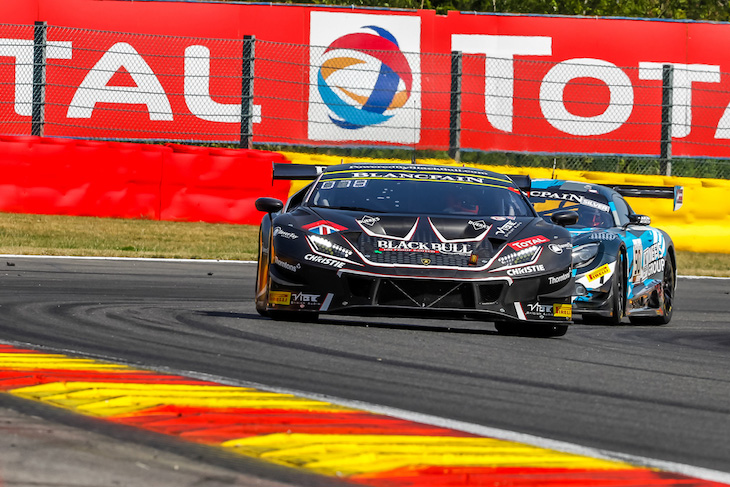 In Silver Cup, the win went to the #78 Barwell Lamborghini (above) of James Pull, Jordan Witt and Sandy Mitchell (after Mitchell lost out by seconds in the class last year). It was 15th overall and a second consecutive class win for the UK-based team after an Am Cup victory in 2018.

“It does feel a bit like revenge for last year,” Mitchell said. “I was more nervous this time being the rabbit at the front than being the chaser. Last year we lost by two or three seconds but this year we got on the top step. It was an amazing job by the whole team, especially James and Jordan; everyone put in some great shifts in tricky conditions all throughout.”

James Pull added: “It still hasn’t quite sunk in for me that we’ve won Silver Cup – it was the aim at the start of the year for us to win this and show our pace and potential. To be able to get this means a lot to me, I think we deserve it. It was really tough, especially as it was my first 24-hour race and it was hardest possible one you could get!”

Jordan Witt said: “It was quite difficult through the night, I had to build a platform for these guys, they were incredible this morning, they absolutely flew, so there was no need for me to get back in, my job was done. Time seemed to stand still when I was watching them!”

It was a Pro-Am class win for Oman Racing with TF Sport, 22nd overall from a pit lane start and having to build up a replacement car… Undoubtedly the biggest result ever for an Omani-flagged team!

AMR factory man Nicki Thiim said: “I knew we had a good shout at it, we focused a lot on the championship points and I think we made a clean sheet of it at six, 12 and 24 hours. But Jesus Christ, it was a tough one, with the weather and the tyre calls. Typical Spa, some parts it was dry and some it was raining. I think we just need to look at the fact TF Sport has the fewest pit stops and that shows we made the right calls all the way through. I’m really happy for the boys.”

Salih Yoluc added: “After my crash in free practice it wasn’t easy for the boys, especially the mechanics. These are the people we owe this win to, they did more than us, we just drove around trying not to make mistakes. But they got the car ready for qualifying and the race and it was perfect, we were trouble-free throughout. I’m super happy.”

Charlie Eastwood said: “That was very tough. We’ve had a great year and just finished second one too many times; it was starting to chip away at us, we were thinking when would we get out first win and get it at the Spa 24 is a dream come true. As the guys have said, the team were great, when I saw them on Saturday morning it looked like they’d already done a 24-hour race, put two cars back together and rebuilt another for the race, and then to go and do what we did making the least stops of anyone just shows how good they are. It’s amazing to get the result and leaves us in good shape for Barcelona.”

Ahmad Al-Harthy concluded: “Ever since I started endurance racing, it’s all been about Spa, Spa, Spa. It was in my head the whole time. And to fly the flag and listen to my anthem, from a country that doesn’t have a race track, is great for everyone who’s supported me over the years; we made it happen together. My team-mates and mechanics, too, they did an amazing job. More importantly, it’s sinking in that after all the attempts and hardships I’ve had in motorsport, this is the hardest race I’ve ever competed in and I won. It will take something massive to top this!” 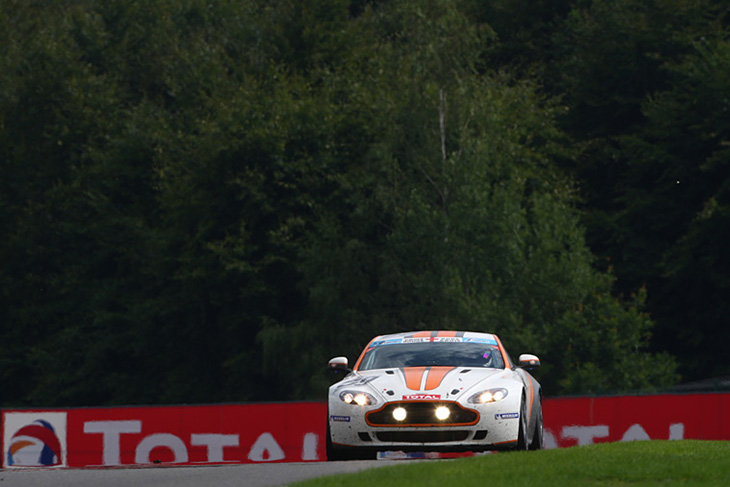 TF Sport scored the second class win in the modern era at the Spa 24 for Aston Martin (after Jota Sport’s 2010 victory in GT4). 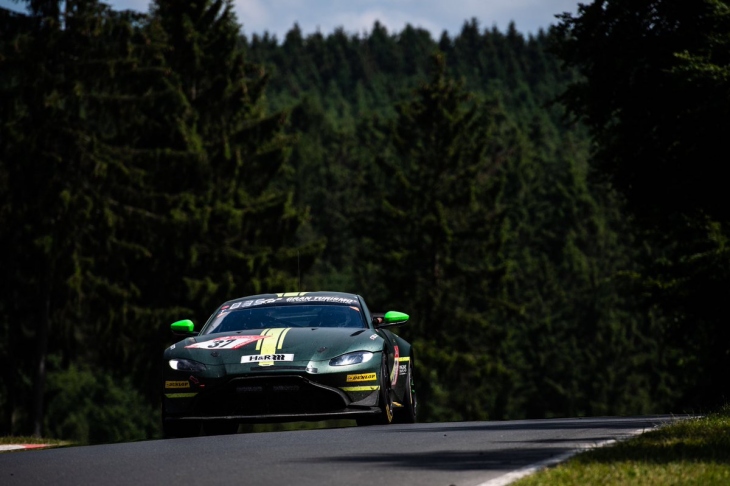 And it’s a third 24-hour race class win for Nicki Thiim, who scored an SP8 triumph this year at the Nürburgring and already has a Le Mans win on his CV!

Yoluc adds another title to his growing tally and Al Harthy adds a Spa win to his Blancpain overall Pro-Am championship crown from a couple of seasons past. For Eastwood, it’s his second 24-hour class win in 2019 after a win in Dubai in the 991 class in January.    TF Sport adds a Spa win to its now-impressive trophy cabinet, too. 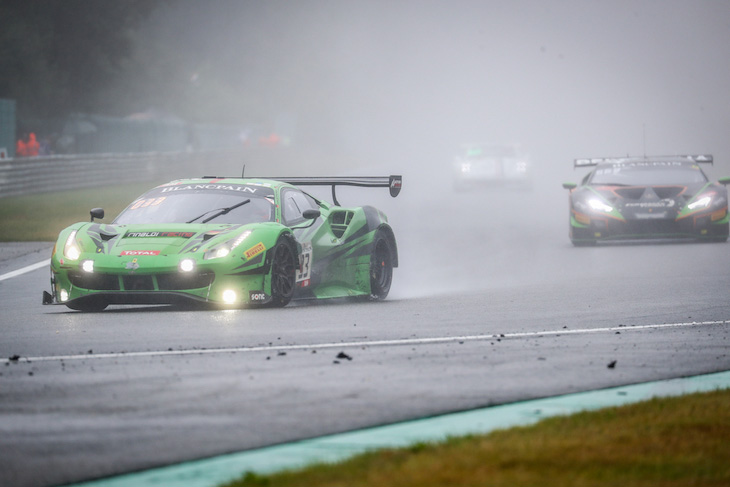