Whilst there has been a lot of noise around the forthcoming GT2 class there has thus far at least, been little in the way of solid news about take-up.

So, in an attempt to clarify the position, DSC digs into what we know and what we believe we know, about SRO’s latest ‘big idea’.

GT2 was introduced as a concept at the Spa 24 Hours last year. Its cars feature big power, high top speed and less aero than the GT3 cars, with a view that in 2019 Blancpain GT Sports Club and British GT, would see the new cars added as a standalone class. The cars are designed to appeal to the pure gentleman driver marketplace to impress drivers that wan the big banger experience, but without too much reliance on the aerodynamic grip to extract their lap times.

Neither has occurred this year as the customer marketplace has been slow to develop and, in any case, the British GT Championship was already over-subscribed.

GT2 cars have been out racing this year though. What we have seen so far is a pair of single-make races last weekend at Spa, for the first car to be launched for the class, Porsche’s 911 GT2 RS Clubsport. 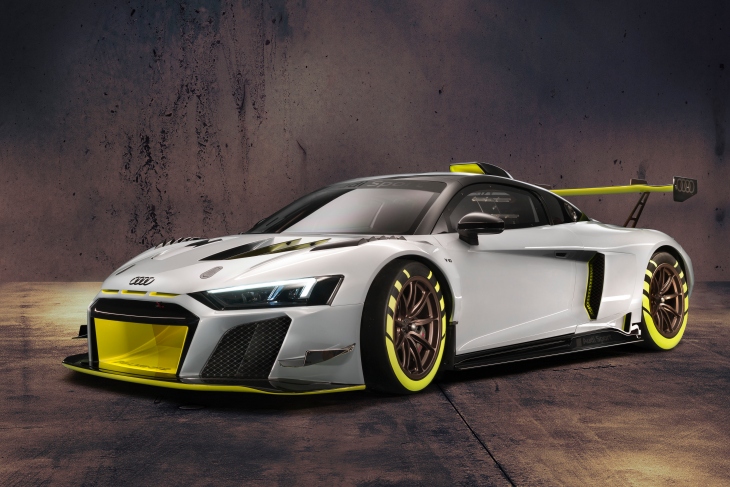 Audi has also now launched its offer in the marketplace, the 640 bhp Audi R8 LMS GT2, which was revealed to the public at the Goodwood Festival of Speed.

The next development to come was from an updated vision from SRO’s Stephane Ratel. In place of the initially planned GT2-based Am class for the World Challenge America, World Challenge Asia, and sprint-based World Challenge Europe, the new vision is to see GT2, at least initially, in the all-Am Blancpain GT Sports Club which is set to be expanded beyond Europe to both Asia and North America.

There will be another opportunity to see the GT2 Porsches in action again this year as a support race in Barcelona during the Blancpain Endurance Cup round there, with the Audi R8 LMS GT2 test car looking set to get its race debut alongside a field of Porsches. The Audi has made its public debut, it ran up the hill at Goodwood and completed parade laps at Spa last weekend.

In addition, a third manufacturer offering is set to be unveiled in Barcelona with a further three in advanced negotiations to launch their offerings in 2020.

As for who the as-yet-unannounced manufacturers are for the class, Jan Erik Slooten was very vocal at Spa suggesting that Ferrari is next up.

If that’s so then that is an addition to the list that DSC currently has which is comprised of Lamborghini, Mercedes AMG, McLaren, and Aston Martin. All of those are believed to be working on GT2 versions of the same base cars that furnish their current customer GT3 efforts; some have been delayed due to other factors from earlier public launches.

Glickenhaus is also a potential player in the GT2 marketplace. Jim Glickenhaus told DSC earlier this year that he plans to offer the upcoming 004 models as a GT2.

“Then we’re going to offer a kit to convert the 004 to GT3. It will be a simple conversion, a different engine and aero package, the car will be identical,” he said.

“Next year it will race as a GT3 in SP-X, but it will not be homologated as a GT3 until we reach 300 road examples, which we think we can reach in about a year and a half to two years.”

Reports that KTM is interested in joining the class with a longer (and more powerful) than the normal version of the KTM X-Bow may well be correct. But it seems that without a road car version of the car they will not be allowed to come out to play and the clamshell door for the car means that roadgoing homologation is highly unlikely.

So what about the ‘new’ GT1 announced at Spa? Well, that truly is not a racing class, more an extension and a rebranding of SRO’s previous hypercar experience days, catering for owners/drivers of the very top level of roadgoing übercars with on-track demos and high-quality hospitality, giving racegoers to see the top drawer cars in at least some level of action. 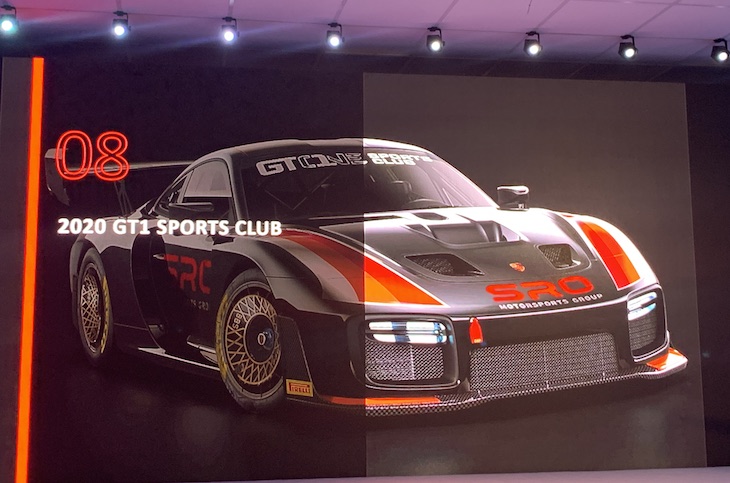 There’s nothing wrong with that at all and there may well be at least some level of competition involved (both time trial and/ or non-contact racing was mentioned by Stephane Ratel amongst the options for these events). But GT1, in any meaningful sense, this most certainly is not!