Rudy van Buren’s time was safe from this DSC reporter. I was never destined to be the ‘World’s Fastest Journalist’, a competition held at the Total Spa 24 Hours as the next iteration of the World’s Fastest Gamer prepares to take to the track.

My training on ‘Grand Prix Circuit’ on the Commodore 64, racing F1 cars from 1989 and being able to finish Geoff Crammond’s ‘Grand Prix’ winning the 1991 F1 World Championship in a Coloni with no driver-aids, has left me in no place to challenge for the win in modern gaming.

Sitting in the gaming rig in R-Motorsports hospitality suite at the Spa 24 Hours was the next taste of World’s Fastest Gamer. 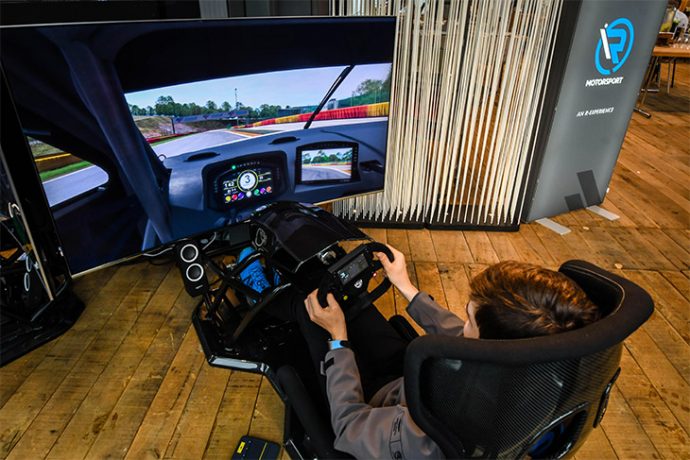 As Darren Cox, the brainchild behind taking gamers to the track with World’s Fastest Gamer and the previous incarnation, GT Academy, said, gaming and the importance of gaming have increased as technology has improved. The cost of racing has also increased and the use of simulators has skyrocketed.

“GT Academy was the first step, but World’s Fastest Gamer jumps in with both feet,” Cox (pictured below) said. 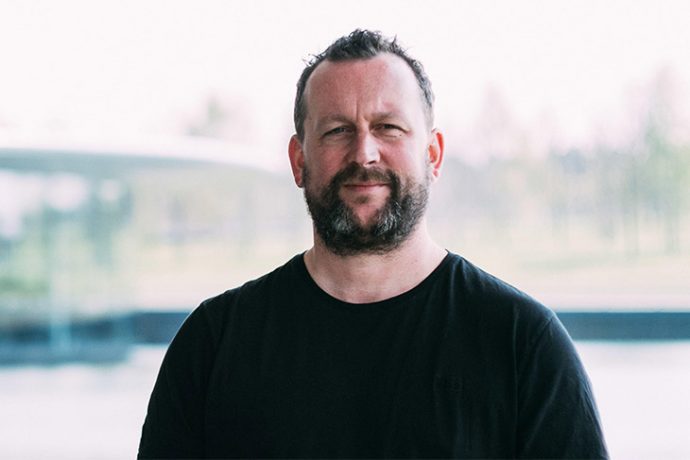 That is the important thing about World’s Fastest Gamer, the prize has increased from a one-off drive to a full-season in a GT Championship. Along with that prize, there are other prizes on offer, like the $10,000 that was on offer at Spa if a journalist could beat Rudy van Buren’s time.

Even though I was impressed with my efforts, my time of 2:21.937 was still some 7.4 seconds off the time Van Buren, the winner of World’s Fastest Gamer One.

Not only have the games moved on in the past few years, but the competitions have as well.

For World’s Fastest Gamer, the entrants are not locked into one platform or game, at least to qualify. In the initial phases, World’s Fastest Gamer brings together racers from sim racing titles rFactor2, Project Cars 2, Assetto Corsa and iRacing, console games GT Sport and Forza plus mobile game Gear.Club.

“Some of the best gamers that took part in World’s Fastest Gamer One just had a set of pedals a screen and a wheel. They’re making their own cockpit out of beanbags and pillows or whatever,” Cox said.

“Talent is talent. It doesn’t matter whether you’re sitting in a $30,000 gaming rig, or whether you are sitting in the basement is something that you that you’ve cobbled together to give you that opportunity.”

For the top prize, eight pre-selected esports champions and the two winning contestants from rFactor and Gear.Club competitions will be taken through a range of training, from driving, gaming, media and personal fitness to bring them up to scratch to compete on the track.

A reality-style documentary TV programme will be created along with daily video updates to bring action to the wider world.

In theory, it produces a well-rounded driver, one that hasn’t been created by rich parents who don’t want to engage with engineering, media or other less glamorous activities. The competitors here dream of racing but may have never had the opportunity. Through realism in modern simulator programs and the expectations of the competition, all of this will become second nature.

But the ultimate question for the World’s Fastest Gamer is: will the need to be good at esports and simulator work, become as important as on-track success?

Van Buren’s (pictured below) prize in an F1 simulator has proven important as there are racers, including Aston Martin’s Nicki Thiim who have a massive profile in gaming and on the track. 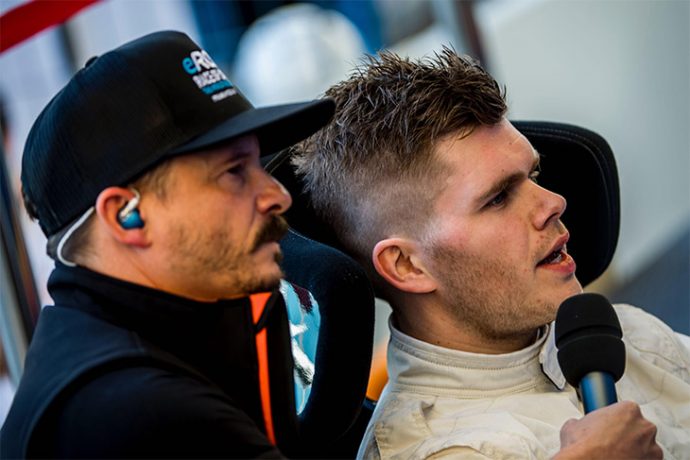 F1 stars Lando Norris and Max Verstappen take part in virtual racing competitions on off weekends, posing the question: will we ever see a gamer come through to win a World Championship in something with the profile of the WEC or F1?

Gaming competitions are increasingly getting huge prizes and crowds. So when you look at the efforts of Thiim, Norris, Verstappen, it is not a stretch to consider the thought, are they more of a gamer or a racer?

“Over the course of the year, guys like Max and Lando probably will do more laps on games than they’ll do in a real car. So, we may end up with the case of the world’s F1 champion being a gamer,” Cox said.

“It will happen one day because there will be more and more drivers coming from gaming. There will opportunities for all these drivers.”

And initiatives like the World’s Fastest Gamer shows the value and the opportunity. The evolution of what started as GT Academy shows how the market place can develop.

The line between gamer and racer is blurring. Simulator work is ever more important and transitioning between the two is no longer the leap it once was.

For me, while I clawed onto the 10th spot on the leaderboard for journalists at Spa, my history in the late 80s and early 90s games has not put me in a prime position to win a season in GT racing.

But for those who want to put in the time and effort, there has never been a better time to compete.