The team, which won two of the four races last season, the most of any team in the LMP2 field, has been a firm part of the LMP2 grid for the series in recent years, alongside its European Le Mans Series and Le Mans 24 Hours campaigns. And in the Asian series for the coming season, the Portuguese-based outfit looks set to field a mixed class effort for the very first time.

“We like the Asian Le Mans Series, and so do a lot of our customers,” said team manager Sam Cox.

“We already have a number of drivers interested, both with our Judd-powered Ligier JS P2 (the older-spec LMP2 cars (below) set to compete in LMP2 Am, with the class champion receiving an Auto entry for the 2020 Le Mans 24 Hours) and at least one of our pair of ORECA 07 Gibsons (featured), this the first time that the new Gibson-powered cars are eligible for the overall Championship in Asia.” 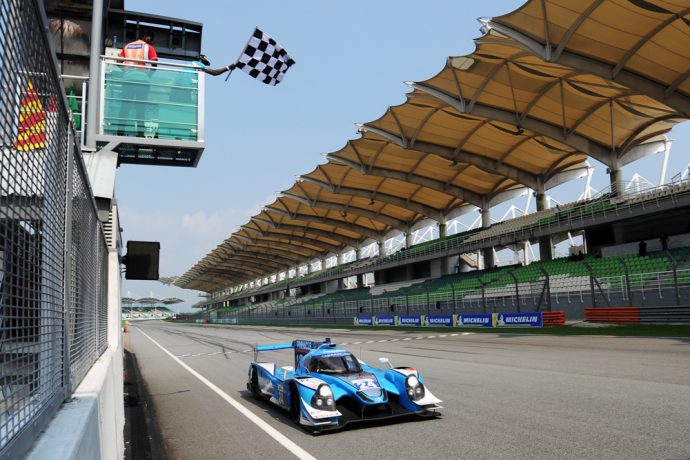 The overall championship-winning team will also be awarded an automatic entry for the 2020 Le Mans 24 Hours.

The championship kicks off in November 2019 at Shanghai International Circuit before an extended break over the Christmas and New Year period before making an Asian Le Mans Series debut at The Bend Motorsport Park in South Australia in mid-January.

“We’ll be looking for race wins, class wins, a championship win and entries for Le Mans. And with such a compact season the economies of scale are pretty good too. We’d still love to hear from anyone interested in doing the series with us.”

Any parties interested in joining Algarve Pro for the upcoming season should contact the team with sam@algarveproracingteam.com