UPDATE: This story has been updated with additional information (at the bottom) following the release of an updated 4H Silverstone ELMS entry list shortly after Inter Europol’s news emerged.

Austrian driver Lukas Dunner (pictured below, middle) will join Kuba Smiechowski and Adrien Tambay in Inter Europol’s LMP2-class Ligier for the European Le Mans Series round at Silverstone on the 31st of August.

The meeting in the UK will be Dunner’s first as an LMP2 driver. This year the 17-year-old been racing in Euroformula Open F3, racking up six podium finishes and two pole positions. He has also been racing in LMP3 competition the past two years, with two victories in the Ultimate Cup this year to his name and a podium in VdeV in 2018. 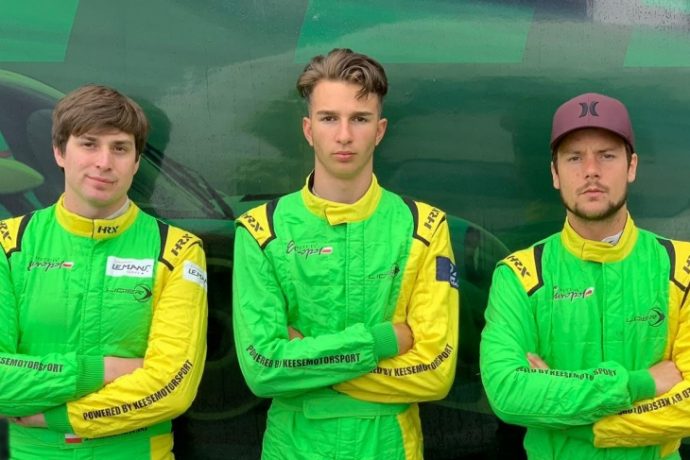 “At the end of August, on the 31st, I will have my debut in an LMP2 car with just 17 years,” Dunner. “I can’t say how excited I am; a superfast race car and a new chapter in my career.

“The Inter Europol Competition team was looking for a driver for their LMP2 to complete their driver line-up for the 4H of Silverstone in the European Le Mans Series. I guess my results in the LMP3 with Wimmer Werk so far, made them think, I could be the right one. I will give my everything to prove them right. This is another very important step on my personal road to Le
Mans.”

Inter Europol team manager Sascha Fassbender said: “We are very happy to welcome Lukas to our team. He already proved his speed in the LMP3 at a young age and was the first choice for us. We are happy to have a young talent in our team and will give him the necessary support.

“Last year the Ligier was the dominant car at Silverstone and we want to build on our strong performance in Barcelona. For this, we have the right driver pairing ready with Kuba, Adrien and Lukas.”

Elsewhere on the updated entry list for the ELMS’ trip to Silverstone there has been another notable change in the LMP2 class. The #23 Panis Barthez entry of Rene Binder, Will Stevens and Julien Canal is now an ORECA 07 Gibson, instead of a Ligier JS P217. Phil Hanson and Filipe Albuquerque will also race an ORECA, as they will in the FIA WEC, with United Autosports. The #32 sister car remains a Ligier, at least for now.

In the GTE ranks there are two TBA’s in the #88 Proton Competition Porsche alongside Thomas Preining, the only confirmed driver.