Good morning from a VERY hot and VERY steamy Suzuka.

And good morning too from not only yours truly, but also a VERY happy RJ O’Connell, DSC and Super GT World’s guru making his very first trip to Japan, and he’s loving it.

First up some short paddock notes as the teams unload today ahead of some of the festivities tomorrow and track action for the main race field starting on Friday, the support categories start their running tomorrow.

The Live streaming package this year will have a different look and feel to 2018’s somewhat last minute arrangement! Sam Collins amongst the commentators with Martin haven on Eurosport duty, Eurosport will take the final two hours live with the remainder of the race on their app.

Amongst the support acts is the Audi LMS Cup and their paddock set up was all but complete this morning. 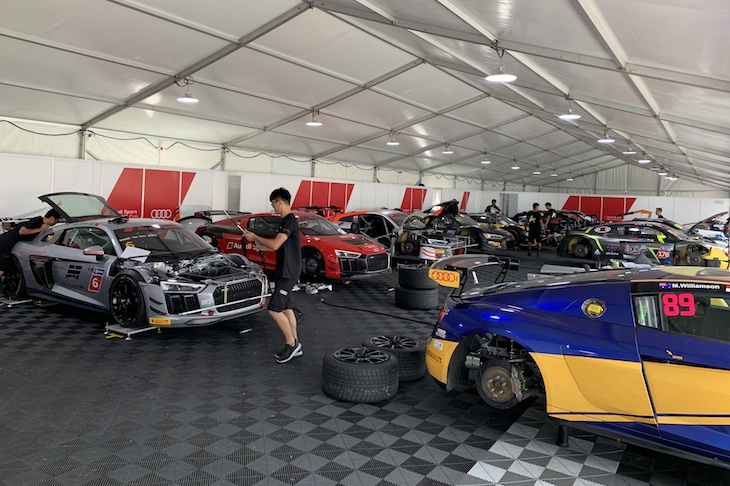 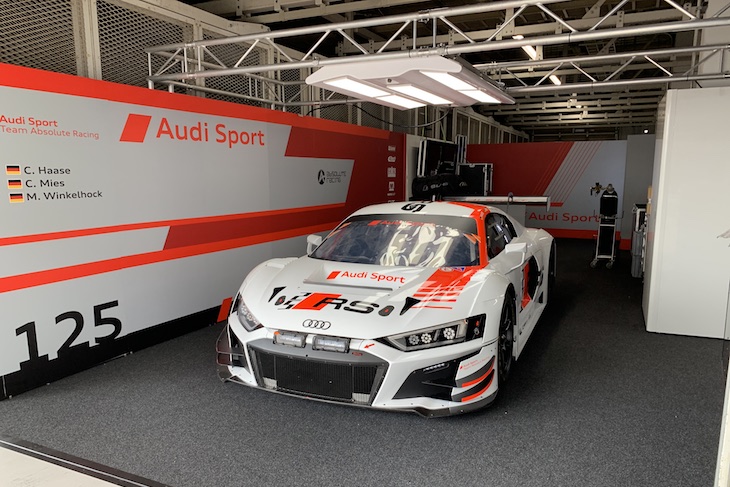 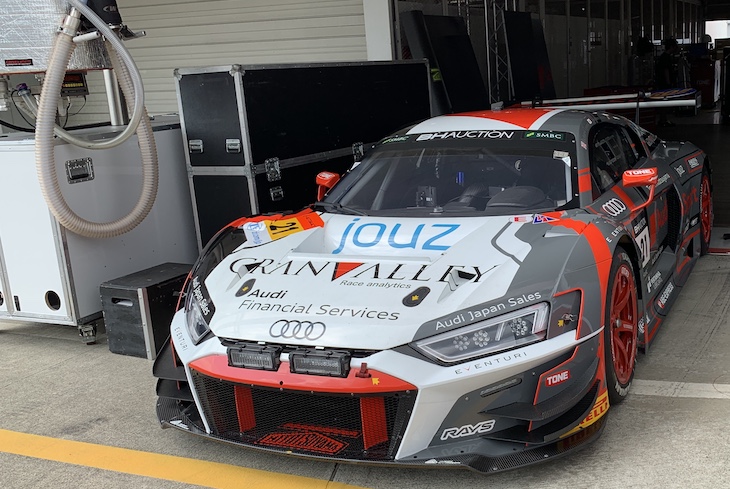 KCMG were already in fine fettle with their pair of Nissan GT-Rs. 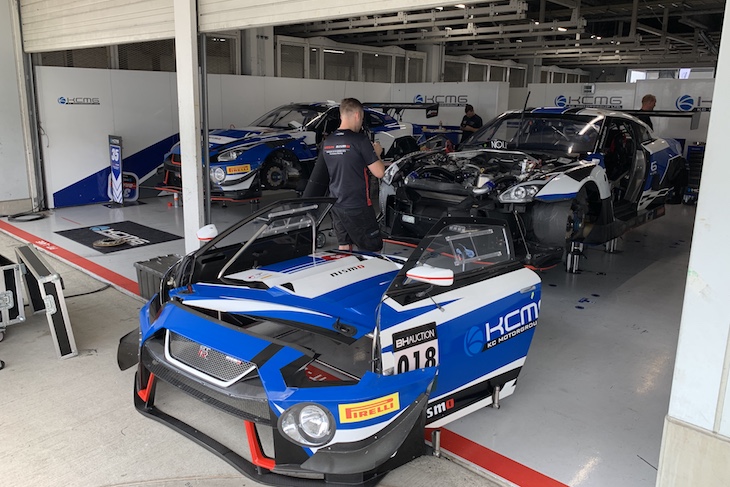 The double Fuji 24 Hours winning GTNet and MP Racing GT-Rs both arrived during the morning. 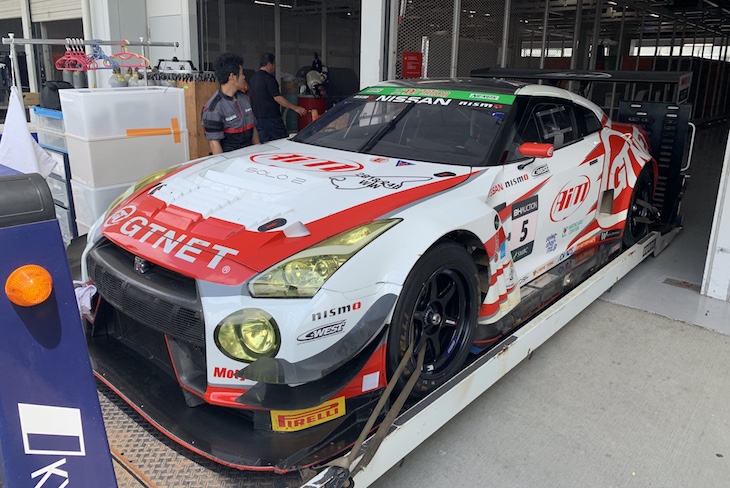 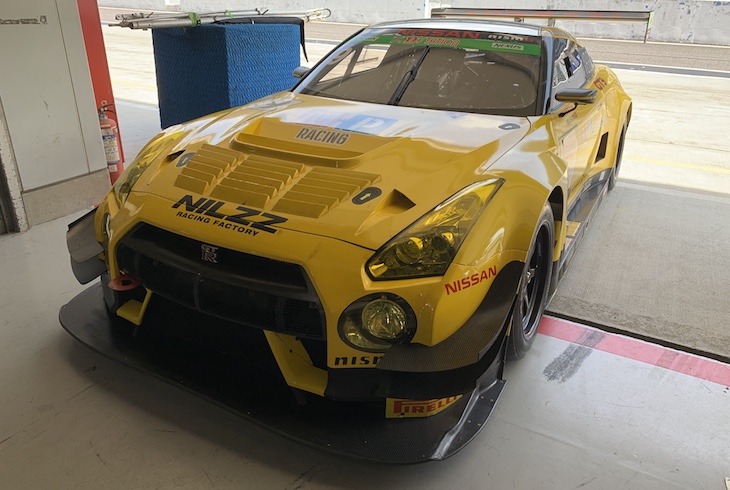 There are no surprises to add just yet to the last minute addition yesterday of Alex Buncombe to the Bentley MSport outfit, there were though the first chances to see a number of the cars including the Callaway Corvette C7.R GT3 with Bingo Racing, the big beast in very Corvette Yellow! 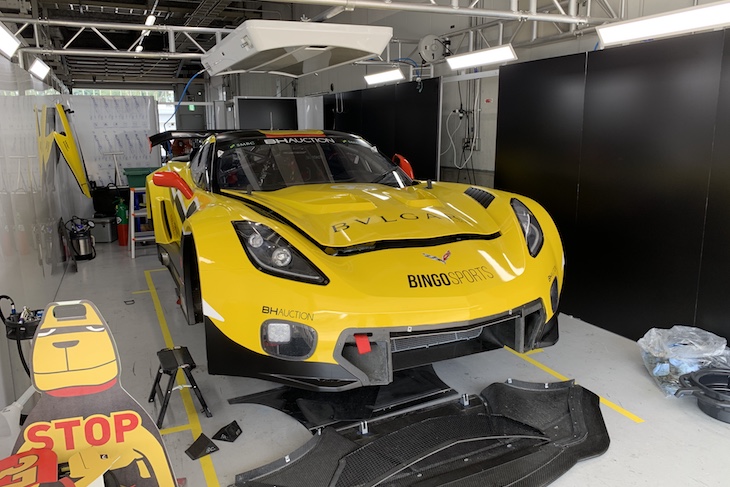 The Wall Racing Lamborghini remains in its ‘tribute’ BASF-style livery, as seen at the Bathurst 12 Hour. 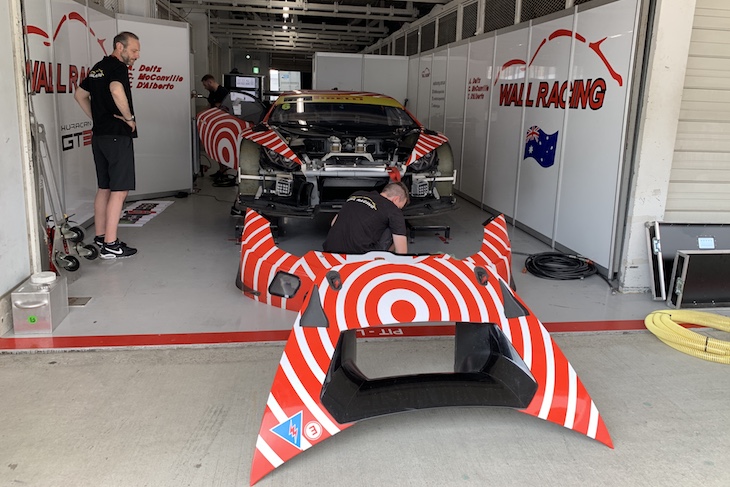 JLOC’s Huracan pair were amongst the last arrivals today. 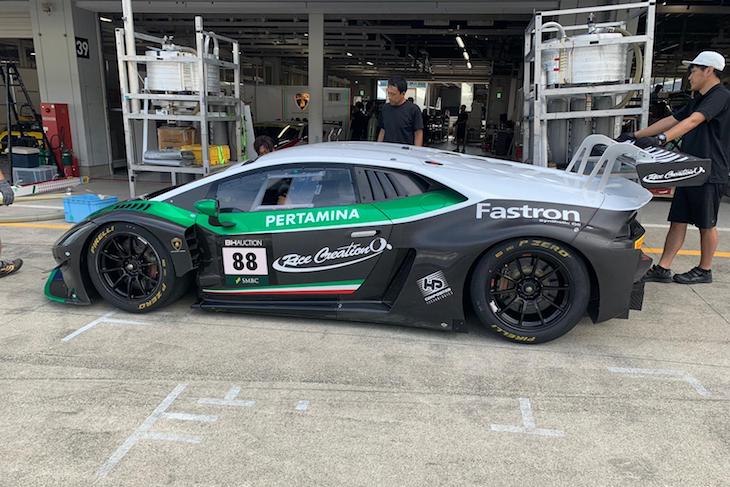 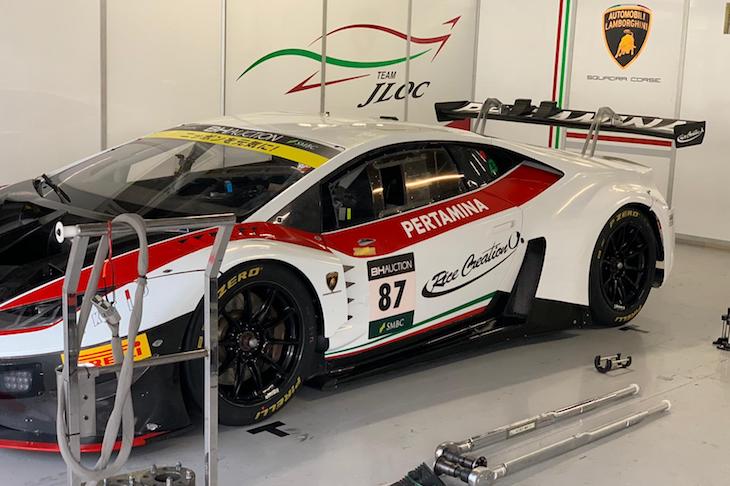 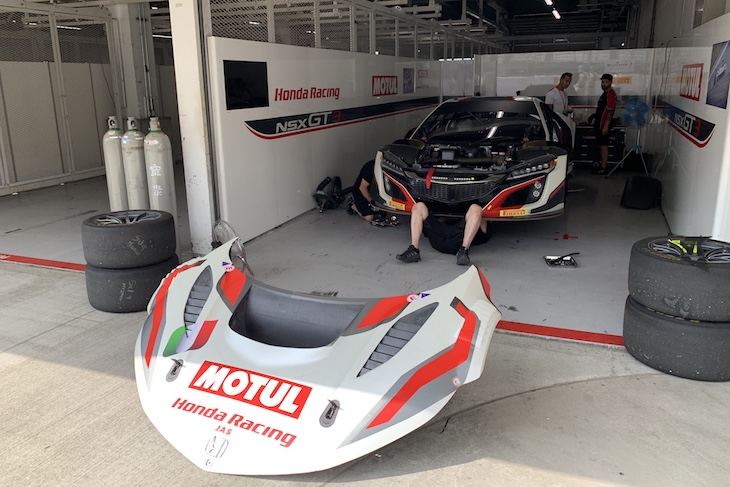 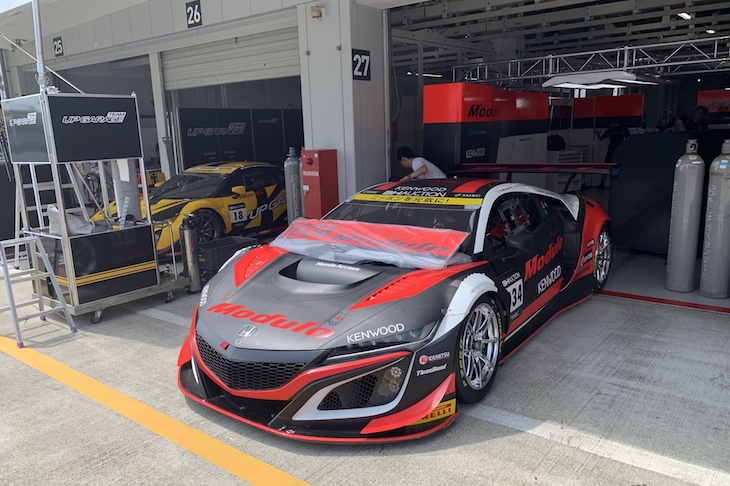 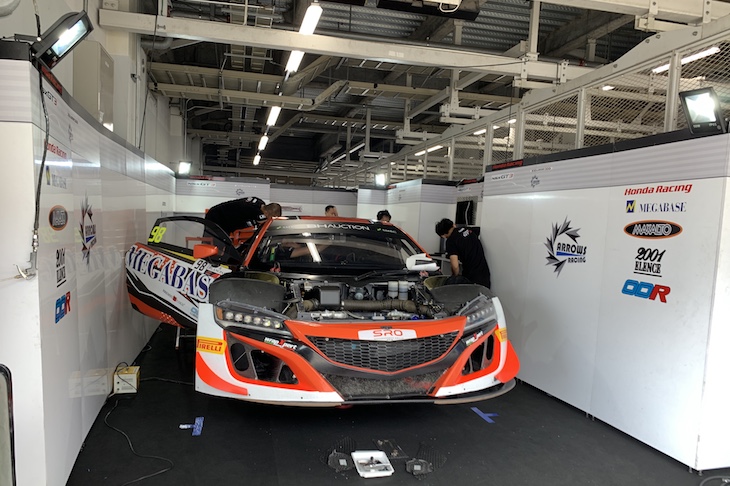 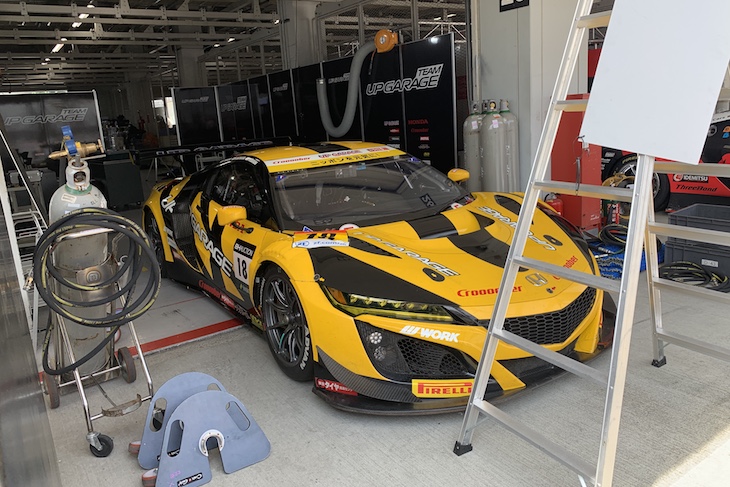 The Garage 59 Aston Martin is all present and correct too, as are both Strakka AMGs. 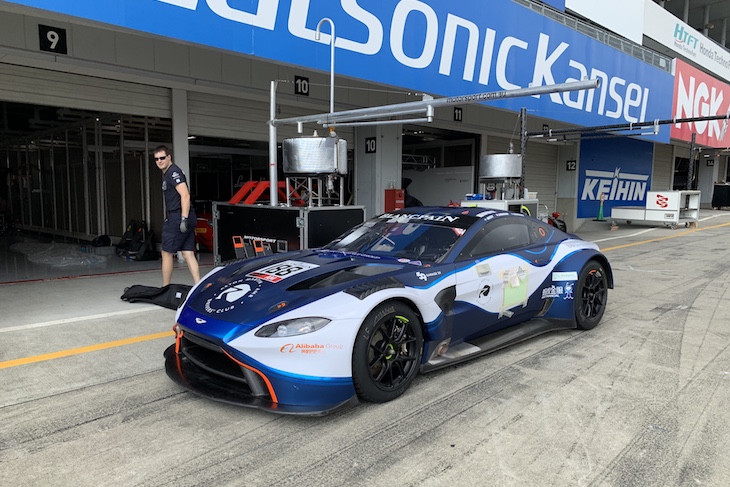 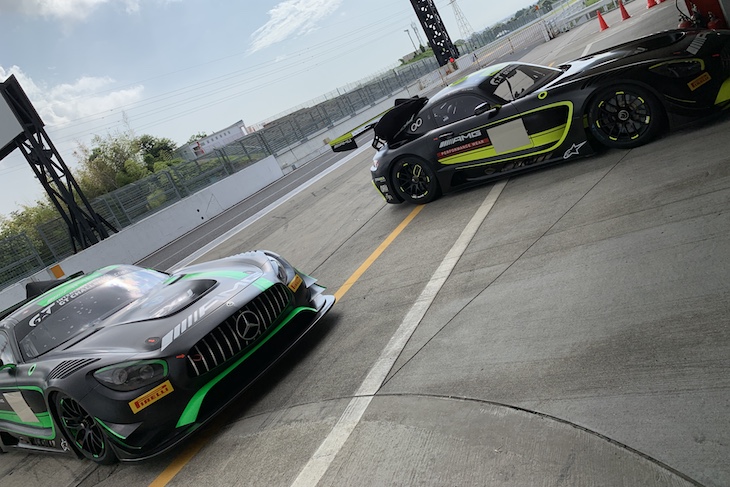 The Mann Filters AMG though was a late arrival, DSC understands the car is off-site undertaking an engine change, reason unknown.  The #77 Craft Bamboo AMG is here, but with some re-fettling of the support equipment needed to identify it by its Suzuka number rather than its regular #99. 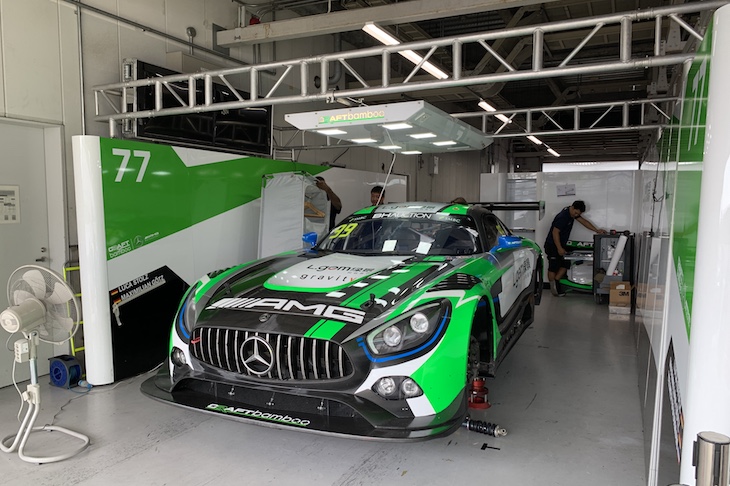 Absolute’s #912 Porsche is here and looking very attractive in its cherry red and silver colour scheme. 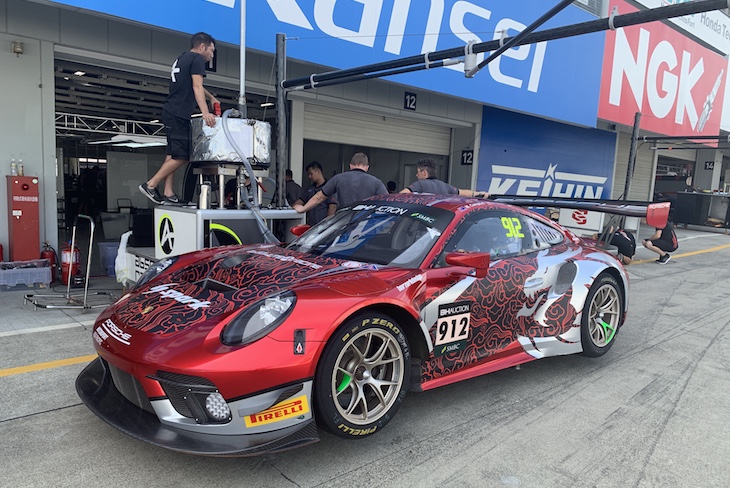 The EBM Porsche is another late arrival, some shipping delayed, this the team’s first IGTC race with a current spec GT3R was being fettled this morning, the car set to feature another spectacular livery.

The IMAK Porsche, a significantly older car than its neighbours, is here and ready too. 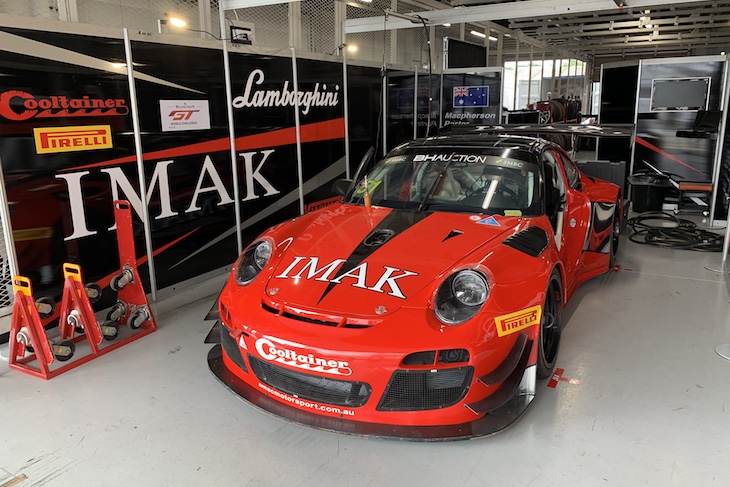 The LM Corsa team is keeping their car under wraps and seem cagey about anyone photographing it, at first sight (having seen it briefly in the garage) it doesn’t seem that different from the scheme seen in Super GT, we’ll see! 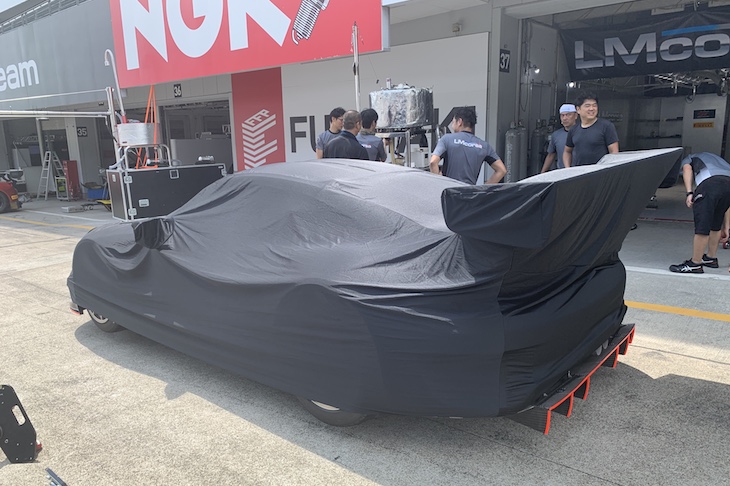 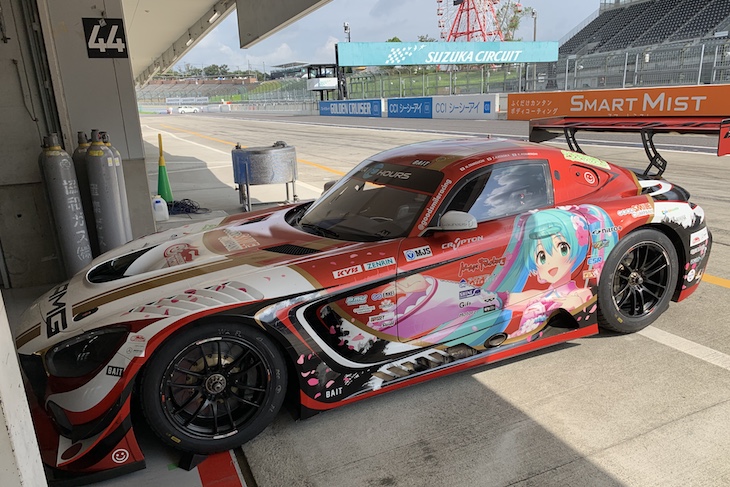 Sato SS Sports from Super Taikyu are garaged next to the Goodsmile car with their AMG. 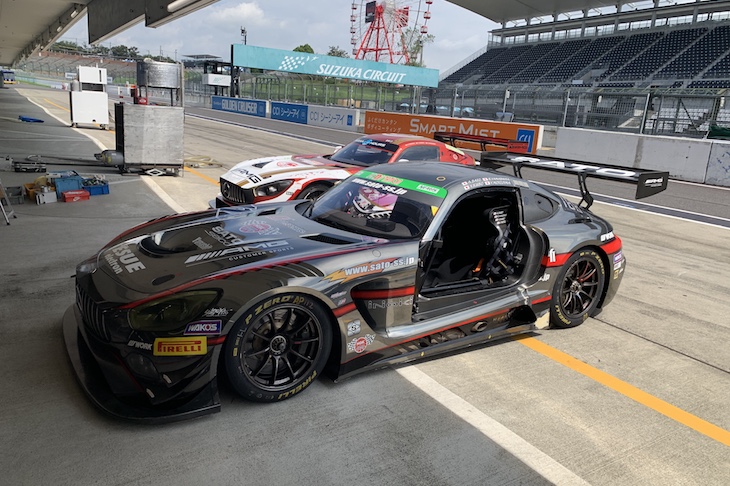 The #42 Schnitzer and Walkenhorst BMWs are already on parade too. 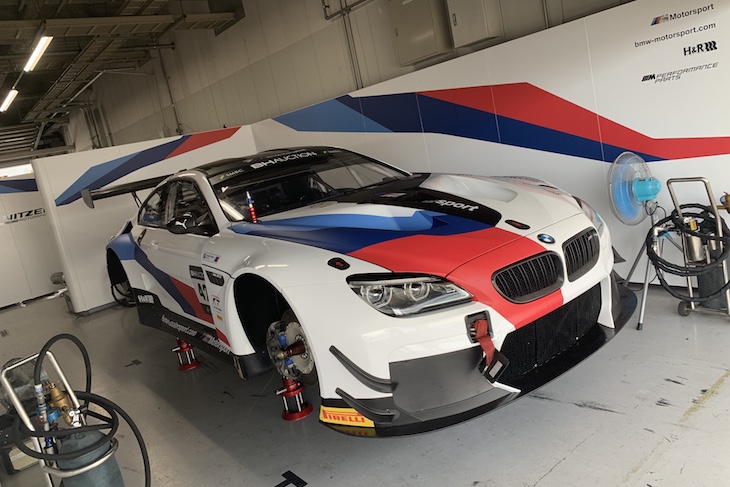 HubAuto Corsa’s Ferrari was already having much attention from the well-drilled crew, as was the SunEnergy1 AMG. 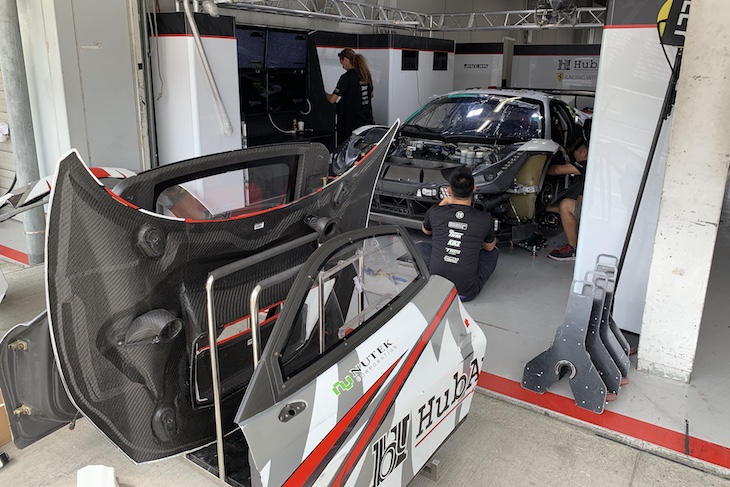 Later to arrive were the ARN and Car Guy 488s, but both were garaged by lunchtime. 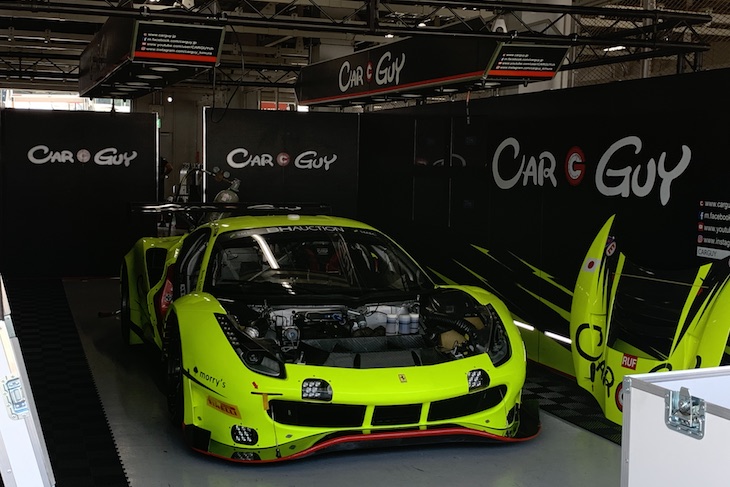 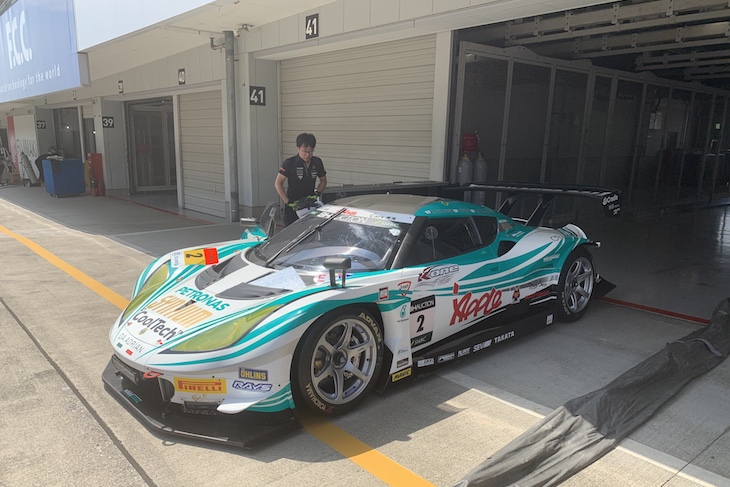 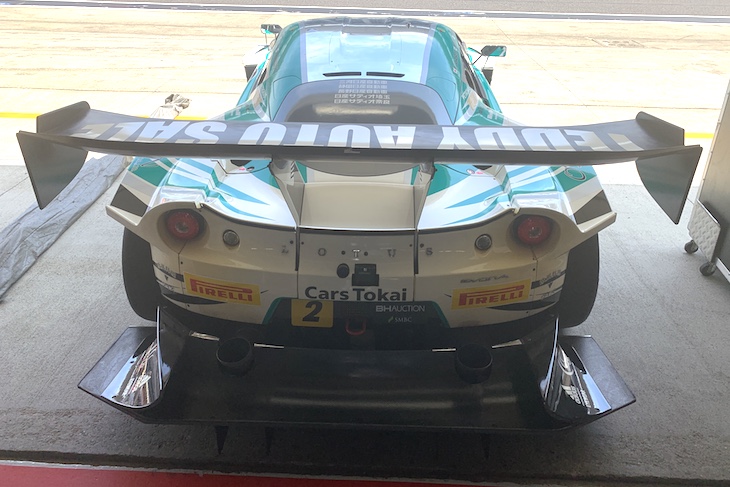 And the sole McLaren (after the withdrawal of the pair of McLaren Customer Racing Japan cars) arrived just before lunchtime, the Planex SmaCam 720S GT3 looking splendid. 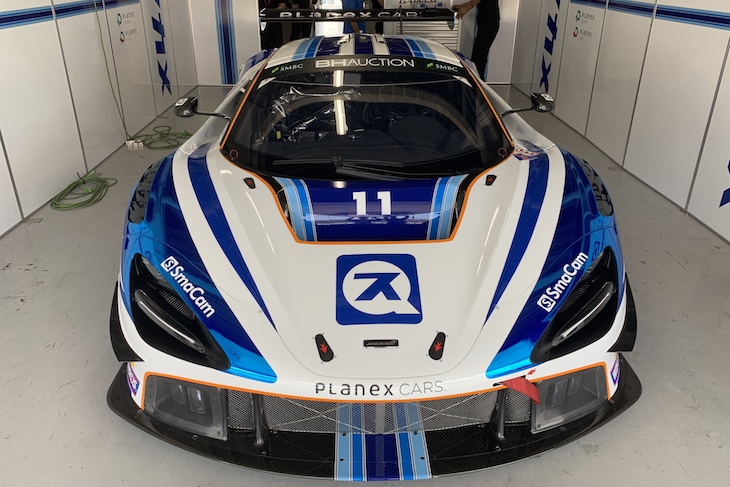 A couple of teams have additional cars stowed at the back of the garages, both IMAK (Lamborghini) and Craft Bamboo (AMG) with their regular World Challenge Asia machines. 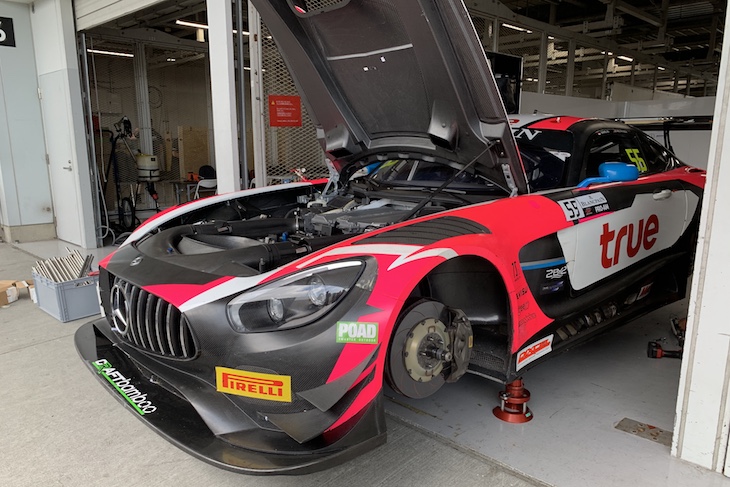