Another day of 30 degree plus temperatures saw the City Centre parade, cancelled last year due to heavy rain, go ahead as planned.

All 36 cars made their way down to the Suzuka City Centre Aeon Mall under police escort on closed streets at Lunchtime on Thursday with one car apiece from each competing marque staying on for a public exhibition and fan-focused stage show.

That gave us the chance to see the now-arrived EBM Porsche for the first time (pictured top), and the GruppeM/ Mann Filter AMG, now with engine swap completed. 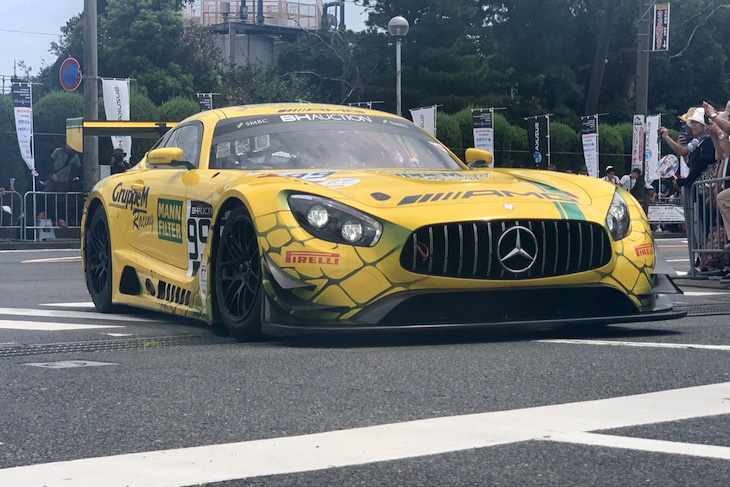 The LM Corsa Porsche showed off its livery too! 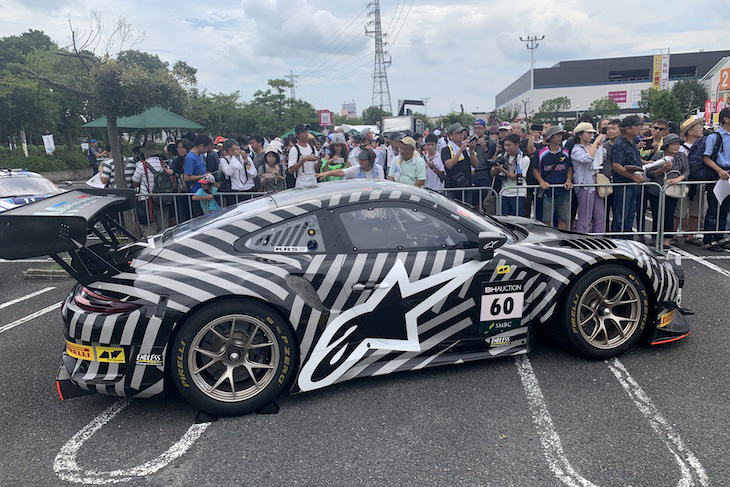 Selected drivers appeared on stage for interviews, followed by autograph opportunities for a large number of race fans.

The route brought the cars by the Honda Plant, currently building the CR-Z, Honda Fit (Jazz in the UK) and a range of Kei cars, many of the workers were permitted to greet the Honda NSX GT3 quartet as they passed, waving flags and getting full acknowledgement from the passing race drivers. 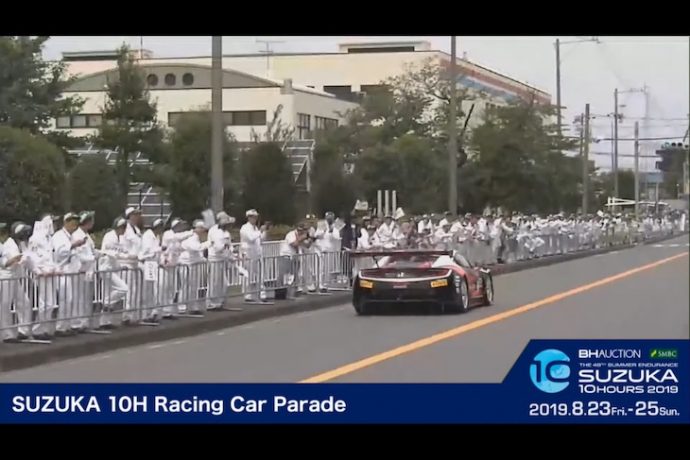 The Live Stream for the event, set to be broadcast on the GTWorld YouTube page and on Facebook is confirmed as having Sam Collins, Ronnie Quintarelli and Sonya Ito.

The event is sponsored by BH Auctions who are set to mount a pair of auctions on site this weekend with some significant racers, a Jagermeister liveried 1977 Porsche 935, a 1979 BMW M1 Procar and a first-generation Nissan Skyline GT-R racer. 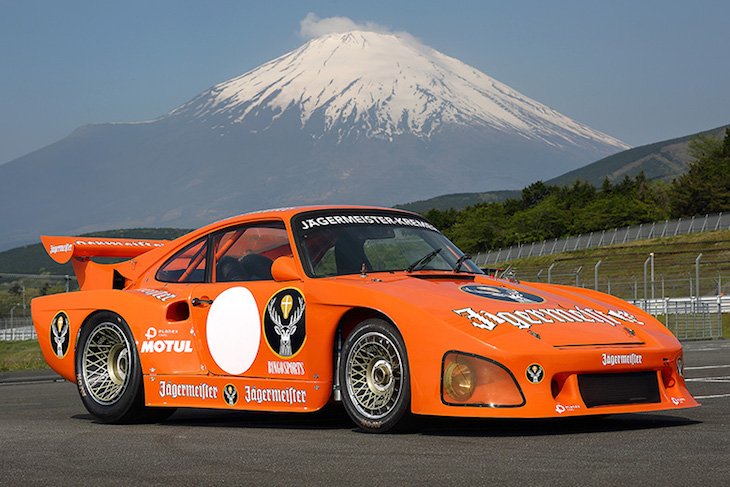