Passing first the Audi of Laurens Vanthoor just over the start line, then Matt Bell’s Bentley on the drive up the Mountain Straight at Mount Panorama Circuit, Chiyo’s remarkable drive to win the Bathurst 12 Hour made him the star of the show, in a race that desperately needed to make a new superstar in the wake of a needless row that kept the top talents of Australian Supercars away from the event. 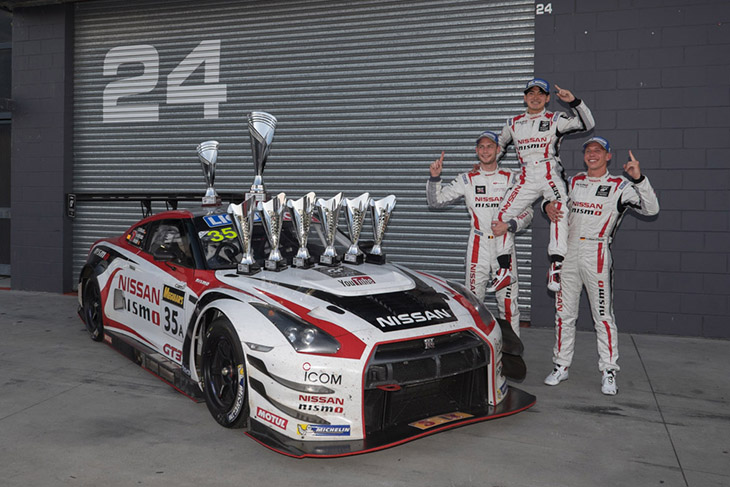 “That time in 2016, I was in the zone,” says the handsome young man from Tokyo. “100% concentration on driving, I wasn’t thinking about anything but chasing down Shane (van Gisbergen). It was a fantastic time.” That was the second act that almost saw Katsumasa Chiyo erase a 30-second gap and take the win from a Van Gisbergen-led Tekno Autosport McLaren 650S.

Just months prior, Chiyo had made history by adding a Blancpain GT Endurance Cup title to his CV, making him the first driver from Japan to win a major full-season sports car racing title in Europe. That same year, Chiyo played a major role in driving the Gainer team to GT300 class victories in the two biggest races of the Super GT season: The Fuji 500km, and the predecessor to today’s Suzuka 10 Hours, the Suzuka 1000km.

Now, in 2019, Katsumasa Chiyo is embarking on a new adventure, driving for KCMG in the Intercontinental GT Challenge, in a year that’s seen him return to Bathurst and Spa-Francorchamps, and make new adventures to tracks like Laguna Seca and Dubai. 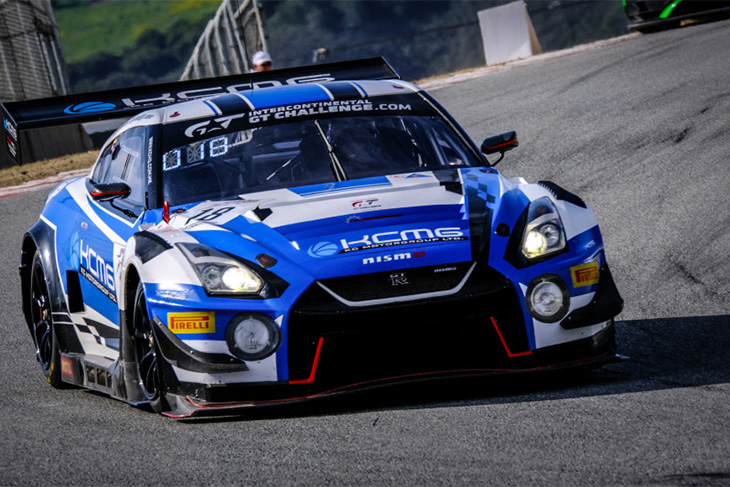 “This is a big, big challenge for me and KCMG,” says Chiyo. “I drove for KCMG last year at the Suzuka 10 Hours. Then, NISMO told me to drive this year, for the full IGTC season. When I heard about this, I was very happy to join the project! This is one of the biggest GT championships in the world, highly competitive. For sure, it’s going to be a tough challenge. But I always like new challenges in my racing career.”

“I hope I will benefit the team with my experience from the Blancpain series and also the Suzuka 1000km in Super GT.”

Chiyo was part of a two-car KCMG attack in the 2018 Suzuka 10 Hours, though neither saw the chequered flag despite having the pace to contend for an overall podium.

“I’ve done many big endurance races so far in my career, so I hope I can give the team some benefit. We have experience from last year. We were very disappointed with last year’s race, we had mechanical issues appear when we were running in the top ten. It was a shame, but I hope this year will be better.”

The new challenge from Nissan came as Chiyo was displaced from the two biggest championships in Japan after a difficult 2018 season. Nissan’s decision to massively overhaul their entire GT500 driver roster for the 2019 Super GT Series left Chiyo out of a drive after three seasons in the premier class of Super GT. After a difficult rookie season in Super Formula driving for B-Max Racing, Chiyo was replaced as Motopark Academy bought into the team.

Not that Chiyo hasn’t been busy in his time away from the IGTC trail. He still remains on the scene in Super Formula as the series’ official pit reporter. His involvement with Super Formula has also led him to become a commentator for the Super Formula Virtual Series, a new eSports championship backed by Gran Turismo Sport and the Japan Race Promotion (JRP), the promoters of Super Formula.

“This year, I’m driving a lot less, compared to last year. But, I’m more focused and concentrated on this Intercontinental GT Challenge championship.”
Chiyo even says that he’s gained a new perspective from his new commitments. “As a pit reporter and eSports commentator, I’ve had a chance to watch more races. I’ve learned a lot about what it’s like on the other side of the cockpit, and it’s given me a new perspective, giving me new ideas for how I race.”

“Sometimes, it’s a shame that I’m not driving more often. But other times, it benefits me and gives me more knowledge and experience. I’ve learned from my experience.”

As Jann Mardenborough and Lucas Ordonez came up through Nissan’s GT Academy in Europe, Chiyo was one of the very first prospects of the Japanese-based Nissan Driver Development Programme (NDDP), whose guidance and support had been instrumental to allowing Chiyo to reach the heights that his career had reached to date.

“When I started my racing career with the NDDP in 2007, I did an audition and got my first drive in Formula Challenge Japan. I drove FCJ for two years, then raced for three years in All-Japan Formula Three, and won the National Class championship in 2011. I really wanted to be a professional racing driver. And I thank Nissan for giving me the opportunity to drive, and to grow up. In motorsport, you always need the money and Nissan supported me. It’s my dream come true! I think I couldn’t have become a racing driver without Nissan!”

To realize his dream, Chiyo learned from some of the best drivers that have ever raced for Nissan.

“My mentor was (1998 GT500 Champion) Masami Kageyama, he was my coach in the NDDP project. Masahiro Hasemi, my team director in Super GT last year, and when I started to drive in Super GT in 2016, my teammate was (Three-time GT500 Champion) Satoshi Motoyama, a legend and a big hero in motorsports. They helped me a lot, I learned a lot from them.”

Of course, racing drivers have their lives separate from their profession. In Chiyo’s case, he has a love of music, coming from a family where his father was a professional musician.

“I love music, J-Pop, K-Pop, EDM… I don’t play instruments myself, but my father was a musician, a professional guitarist! Maybe that’s why I love music so much, I like to listen, but I don’t have the talent for playing music myself, so it must be better that I drive!”

In 2015, Katsumasa Chiyo put in three blistering stints to take the GT300 class win at the Suzuka 1000km, alongside the eventual GT300 Drivers’ Champion, Andre Couto, and Ryuichiro Tomita. To do so, Chiyo had to overcome an 88 kilogram Success Ballast handicap, dropping all the way to the back of the field early in the race, then had to hold off a hard-charging, world-traveled, endurance racing legend Jorg Muller, with the rain starting to fall in the last ten minutes to seal the win.

What does he feel about this year’s Suzuka 10 Hours?

“This year, we feel confident. The Suzuka 10 Hours is one of our biggest chances to win! I hope luck will go our way.” 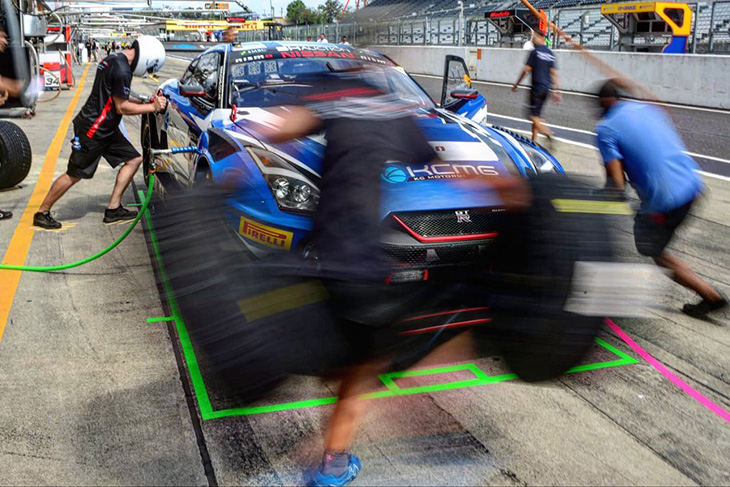 And, would success in the final two races in the IGTC campaign lead Chiyo back into Super GT or Super Formula?

“I cannot say yet… I don’t really know for sure. But I will try to push, and keep talking to Nissan and NISMO to do something next year. This project with KCMG is really amazing, to compete around the world with the biggest manufacturers in the world. My racing career is limited, and I want to drive again with a competitive team and crew behind me.”

Who knows what the future may hold. It had been easy to forget just how brilliant Chiyo was at the peak of his successes, not long ago in reality. A return to the top step of the Suzuka 10 Hours, an overall victory for Nissan and KCMG in Japan’s Great Race, could easily make us all remember just how special a driver Chiyo-san really is.