With the 2022 Gen II DPi regulations coming together apace and the negotiations between IMSA and prospective manufacturers looking to take part ongoing, the current DPi class during the 2020 and 2021 seasons is unlikely to see any further growth.

News that CORE autosport will walk away from DPi at the end of this season, is significant. If there are no buyers found for the two Nissan chassis then the number of manufacturers in IMSA DPi will be down to three: Acura, Cadillac and Mazda.

Ligier and IMSA are working hard on finding a solution to get the Nissan DPi(s) out racing once again in 2020. On the surface it looks like a long shot. But for any teams looking to step forward and race in DPi in the next two seasons, the options are limited. If a package can be put together by those behind the Nissan DPi project it could prove to be the most cost-effective. Time is of the essence but there is a deal to be done in a somewhat deja vu moment from 2018/19 when the Core programme emerged seemingly from nowhere. 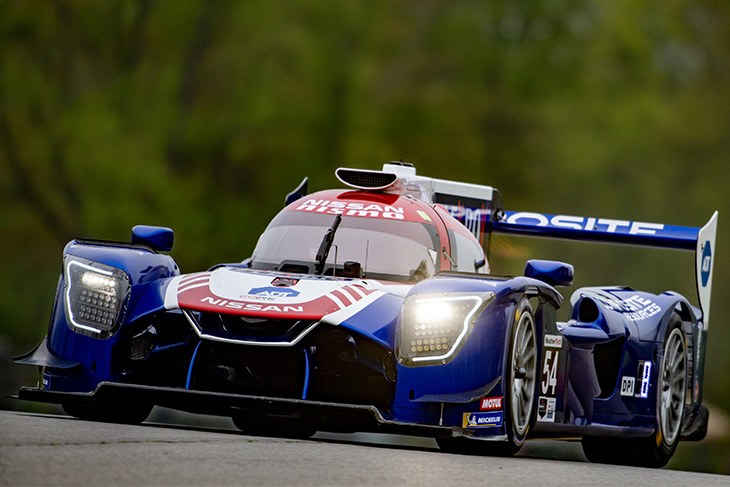 The only other choice that teams in the market to join the DPi ranks have, may come in the form of a customer Mazda RT24-P chassis. DSC believes that Cadillac remains unlikely to offer any further DPi V.Rs for sale, and Acura’s programme is still tied to Penske through an exclusivity deal for at least one more year.

Marshall Pruett wrote over on RACER.com that there is now the chance for a customer programme to emerge from Mazda, the marque confident after its change in fortunes this year that a customer effort is viable.

DSC’s Ryan Kish also spoke to the head of the Mazda Team Joest effort, John Doonan, about this very topic.

“Our hope has always been that we would have the programme in a place reliability wise that we could provide customer cars,” said Doonan. 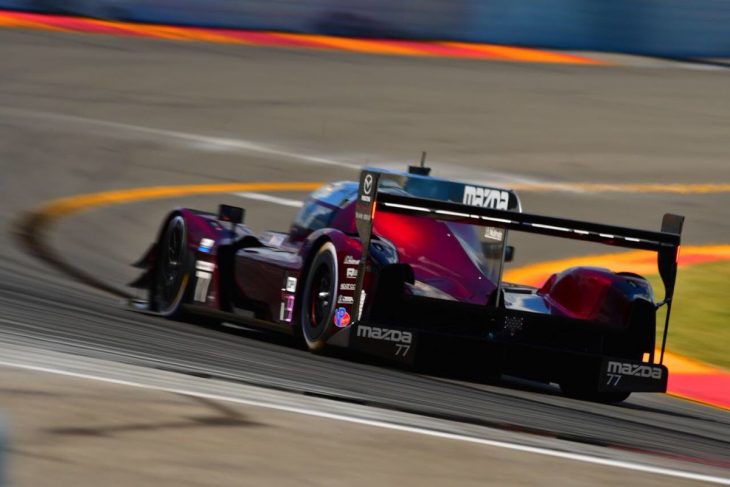 “Frankly, I don’t think we were ready for that in 2019. We may, and it’s a big maybe, be ready for that in 2020 but we have no discussions at this point with any customer operations. The goal was to make sure Mazda was successful, win races, podiums and then at the right time and the right place provide for customers, that has been our business all along in terms of grassroots programmes.”

It remains to be seen whether or not customer cars would be run by a team outside the current operation at this point. DSC understands via anonymous sources that Mazda owns every Riley LMP2 chassis now, and could run a third car using one of the in-house organisations it currently employs. There is the possibility that Multimatic or Joest could run cars separately from the current factory effort.

Mazda’s programme isn’t going anywhere, and thanks to its three wins this year is has never been in such a strong position. Doonan told DSC earlier this year that it is a five-year programme and the commitment to IMSA will continue come what may. There is a degree of uncertainty surrounding the management of the programme though, with rumours aplenty regarding how the DPi effort will be managed and run by Joest and/or Multimatic going forward. The on-going discussions and decisions from the top ahead of next season could, in turn, pave the way for additional cars to be fielded.

As for Cadillac, Action Express Racing and Wayne Taylor Racing look set to continue on with the GM-brand beyond next season, with some new driving talent likely to feature. 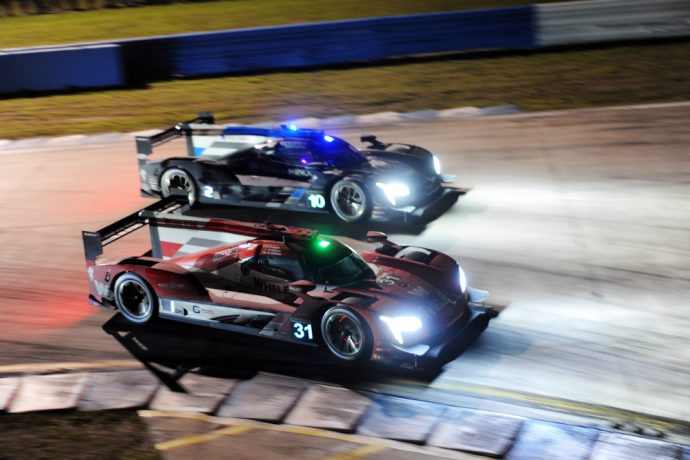 Wayne Taylor himself was rumoured to have been in conversations about other options for his team going forward, with one source telling DSC that a move to a new manufacturer for next year was being considered. It is highly unlikely that a change would come before Gen II though, as there is little sense in creating a programme and developing a car that will only be eligible for two seasons. It is not clear yet whether current DPis can be grandfathered into the new regulations with the addition of a hybrid system.

In addition to WTR and AXR, JDC Miller has confirmed to DSC that it too will continue to race with Cadillac in DPi going forward.

“We’ll run our cars through 2021 for sure, and hopefully beyond,” John Church said. “We haven’t spent time looking at the next generation yet, I don’t think anyone knows what they look like yet. But we’re committed to 2021 and beyond that there’s no reason for us not to continue, we just have to understand what (DPI Gen II) it is.”

However, Juncos Racing, which like JDC Miller has had a challenging maiden DPi season, is a question mark. Ricardo Juncos’ outlook is different to John Church. He told DSC that his team’s future in IMSA currently hangs in the balance due to issues finding sponsors and drivers willing to sign up for the full season.

“So now we’re going to do the final race at Petit Le Mans, and that will be the end of this championship for us,” he said. “We don’t know if we’ll be back. We don’t have a sponsor and we don’t have drivers with the money.

Is there a chance Juncos could look to change its fortunes by moving to a different chassis? Ricardo said that is not on the table. 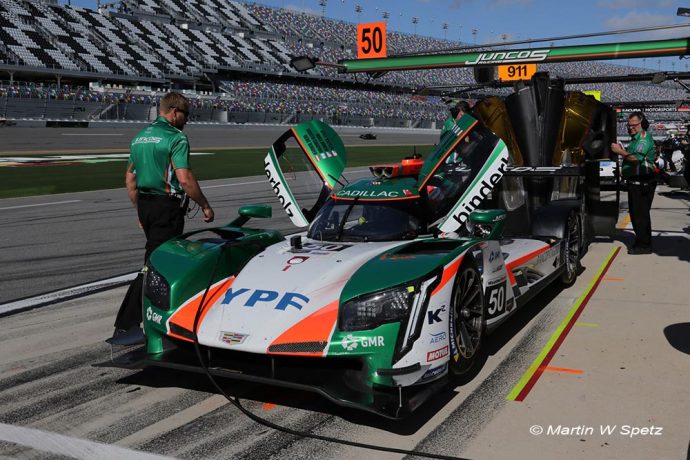 “For me, we need to stay with a Dallara car, unless a new manufacturer comes in with Dallara we could change to that one,” he said. “These cars are difficult to sell and we are already here. If someone comes with an opportunity we’d think about it but I’m very happy with Cadillac, there’s a good level of professionalism and I have a relationship with Chevrolet through IndyCar.”

Beyond Juncos’ struggles commercially, the lack of strong results has been a notable source of frustration for the Cadillac teams this year. Various anonymous sources have expressed their dissatisfaction to DSC regarding BoP and the performance gap between Cadillac and the other manufacturers at various points this year.

“The problem is that Cadillac is being hit with BoP. Everyone knows that we’re racing for P5 or lower,” one source said.

“When Cadillac has six cars, you can’t play games across different teams, while the other manufacturers only have one or two cars. The disadvantage is massive. We can’t win races except maybe Daytona, which is a lottery.”

Are there any teams or manufacturers’ currently looking at joining DPi in the short term? Yes. There has been at least one existing team in the IMSA paddock entering discussions about a leap into DPi in recent weeks, but that appears to have faded.

As for manufacturers, due to the reasons above, with only two seasons remaining in the current set of regulations, it makes financial sense to wait until the new cycle begins. Ford appears to have pushed back a return to IMSA as a factory to at least 2022. Lamborghini, Hyundai and McLaren have often been bandied around as potential newcomers too, but none of them has made any concrete decisions at this stage while IMSA continues to work on the finer details of the 2022 ruleset.