Like LMP1, GTE Pro has seen a hit in numbers. Ford and BMW are gone, and that, of course, is a huge disappointment. But we still have three factory teams set to go at it hammer-and-tongs this season, and a brand new car from Porsche, which will make its global race debut in the UK this weekend.

Let’s begin with talking about Porsche, as the first weekend for its new 911 RSR 19 is arguably the biggest storyline in GTE Pro during the opening weekend.

So just how different is the 911 RSR 19? From a distance, it may look like a revised version of the previous generation 911 RSR. But, ask anyone at Porsche and they will tell you that it is a brand new car.

“In terms of major changes, it the same base of the chassis and same front headlights, and that’s pretty much it,” Kevin Estre told DSC back at the Prologue. “It’s really pretty much a new car. When you look from far away you don’t see it so much because it has the DNA of a 911 but everything is new basically. 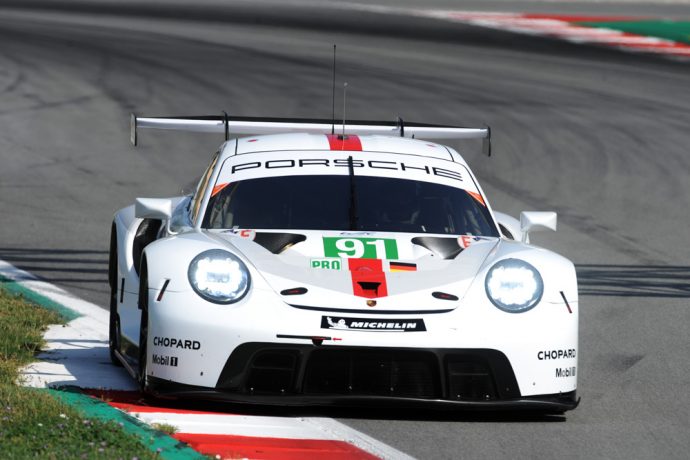 “The development has been good, you feel that you’re in a 911, you feel that you are in something which is close to our old car, but has improved in many ways. There are big changes to the cockpit and the drivability of it, and that’s a big part of the improvements.”

Aerodynamically, Porsche believes it has made strides with this new car. In terms of its power-plant too, there’s been a change. The 911 RSR-19 is powered by an updated/upgraded, rear-mid mounted six-cylinder naturally-aspirated engine now of 4.2 litre (4.194 litre) displacement, the largest ever ‘boxer’ configured engine in a works 911 racing model. It’s still loud, so don’t worry, though it must be noted that it isn’t quite as vicious as the previous model.

So will it impress off the bat? It ran faultlessly at the WEC Prologue, completing 362 laps (1685km) in Spain during its first public appearance. That is certainly a sign that it’s ready for competition.

In terms of drivers, Porsche has stuck with the same full-season quartet that steered it to a Le Mans 1-2 and a GTE Manufacturers World title last season. Kevin Estre will race with Michael Christensen in the #92 and will hope to mount a title defence this year, while Gianmaria Bruni and Richard Lietz will share the #91.

It will be interesting to see just how much can be achieved in season 1 for this new car. It has a lot to live up to after the previous model’s ultra-successful ‘Super Season’, and its dominant form in IMSA competition this year.

As for Aston Martin, it will hope that it can find consistency this season. The Vantage AMR did score two wins last year, at Shanghai and Spa, where it appeared to be at its best in wet conditions. In the dry and in the heat, it tended to impress during Qualifying and fade away during races.

This, according to Alex Lynn, was down to the tyres.

“The car has always been extremely strong in Qualifying because it puts a lot of energy through the front end, which generates a lot of front-grip, front downforce and switches on the tyres really well,” he told DSC. “So in Qualifying and in the rain, it’s lightning-fast.

“Gradually we improved the car through the season. We’ve been working hard with Michelin for this season. Unfortunately, the decision to switch to Michelin was late, we had to rush the process of choosing which constructions and compounds to use, and we paid the price in the hotter races with high tyre degradation.”

With a full season of racing under its belt, AMR should feel confident that it can challenge for the title. Like Porsche, it returns with the same drivers: Nicki Thiim and Marco Sorensen in the #95, Alex Lynn and Maxime Martin in the #97. That consistency should help, as all four are now well versed in the nuances of the car. 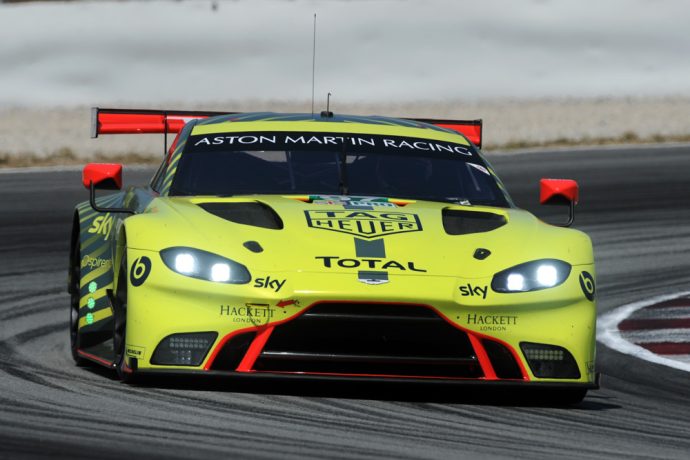 To win the title though, Aston will have to better the reigning champion, Porsche, and AF Corse which is still relatively fresh from its Le Mans win.

The win at Le Mans will have come as somewhat of a relief for the AF Corse Pro effort, after a string of disappointing outings at La Sarthe with the 488 GTE since its debut. James Calado and Alessandro Pier Guidi pair up again in the #51 Ferrari, and will be gunning for another World Title together this term.

In the sister car, there is a new face, that being Miguel Molina, who will race alongside Davide Rigon in place of Sam Bird. Bird departs AF Corse due to the uncertainty surrounding the calendar clashes between the FIA WEC and Formula E. In this instance, Bird has made his choice, and focused on the latter, leaving a full-season seat open. He will be racing for Ferrari in GT cars in the coming months, though his programme is yet to be defined.

So, in steps Molina, who has plenty of experience with the Ferrari 488 from his time spent with Spirit of Race in 2017 and his role as the third driver in AF’s Pro team during the ‘Super Season’. With this full-time drive, the Spaniard will hope to reignite the fortunes of the #71 488, which hasn’t taken a class win since Bahrain 2017 and only finished on the podium once last season, in the opening race at Spa. 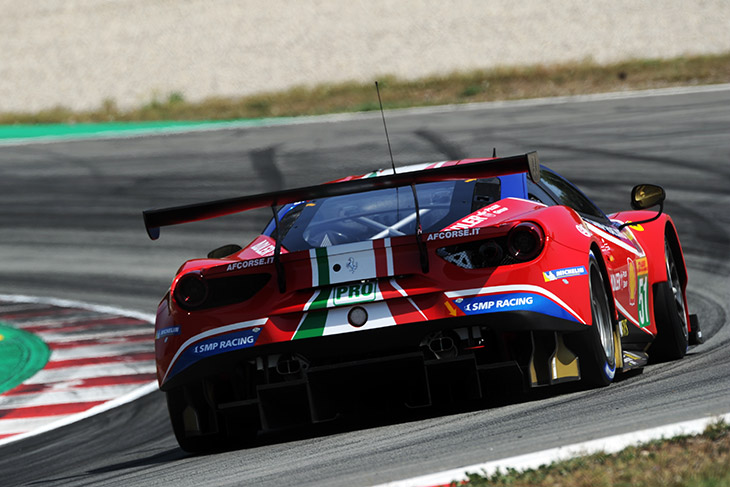 Whether he can or not may well depend on the consistency of the 488 GTE EVO throughout the season. The ‘Super Season’ wasn’t easy for the Italian team, which had to spend time optimising the performance of the car in EVO spec. Calado told DSC that he felt the EVO 488 performed no better than the previous iteration during the ‘Super Season’.

“Unfortunately for BoP reasons a lot of the changes we made were taken away, so we didn’t really gain anything,” he explained. “In fact, we lost a bit of performance compared to the previous car. We lost a bit of downforce at the front. We had to make a lot of changes to counteract that.”