Carlin’s original chassis has been damaged beyond repair on-site, in an incident in the opening ELMS free practice session of the weekend this morning. Jack Manchester’s off at Stowe was caused by a rear brake failure, which sent him nose-first into the barriers, breaking three of his ribs. 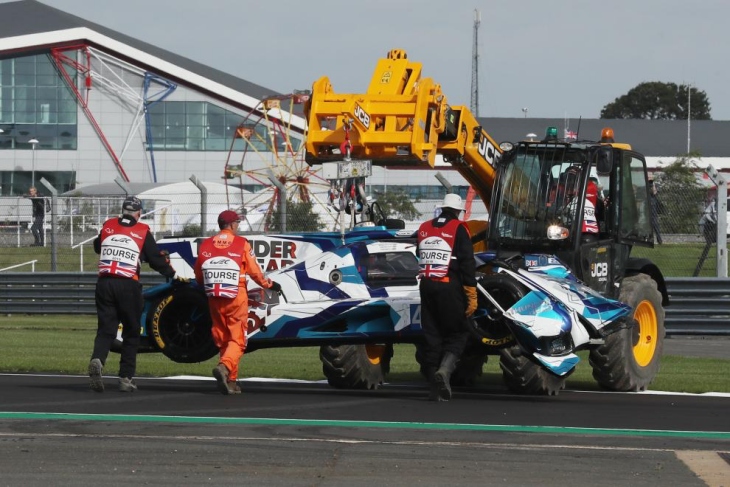 As a result, Manchester is unable to race tomorrow.

Carlin believes it will be able to run its newly-built car tomorrow prior to the race in Qualifying.

A statement from the team this evening reads: “Following a brake failure for the #45 car during ELMS free practice this morning, Jack Manchester made a heavy impact with the barriers at Stowe. Having been transferred by road to the John Radcliffe Hospital, Jack was diagnosed with two broken ribs and is undergoing further tests.

“He will not take part in further sessions this weekend. Jack will be present for tomorrow’s fan autograph session and will be in the garage supporting the team for tomorrow’s race. Further announcements will be made in due course.”

DSC understands that the driver set to replace Manchester is set to be revealed imminently.

Everyone at DSC wishes Jack Manchester a speedy recovery.