Carlin’s newly-built Dallara is ready for today’s ELMS race, after Jack Manchester’s off in FP1 yesterday left the team scrambling to source a new car.

In the end, the team has had to use Cetilar Racing’s spare tub and replace Manchester with Harrison Newey on short notice. DSC spoke to Ben Barnicoat to get further insight into the team’s efforts to take part in today’s ELMS race

“The guys were here until 3:30 am,” he said. “We were lucky that Cetilar had a spare chassis with them that they could lend us today. The guys have been working until late to get it ready. Luckily there was a chassis loom in it, which saved us time or it would have been an all-nighter. It wasn’t easy but the guys have got the job done. Hopefully, it will be okay.

“We tested before the event, but it was wet. This means going into the race we haven’t had much dry running. Harry [Tincknell] got six laps in the car before Jack [Manchester] climbed in. I’ve still yet to drive and Harrison Newey has yet to drive, which has hurt our qualifying plan.

“To be eligible to race, Harrison and I have to complete a lap. At least I’ve been racing the car all season, Harrison hasn’t driven a Dallara since Le Mans last year.” 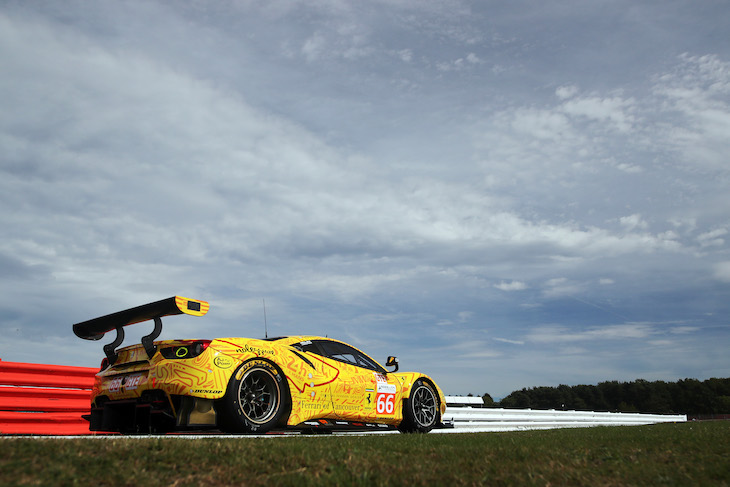 Wei Lu and Jeff Segal are new to Silverstone and have had to maximise the few laps they’ve been able to accumulate in JMW’s Ferrari 488 (above) during practice ahead of today’s race. DSC spoke to Lu, who said he’s really enjoying the challenge of learning the new circuit.

“It’s probably a top-three circuit for me,” he said. “I really like it, the flow is great. There aren’t many circuits like it. There are so many fast corners, you’re on the limit all the time.

“I’ve had only 10 laps this weekend. I don’t know if I’m up to speed yet. Jeff I think has had 15 laps. It’s going to be hard for us, Jeff and I may be a second off because we didn’t do testing beforehand. My only prep was video games!” 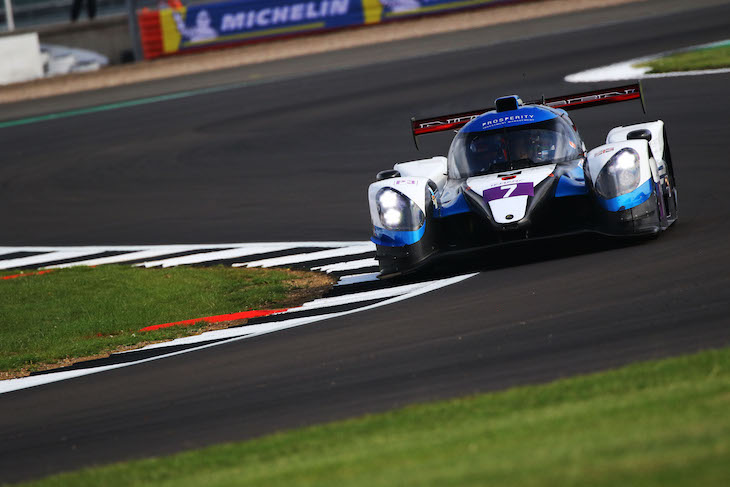 Nielsen Racing driver Colin Noble thinks it will be a close fight between the Ligier and Norma teams in today’s ELMS race at Silverstone.

Noble, who’ll drive the #7 Nielsen Racing Norma M30 (above) today has experience driving on the circuit with both cars now, after racing in a Ligier JS P3 at with Nielsen last year.

“The new surface is very grippy, very smooth, it’s nice to drive. The tyre deg is better than it was before,” he said. “I’d say the Norma isn’t poor here, but the Ligier should be strong. I don’t know if Ligier will have an edge here, because of the high aero stuff. The Ligiers should be close here.” 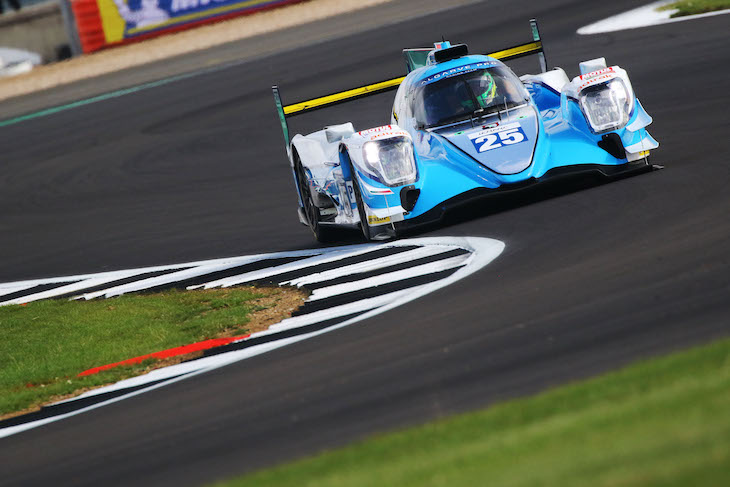 Falb looking to build on a strong finish in Spain

Algrave Pro Racing driver John Falb says he hopes to build on his sixth-place finish in the 4 Hours of Barcelona last time out. His performance in Spain, he feels, was his best yet in an LMP2 car.

“I’m really enjoying LMP2 and the car. It took a little longer to get my head around than I thought. But I’ve had a lot of laps this year and the team has made it easier to drive. It’s amazing how fast these cars are.

“At Barcelona, we had a really good run, I was really happy, it was my best race in LMP2, I brought it in seventh after a double stint and my super Pros (Olivier Pla and Andrea Pizzitola) managed to bring home a sixth-place finish, our best of the season. We hope to improve on that here.”

DSC also asked him for his thoughts on the newly-laid surface at Silverstone. Falb says it feels noticeably smoother this year.

“The new surface is really smooth. I don’t know how they laid it down, but when they resurfaced it a few years ago there were still bumps. It’s now not bump-free, but it’s really smooth and the grip level is really high. Even in the wet it’s great, we tested in the wet and there’s quite a bit of grip in the wet.” 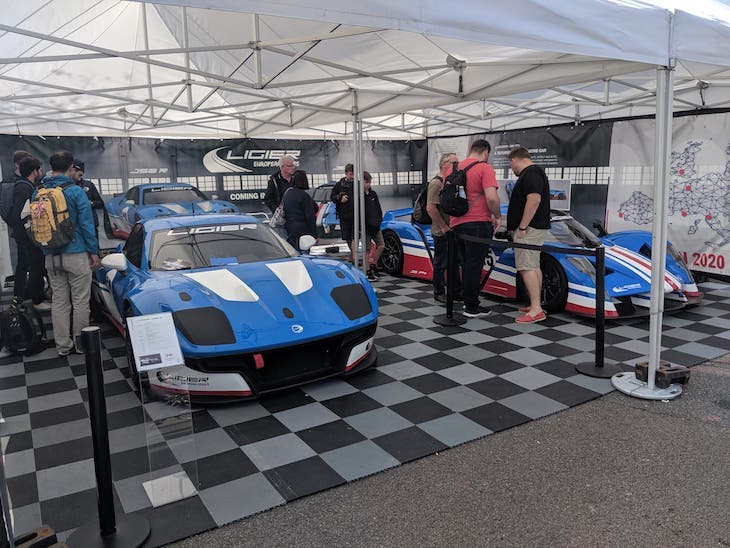 Ligier Automotive has set up a display in the ELMS paddock at Silverstone (above) featuring the JS 2R and JS P3 models which will feature in the new 2020 Ligier European Series.

DSC spoke to Pierre Nicolet in the build-up to this weekend about the progress made since Ligier launched the championship in Barcelona. It’s clear that a lot of work is going on behind the scenes to ensure the grid in the ELMS-supporting series will be strong in Year 1. Watch this space! 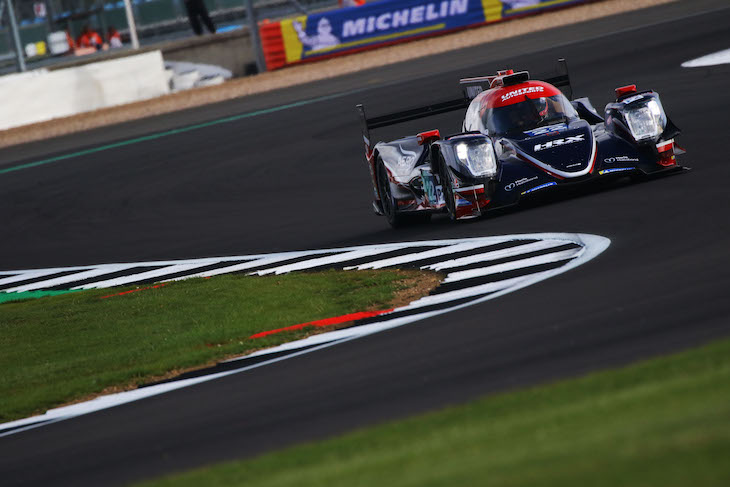 It’s been a strong debut weekend so far for United Autosports with its new ORECA 07 Gibsons. The British-flagged team topped the LMP2 class in all of the ELMS and WEC sessions with its new 07 Gibson. This is also a pretty big weekend for United. Despite there being no Le Mans Cup running at Silverstone, the team has been involved in the two championships at the ELMS-WEC double-header for the first time.

In total, United has four ELMS cars (two in LMP2, two in LMP3) and a single car in the WEC. For this effort, the team has 80 staff on-site, with 30 of them dedicated to the FIA WEC P2 programme. The only members of UA making the trips between the two paddocks throughout the weekend have been Hanson, Filipe Albuquerque, their race engineer and team owner Richard Dean.

On a related note, DSC understands that Panis-Barthez’s new ORECA 07 Gibson, which is making its ELMS debut this weekend, is the ex-CORE Autosport ORECA that was campaigned in IMSA last season.

You can watch today’s ELMS race on the official ELMS YouTube channel HERE >>>. The race starts at 14:30 local time.

As ever, DSC’s editor Graham Goodwin, and RSL’s Jonny Palmer will be in the commentary booth.