LMP2
Ben Hanley’s last-ditch improvement took pole position by 0.3s for Dragonspeed’s Oreca-Gibson, but the British driver’s lap of 1:41.798 was under threat right until the chequered flag in a three-way battle with Paul-Loup Chatin (IDEC Sport) and Filipe Albuquerque (United Autosports).

Chatin was the first LMP2 runner into the 1:42s, before Albuquerque and then Hanley established Oreca/Michelin dominance. Nicolas Lapierre’s #37 Cool Racing Oreca completes row two of the grid, with under half a second covering the top four.

The fastest Dunlop-shod car was Will Stevens’ Panis-Barthez Competition Oreca, in fifth place overall and at 1:42.716, a second off pole and one-tenth shy of Lapierre’s fourth-place time.

Albuquerque pushed back hard having briefly traded times at the top. A spin at Club, stalling mid-track, ended a spirited effort: a solid challenge
nevertheless for the #22 entry, with it’s brand new Oreca chassis having hardly turned a wheel prior to arriving at this meeting.

Chatin might also have improved in the #28 IDEC Sport Oreca had a spinner in front of him not distracted a late flying lap.

Ben Barnicoat and Harrison Newey both needed to post a lap after yesterday’s drama and would, therefore, share the session in the re-tubbed Carlin Dallara, placing the car at the back of the LMP2 class for this afternoon’s race, which starts at 14:30 local time. 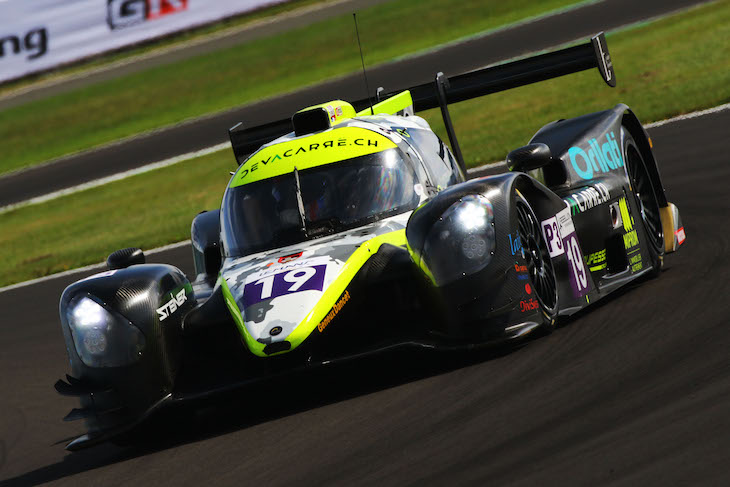 LMP3
M Racing’s Yann Ehrlacher came out on top after a feisty scrap for LMP3 grid positions, the French driver’s 1:53.468 putting the #19 Norma M30–Nissan on pole.

The Normas of Damiano Fioravanti (Oregon Team) and Mikkel Jensen (EuroInternational) had traded times in rapid succession, Fioravanti coming out better. That was before Matthieu Lahaye’s #17 Ultimate Norma deposed the Oregon Team car by a hundredth of a second for second place. This dropped Jensen onto the second row of the grid in fourth place. 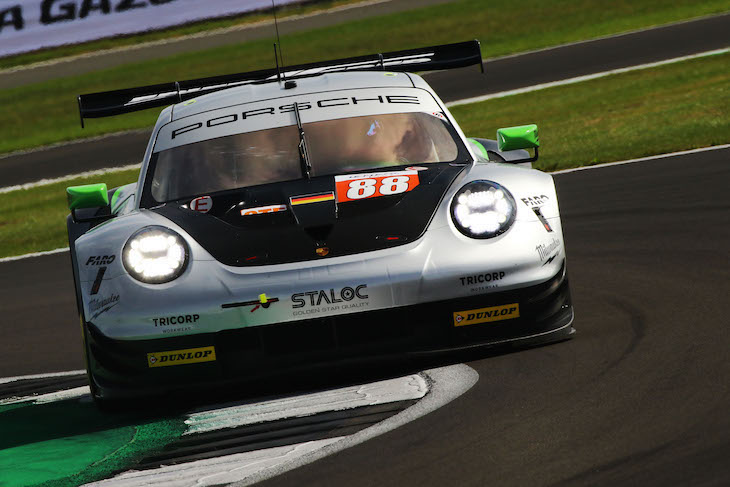 The Austrian’s position was never really threatened, and as other times started to edge forwards his Porsche’s dominance was assured; a 1:55.322 late in the session left him eight tenths clear on pole having taken a change of tyres.

Andrea Piccini’s 1:56.178 placed the Kessel Racing Ferrari second on the grid before overcooking its entry at Village corner and spoiling any chance of a quicker attempt, while the Spirit Of Race Ferrari was third, Matt Griffin having shown well early in the session in the #55 entry.