Two drivers have been ruled out of today’s race on short notice. 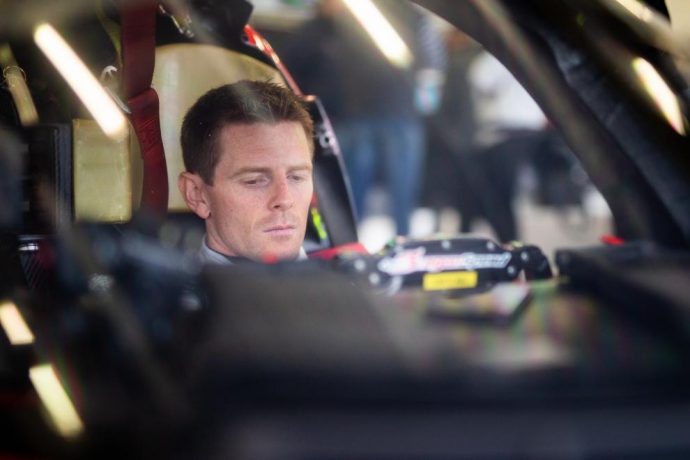 The first is Alex Coigny from Cool Racing has sustained suspected fractures to his pelvis in yesterday’s accident in the European Le Mans Series race. There, he was hit drivers’ side by the Duquiene Engineering ORECA while stationary at Brooklands having collided with an LMP3 and spun around.

The second is Jota Sport’s Anthony Davidson, who damaged his ribs in a karting accident six weeks ago. He managed the prologue, believed he would be ok here, but with a new seat in the car, he felt it go in FP1. With just four weeks between Silverstone and Fuji, he’s unlikely to make Round 2 of the season either. It’s the same for Coigny.

Neither driver will be replaced for the race, so both teams will compete with two drivers.

Nakajima on the Nürburgring and the end of LMP1

After Toyota Gazoo Racing LMP1 boss Rob Leupen spoke of his desire to take on Porsche’s Nürburgring lap record in the media earlier this year, you’d suspect that a hot-shoe of Kazuki Nakajima’s calibre would be the ideal driver for such a project. 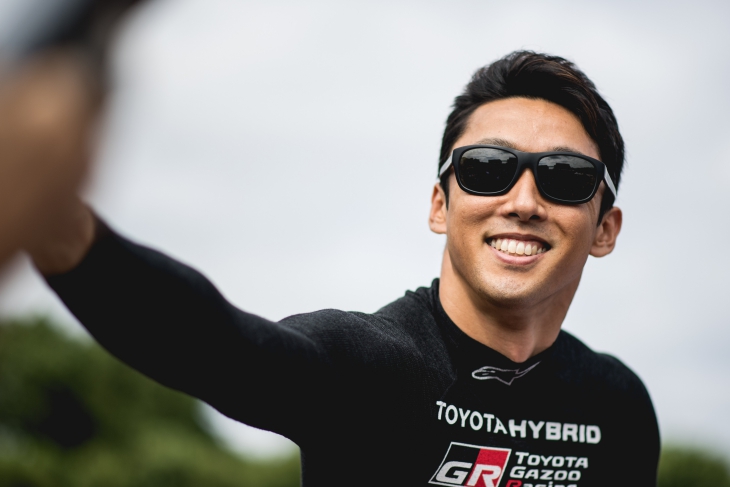 However, the Japanese racer was very quick to opt-out of an opportunity to break Romain Dumas’ 5-minute 19 second time set in the unrestricted Porsche 919 Hybrid Evo, and getting behind the wheel of a similar TS050 generally.

He said: “It depends on which track, I think! Not the Nürburgring, because I have never driven the whole track properly; I think Seb or Jose would be the ones to do that!”

Despite not exhibiting a desire to feel the sheer speed sensation of the ‘Ring at full chat, the 34-year-old, who has raced throughout the LMP1 Hybrid era, expressed sadness to see the end of this particularly rapid era in top-class endurance racing come the end of Season 8.

He commented: “It feels a little bit sad to know that is going to be the last season for this kind of quick car. Even compared to two years ago, our speed is even quicker.

“So it is a shame from that aspect, but at the same time, we as drivers look for good racing as well. However, we definitely need to enjoy this speed while it’s here. Next year, regardless of the car’s speed, it is always exciting to have something new, so that [the Hypercar] is also exciting for the driver.

Nakajima elected to do two consecutive flying laps in qualifying on Saturday, going against Toyota’s typical out-lap, flying lap, in-lap strategy for standard WEC events. Nakajima explained that while there was no specific mistake on his first lap, he felt he hadn’t performed an optimal tour of the Silverstone circuit.

He told DSC: “I just didn’t nail everything from the car. I could feel that, so I decided to go for the second lap; I think I more or less extracted everything I could have, even though it still wasn’t enough to be quicker than car #7. For [Sunday], we still have to go through lots of stuff to try and close down this gap; many jobs to do.”

Yoluc and Eastwood happy to have new Vantage, Jonny Adam

TF Sport’s Salih Yoluc and Charlie Eastwood come into today’s race with the GTE Am pole position, along with team returnee Jonny Adam, after an impressive showing in the new-to-class #90 Aston Martin Vantage AMR in qualifying. 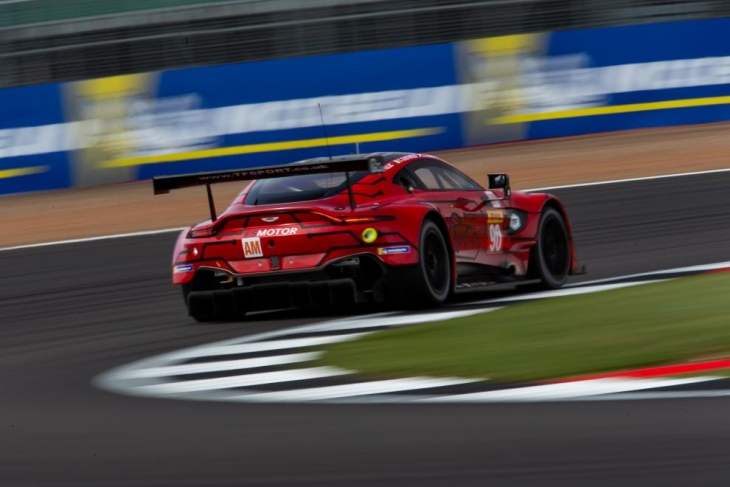 The pairing spoke favourably of both the new car and their factory-blessed teammate.

Yoluc said: “[Compared to the old car] it’s hard to believe it’s racing in the same category. It’s a night and day difference, and it makes our lives so much easier, to be honest. Last year we had an ageing car and really bad BoP all season. With an old car, it’s really hard to overcome the BoP but with the new car, it’s easier not to get screwed over [with the BoP].

“I literally feel like I can drive a lap time without really looking for it or pushing for it. It’s super easy to drive, and in fact, if you try to look for a lap time it’s not coming; you have to be smooth. Even out of corners its much smoother.”

Charlie Eastwood spoke favourably of the Vantage AMR also but was particularly keen to highlight the working relationship between him and Adam. He said: “Obviously Jonny had some experience with the car last year, so he can bring a lot to that. But he’s been around the game for so long, he’s one of the most well-rounded drivers you can have, and the great thing is that all three of us and the team click so well.

“There’s no ego between us. If the team say ‘Okay, Charlie’s doing qualifying or vice versa, it doesn’t matter. We just want to deliver the job, and that makes things so much better. I think on a trust basis as well, you run out of tyres and time a lot in WEC. So I trust, if he tries something on setup, that it is right or wrong, and he does the same with me.

“You get to the result faster, and obviously that’ll be huge this year.”

Team LNT’s super-sub Oliver Jarvis, who only saw the car for the first time on Thursday evening, has settled in well to the G60-LT-P1. The 35-year-old said: “It was my first lap on Friday, and my first lap on new tyres in qualifying, so it’s been a steep learning curve but I’ve got to say, it’s a really impressive car. I’m very pleasantly surprised. 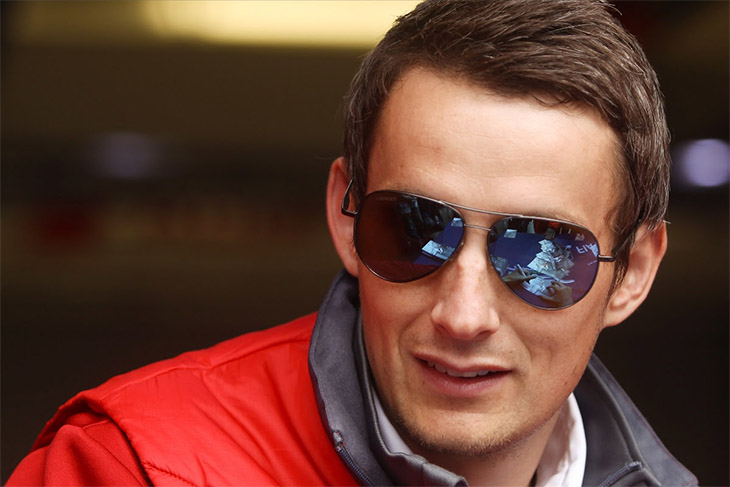 “We’re missing a little bit compared to the Rebellions, but the car’s got so much potential. We’re just scratching the surface at the moment. To be so close is really quite positive.

“It’s quite a difference between the Audi, hybrid cars and these non-hybrid P1s. I’ve been so impressed with the high-speed cornering in these cars. For [Audi] it was very much about efficiency, running to certain fuel and energy parameters. Here, it’s just flat out attack and it’s great fun; I’m really enjoying it so far.”

Meanwhile, LNT stablemate Charlie Robertson spoke of the relief and joy he feels seeing the G60-LT-P1 in competitive action once more: “It’s a dream come true really, to race the Ginetta at the home of British motorsport. We’ve always felt that there was unfinished business since Le Mans last year; I think that’s the best way to describe it.

“We started testing the AER engine towards the end of last year, and it’s just a different car, to be honest; it’s night and day. Now we’re just fine-tuning the chassis setup, and that’s why having guys like Oliver, Michael Simpson and Guy Smith, guys with a wealth of experience in the prototype racing world, helps the development massively.

“To be so close in qualifying in the car’s first real, competitive race is encouraging. I’m in the factory five days a week, so I see the different stage of progression on the car, and I know all the guys who build it and are running it this weekend. So it feels like a real team effort, and that’s why it’s so sweet to be here; because everyone’s worked so hard to keep the project alive.”

DSC received an update on ByKolles’ LMP1 test at Brno earlier this week. 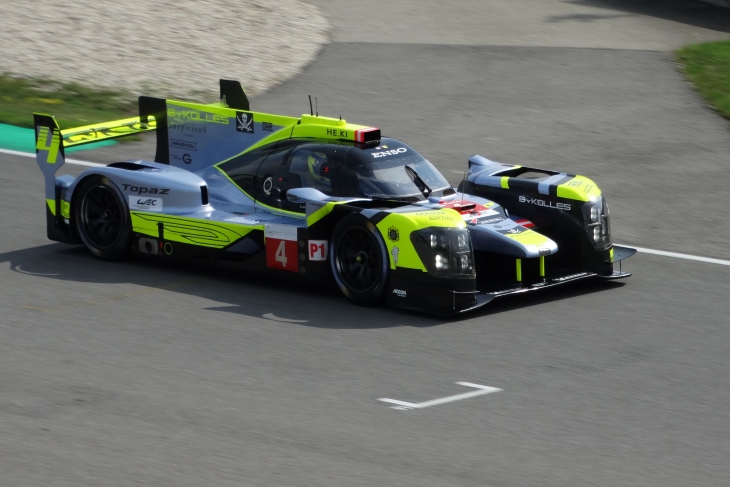 BWT Arden driver, Anthoine Hubert, who was killed in a terrible accident during the F2 race at Spa yesterday, was very much on the mind of all at Silverstone, and again today. There will be a minute’s silence before the national anthem on the grid.

The DSC editor in conversation with ACO President Pierre Fillon this morning learned that Hubert was a past winner of the 24 Hours Karting at Le Mans, and indeed worked as an instructor for the ACO.

The race today is available live on the WEC app with a returning commentary team of Martin Haven, Allan McNish, Louise Beckett and the DSC editor Graham Goodwin.

The race available with the same commentary team on Motorsport.com and on Eurosport with its regular commentary team, who will also provide the voices for the North American team on MotorTrend On Demand. That arrangement means, we believe, that the WEC App is once again geo-blocked in the United States.

Radio Show Limited is also providing audio-only commentary of the race with its on-site team.

The race gets underway at midday local time.