The paddock was buzzing just prior to Sunday morning’s warm-ups for the Autopolis GT 300km Race when Calsonic Team Impul made a last-minute change in the driver lineup.

James Rossiter fell ill on Saturday with what is understood to be acute tinnitus, and after being brought to a hospital in Tokyo for further evaluation, was withdrawn from Sunday’s race.

Katsumasa Chiyo was at the circuit this weekend to do television commentary, but this morning, he was called in to replace Rossiter in the #12 Calsonic Impul GT-R – marking Chiyo’s return to Super GT for the first time since this past November at Twin Ring Motegi.

Chiyo will race alongside fellow Nissan Driver Development Programme (NDDP) graduate Daiki Sasaki as they’ll work their way up from 15th on the grid in today’s 65-lap feature race. 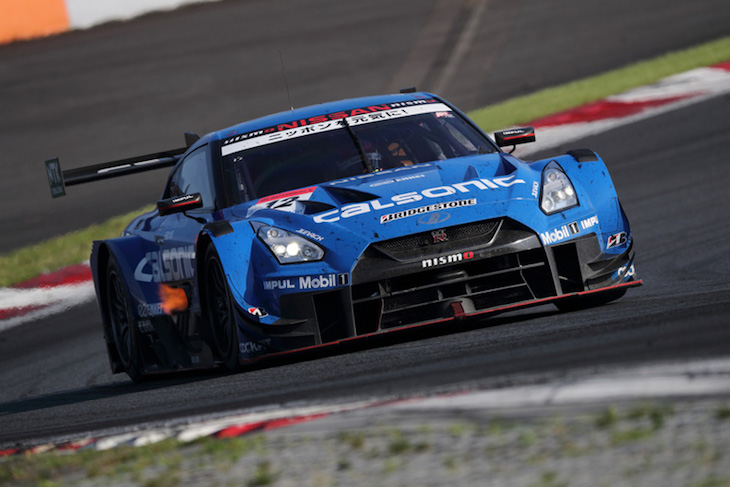 And what a welcome return it is to the GT500 class for the 32-year-old driver, winner of the 2015 Bathurst 12 Hour Race and Blancpain GT Series Endurance Cup, and GT300 class winner of the 2015 Suzuka 1000km. Over the past three seasons in GT500 with MOLA International and NDDP Racing with B-Max, Chiyo has two podiums and 13 top-ten finishes in 23 races in the premier class.

He’s spent this season racing for Nissan and KCMG in the Intercontinental GT Challenge, and just two weeks ago at the Suzuka 10 Hours, Chiyo, and teammates Tsugio Matsuda and Josh Burdon, finished 6th overall and even led the race for a brief period.

We at DSC would like to wish James Rossiter a swift recovery.