A new, front-engined version of the Honda NSX-GT will join the Nissan GT-R and the returning Toyota GR Supra on track in Super GT next year, and all three vehicles will be fully compliant with the unified Class One technical regulations. 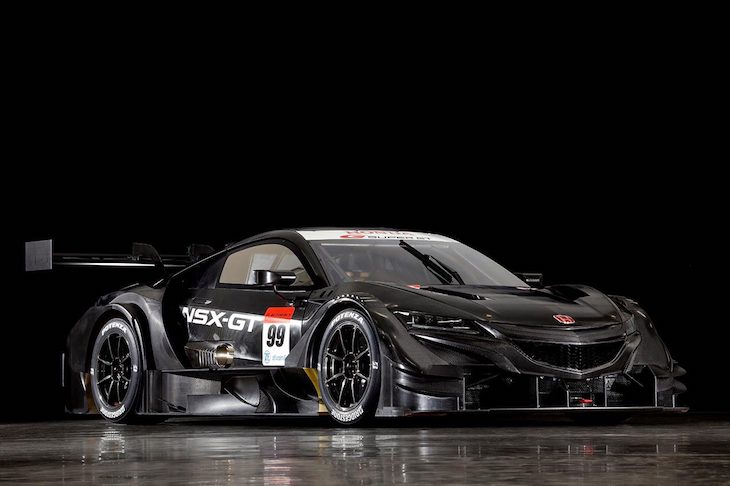 Front and centre is the front-engined NSX, after six years of running a mid-engined layout under a special waiver from the GTA and JAF, the 2020 NSX-GT now fully complies with Class One regs with the two-litre, turbocharged, four-cylinder engine now mounted in front of the cockpit.

The car itself doesn’t look much different to the current mid-engined NSX-GT, the engine would thus be mounted quite low and behind the front wheels, and the exhaust layout has been revised as a result, with side exhaust ports replacing the rear exhausts of the current model.

The return of the fifth-generation Toyota Supra to GT500 was confirmed in January at the Tokyo Auto Salon. After first unveiling the GR Supra Super GT Concept at TAS, an updated version of the Toyota GR Supra GT500 has been revealed, with revised front-end aerodynamics from the concept model. 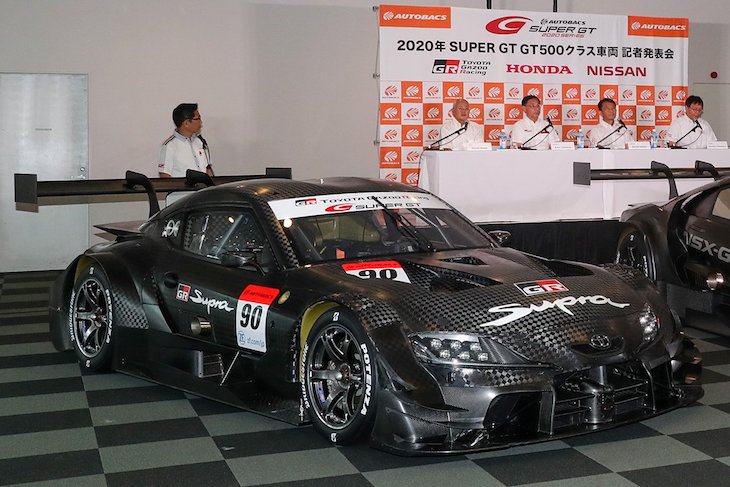 The number 90 on the example shown references the fifth-gen Supra’s chassis code, JZA90.

The R35 Nissan GT-R is largely unchanged from its predecessor model, however, the 2020 model boasts much more aggressive lateral duct aero along the sides.

All three models also have much smaller rear diffusers which allow the rear of the car to have styling closer to their road-going counterparts. 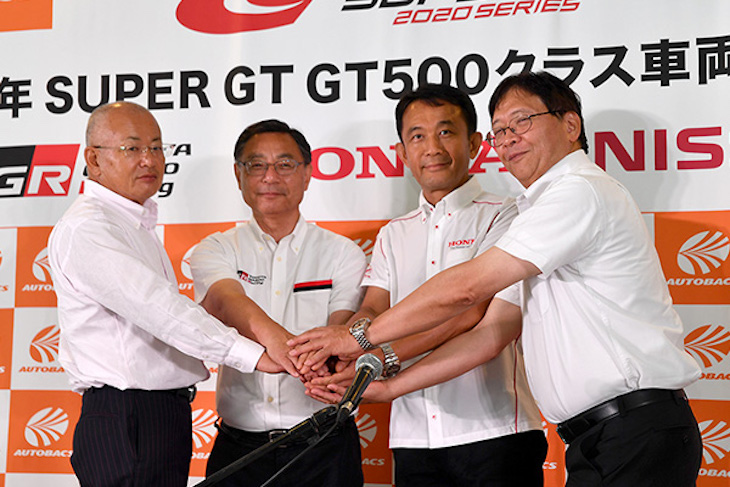 The Supra and GT-R will take part in a test around Suzuka Circuit tomorrow.