British GT’s second free-practice session of the ‘Donington Decider’ weekend saw Phil Keen in the #72 Barwell Lamborghini and Rob Bell in the #22 Balfe McLaren again finish first and second in the GT3 class, Keen on a 1:27.655 and Bell on a 1:27.864.

Callum Macleod in the Ram Racing Mercedes was third-quickest this time around, setting a 1:27.877, ahead of Nicki Thiim in the #2 TF Sport Aston Martin, who managed a lap of 1:27.954. The fifth and sixth-quickest spots in the session went to Ben Green in the #3 Century BMW and Adam Christodoulou in the #6 Abba Mercedes. 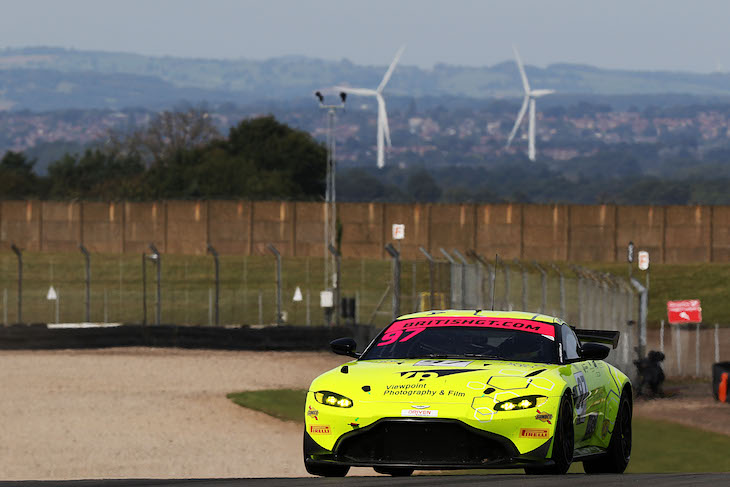 Ash Hand in the championship-leading #97 TF Sport Aston Martin was fastest in GT4, on a 1:35.576, just ahead of FP1 pacesetter Scott Maxwell in the #15 Multimatic Mustang and the #29 Steller Audi of Richard Williams and Sennan Fielding.

The #20 Balfe McLaren of Johnson/O’Brien was fourth-fastest in class, while Daniel Zamparelli put the #88 GT Marques Porsche into sixth spot during the 60-minute session.

This session was uninterrupted by red flags, although the Track Focused KTM completed just an out and in lap, following repairs for its FP1 accident and both Team Parker’s GT3 Bentley and GT4 Mercedes lost running time to technical issues.