Barwell Lamborghini driver Phil Keen set down an early marker for British GT’s ‘Donington Decider’ by going fastest in Saturday morning’s first free practice session in the #72 Huracan, with a time of 1:27.667.

Fourth and fifth-fastest were Callum Macleod in the Ram Racing Mercedes and Dennis Lind in the WPI Lamborghini, while the Abba Mercedes of Richard Neary and Adam Christodoulou rounded out the top six. 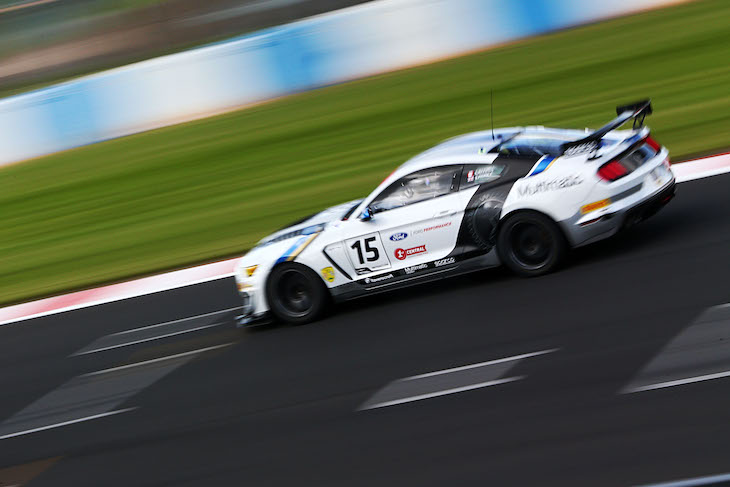 Fourth, fifth and sixth-fastest in GT4 were the #97 TF Sport Aston Martin of championship leaders Ash Hand and Tom Canning, the sister #95 car of Josh Price and Patrick Kibble and the #20 Balfe Motorsport McLaren of Graham Johnson and Michael O’Brien.

The session was red-flagged for approximately 15 minutes due to an off for the Track Focused KTM. The #18 WPI Motorsport Lamborghini, with Dennis Lind at the wheel, was reported to also be involved in the incident, which is being investigated by the stewards post-session.

During the session, the Abba Racing Mercedes spent some time in the garage dealing with a brake issue, while suspected injector failure saw Nathan Freke return to the garage in ‘limp mode’ in the #43 Century Motorsport BMW GT4 entry. The Race Performance Mustang also spent much of the session in the garage with a technical issue.