Phil Hanson and Filipe Albuquerque scored their first win of the 2019 European Le Mans Series season today at Spa, after a drive-through for an FCY infringment in the closing stages resulted in GRAFF losing the lead in the final 20 minutes.

“It was nice that it came here, it was an eventuful weekend, we had a puncture and got stuck in the pit lane. But we were hunting down the leader and he got a penalty so that was the luck swinging back our way.” Hanson said, after scoring United Autosports’ first win with an ORECA, on the team’s second weekend with the new chassis supplier.

The penalty was a bitter blow for GRAFF, which overnight prior to the race had a Le Mans Cup victory taken away with a post-race disqualification. Before the penalty, Tristan Gommendy held the lead (on old tyres) and was being chased down by the recovering Phil Hanson, who lost time due to a puncture which cost them valuable time in the pits.

But the penalty for GRAFF dropped Gommendy to second, and forced him to fend off Antonin Borga in the Cool Racing ORECA, which was a contender throughout, especially with the hard-charging Nicolas Lapierre behind the wheel. But the Swiss team lost time in the pits too.

It came down to a last-lap-clash between Borga and Gommendy, the two going it at it all the way round the 7km circuit, before Borga forced his way through at the Bus Stop with brute force to take second. Initially, the move wouldn’t stand though, as Borga was handed a 10-second time penalty shortly after the race for dangerous driving, meaning Cool took third. 20 minutes later the result was changed again, Cool handed second place after further consultation between the drivers and stewards; GRAFF, therefore, finished third.

First of the Dunlop runners was G-Drive Racing, which has an uncharacteristically quiet outing with its brand new Aurus 01 chassis that was called into action prior to the meeting after Job van Uitert’s big shunt at Raidillon in the pre-event test.

The team didn’t appear to have the ultimate pace all weekend, and struggled to extract the maximum from the Dunlops. But a fourth place finish in a wild race like this is nevertheless a strong result for the Russian-flagged entry and its drivers Roman Rusinov, Jean Eric Vergne and van Uitert.

Behind, the #30 Duqueine Engineering ORECA took fifth after spending a long stretch of the race in the lead when the field was out of sync and running varying strategies. IDEC Sport’s ORECA took a remarkable sixth place finish, after the French team’s hard work over night to source and prep an un-raced ORECA chassis from sps Automotive after Paul Loup Chatin’s big off in Free Practice 2.

In championship points terms, G-Drive Racing and its full-season drivers Rusinov and van Uitert pull away from IDEC with this result, and holds a lead of 13 points. GRAFF’s drivers are now still mathematically in with a chance, but they have to set pole, win and hope that the top two don’t score in the finale.

It was a dash to the flag in the LMP3 competition. Once again the class proved unpredictable throughout and it all changed on the last lap with the #11 Eurointernational Ligier with Mikkel Jensen and Jens Petersen taking the lead after a three-way scrap. 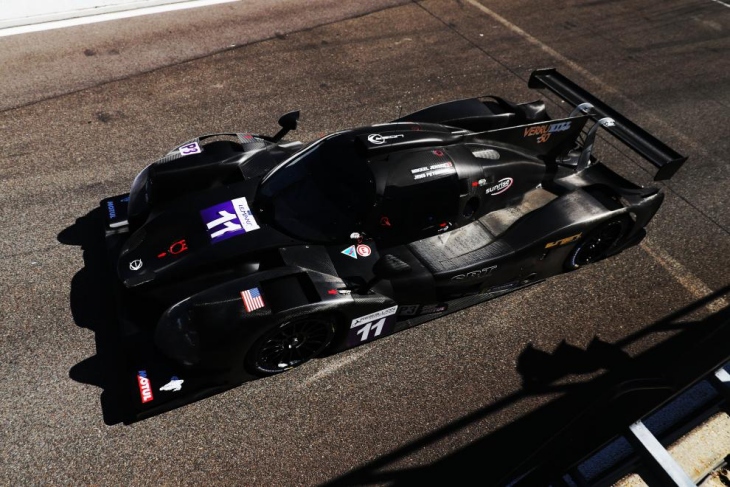 It had looked like it was Nielsen’s to lose towards the end with Wells and Colin Noble having a two minute at one point through the race after being waved around during a safety car period which gave them almost a lap advantage. But a nose change for them and a puncture for the Inter Europol Ligier produced a grandstand finish.

“That was the most insane last lap of my life, getting Wells and then Moore on the last corner,” said a jubilant Jensen after the race.

With this result, the Eurointernational and Inter Europol are tied on points in LMP3, with the former having the upper hand due to Jensen and Petersen having more victories this season.

Luzich Racing with the Ferrari 488 GTE EVO has taken out the LMGTE race and the Championship. Finishing 15th overall with Alessandro Pier Guidi behind the wheel, the trio including Nicklas Nielesn and Fabien Lavergne held the lead for much of the second half of the race but the run to the flag was a nervous one. 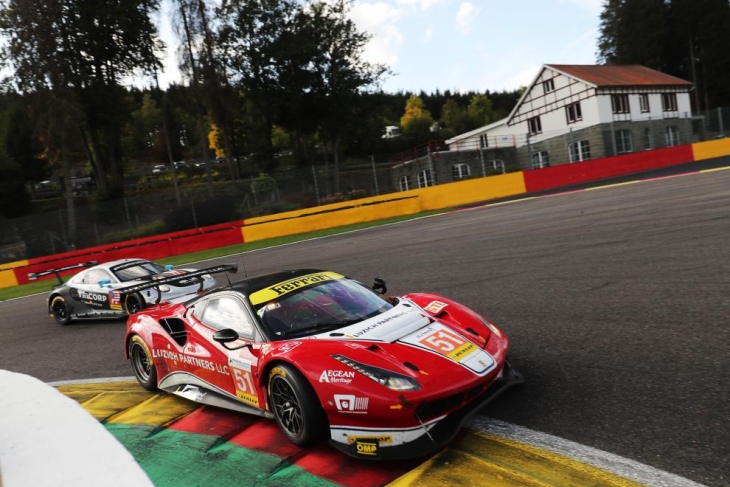 They had a great fight with the Dempsey-Proton Racing Porsche 911 RSR, with Riccardo Pera less than a second behind in the closing minutes. However the Porsche was unable to get the better of Luzich Racing and had to settle for second. Third was the Spirit of Race Ferrari a further 16 seconds behind.

“It’s amazing, our second championship in a row, the team is two years old and has two championships,” said Pier Guidi. “It was a very tight battle and until the end we were close to the Porsche. To win the title here is something special, I love this place.”