Here’s the first in a short series of feature interviews with significant figures from the Audi Sport Customer Racing outfit.

First up is factory driver Christopher Haase, picked up as an Audi Sport Factory driver in 2011 after stellar form saw him claim a number of titles in GT3 and GT4 machinery plus class wins at the Nürburgring 24 Hours and an overall win at the Sepang-based Merdeka 12 Hour.

Since joining Audi there have been wins and titles galore including: 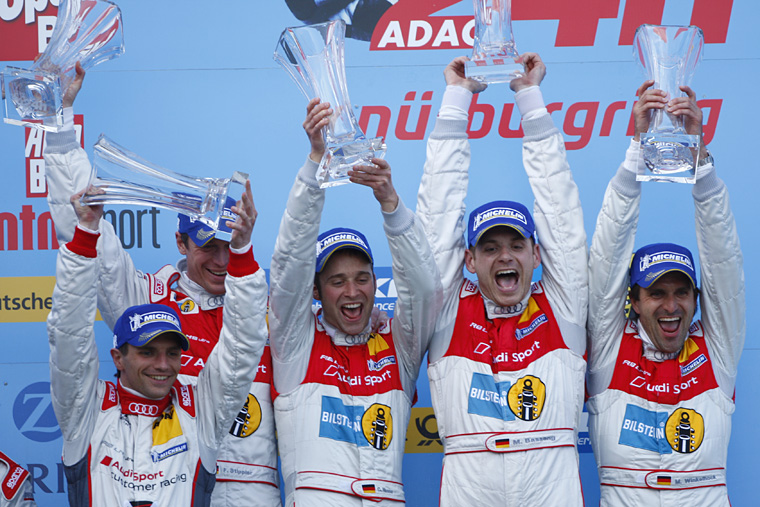 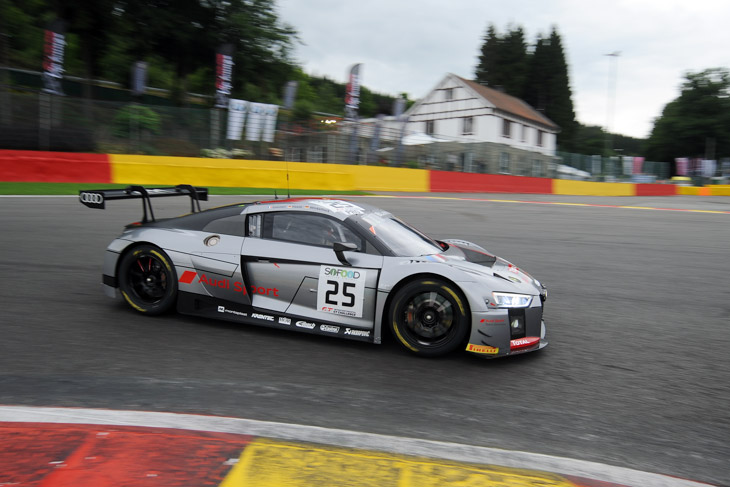 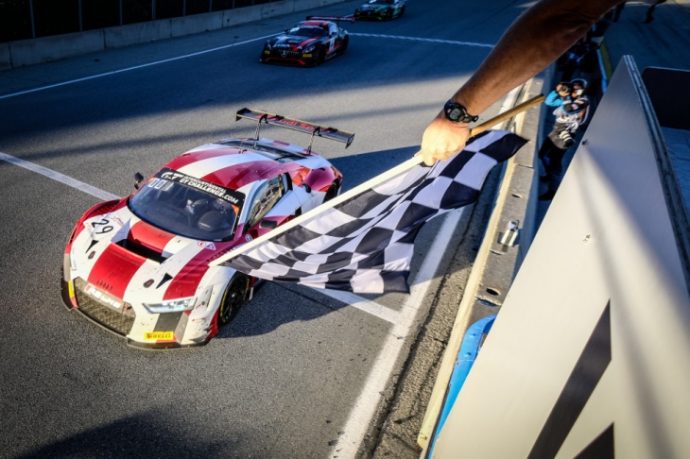 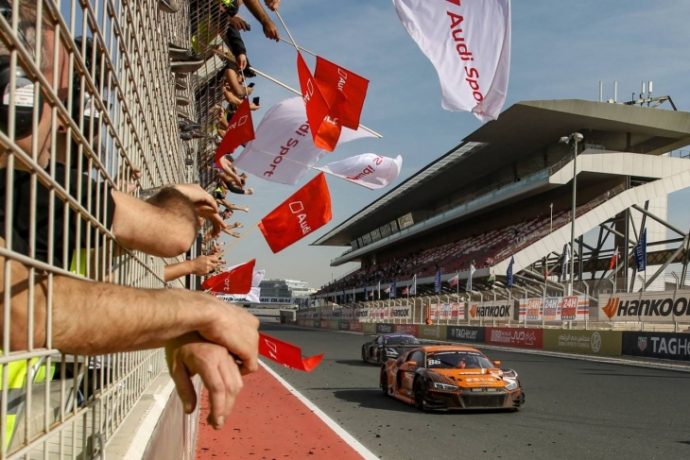 There’s also been a full part played as the team player, including at the most recent major outing for the Audi Sport Customer Racing family at the 10 Hours of Suzuka where Haase played a major role in the marque’s dominant performance, coming home second in the Absolute racing run car in support of the overall win for the factory-backed WRT effort.

Christopher, it seems that this is a brand new era for a factory driver in terms of the breadth of the opportunities, the number of series and races, and now some of the huge races involved?

“It’s true. I mean, first of all, I’m really happy to be part of the Audi family.  “And yeah, being a factory GT3 driver is something quite unique I would say.   “We have, as you said already, many cool races. Actually, I would say some of the very best races in the world. We race all over the world, we are racing on nearly every country or continent so the diversity is amazing and we can be competitive everywhere, which is better still!”

“We race the same cars and are at the same performance level so it makes for excellent racing.  “I really enjoy to do this job.”

You are seldom seen at a racetrack without a smile. And that’s at least in part because these are cool cars and there are a lot of cool places we get to see you race Spa, Daytona, the Nürburgring, Bathurst.

And now we have this new era, with the IGTC bringing you to five races, five different continents. That’s something that seems to be growing and Audi very much a force in that.

“It’s at a seriously high level which goes around the world in one championship.  All the other big races are single events, and here we are doing a whole championship around the whole world.

“We have lots of factory-supported cars here with an extremely high level, from the teams, from the drivers and from the factories. And this makes it one of the toughest championship in the GT3 business which you can have.”

“Well, let’s say for us drivers, I just can speak for us, for our Audi Sport driver pool, which I think we have a great pool, a great driver lineup, we all have, like fun together. But on the other hand, we also fight together.

“I just enjoy how we race each other, and how we handle this in different teams, let’s say.   “But it’s true when we also switch different teams in different races and that is a challenge to adapt to some new circumstances, and to new people.   “But in the end, a GT3 car is I would say not so complicated. For sure you have to always bring the car quickly to the right spot. But we have great Audi teams all around the world and we have a great driver line-up. In the end, if everybody focuses on their job, you have the chance to win.”

Careers are about staying in good seats for a long time and winning big races at that level. You’ve already won a lot of big races. What’s still on the Christopher Haase wish list, which races would you really like to take the trophy back to Neuberg for that you haven’t taken back there yet?

“Yeah, it’s true, I can say that I actually made a lot of hooks already on some races. But I’m definitely missing, for example, Daytona, that 24 Hours of Daytona, I had a couple of chances to win it. But it always went, unfortunately, a little bit wrong at the end, which is endurance racing.”   You’ve got to get that watch! 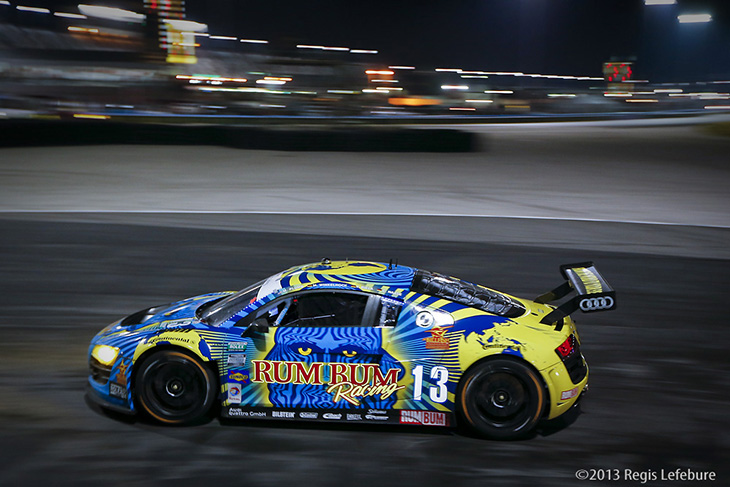 “Yeah! The other race for me is the Bathurst 12 Hours. It is the same there, I have had the chances to win it. But the good thing is, you just have it in your mind and you keep going you keep trying. You want to win it, you try to each year and at one point maybe I will have the chance to get there and win it!” 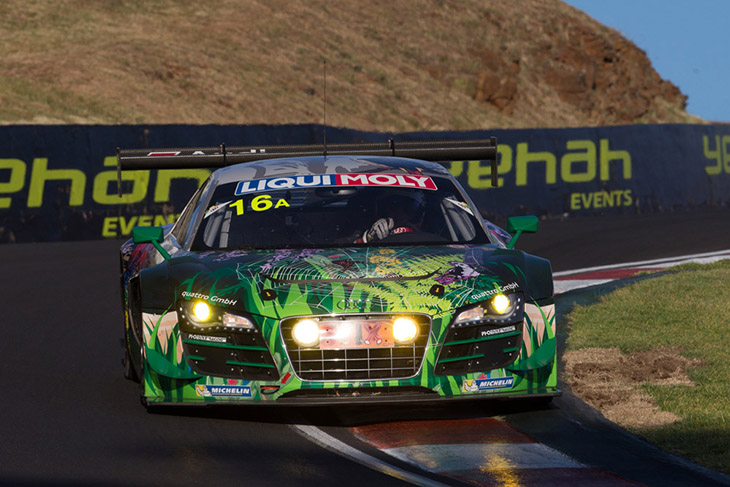 You’re going to make me one promise. And that is when you won the Daytona 24 hours because that clearly has to come at some point in this career, there’s one call you have to make, and that call Allan McNish so that you can show him the watch!

“Yeah, Allen is my hero. It’s true. Actually, I have to say Allan is a really outstanding driver. And now even if he’s not racing, it’s so great to talk to him to speak with him just about racing and how he is seeing stuff.

“But definitely if I get the watch I would call him straight away!