Mazda Motorsports are the latest major OEM to unveil a contender in TCR.  The new for 2020 Mazda3 TCR will compete first in the IMSA Michelin Pilot Challenge, four-hour Endurance race at Daytona as part of the Rolex 24 at Daytona weekend of racing on January 26, 2020.

The TCR car has been shaped by Mazda Design America in Irvine, California. 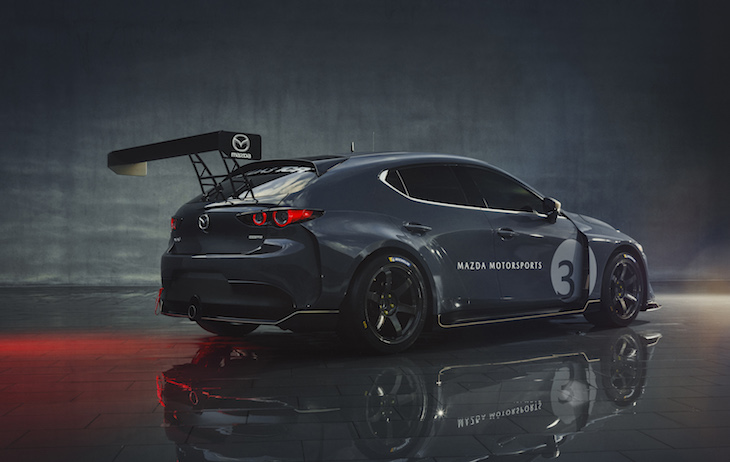 “TCR represents a great opportunity for us to showcase the new Mazda3 and provide our customers with another avenue to race Mazda vehicles,” said Masahiro Moro, Chairman and CEO, Mazda North American Operations. “Some of our most important successes in IMSA and SRO TC Americas have been thanks to dedicated customers who chose to race with Mazda, and we hope the next generation of Mazda racers see the same potential in the Mazda3 TCR.”

“The Mazda3 features the outstanding design and engineering that Mazda is known for, and because of that, it is a fantastic foundation for our new Mazda3 TCR,” said John Doonan, Director, Mazda Motorsports. “We have looked forward to returning to the IMSA Michelin Pilot Challenge for several seasons, and everyone at Mazda is very excited that we will do just that in 2020. We are eagerly anticipating success for the Mazda3 TCR in IMSA, SRO Americas and in TCR championships around the world.” 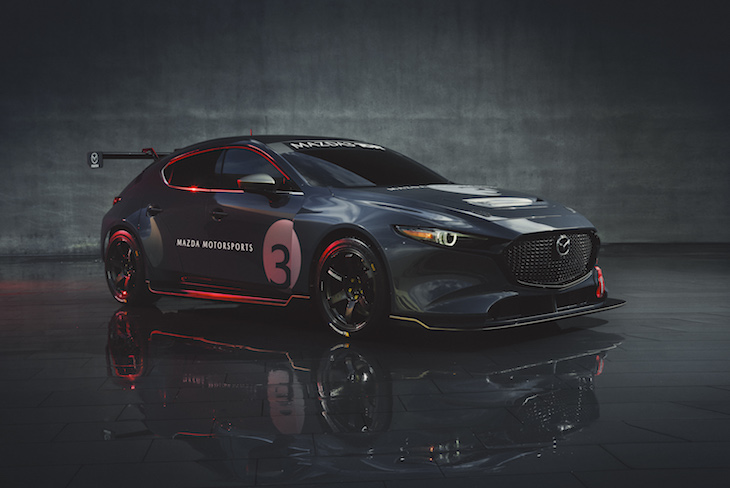 Ortiz will drive the Mazda3 TCR in the IMSA Michelin Pilot Challenge.

The Mazda3 TCR will be powered by a turbocharged, 4-cylinder engine producing 350 horsepower and will use a paddle-shifted six-speed transmission. Developed and supported by Long Road Racing, the manufacturer of the Global Mazda MX-5 Cup car, the Mazda3 TCR is homologated to compete in any of the 36 TCR- sanctioned championships around the globe.