Mike Wainwright spent some time with the DSC Editor in the Fuji paddock to explain the shift in colour scheme for the #86 Gulf Racing UK Porsche 911 RSR from the iconic Gulf Oils livery to the very different ‘two-tone’ black and reflective orange scheme that is set to grace the car for the remainder of the WEC season. 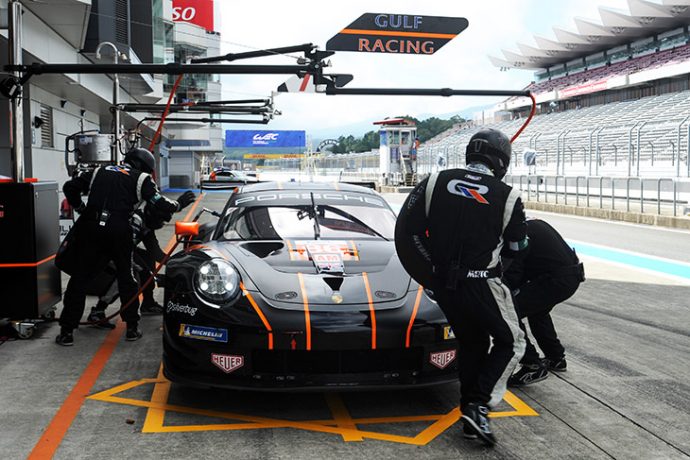 “It’s a change of direction for us, and for Gulf too,” said Mike. “It was a late decision from their end, actually after the Prologue, so whilst the car carried the colours at Silverstone the Gulf logos weren’t on the car, or in the garage.

The first picture below is from Silverstone, the second from Le Mans. 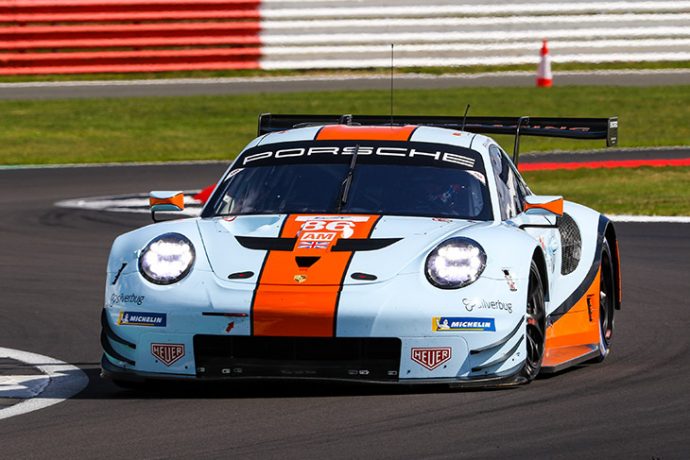 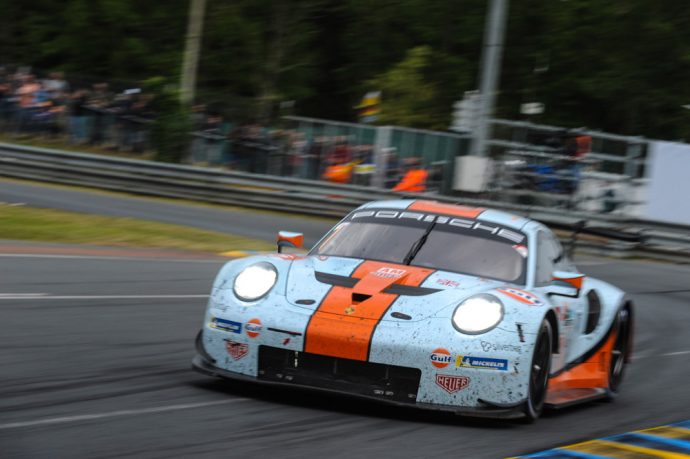 “The team name, of course, has to stay, by regulation that’s the name under which we hold the license for this season at least.”

As for the replacement scheme, Mike is delighted with the results as seen on the car.

“I think it looks great, and it will be better still when we run in darkness with the reflective stripes.

“It gives us opportunities too to think about different things in terms of sponsors on the car that weren’t really possible with the Gulf colours, the car as whole looked great but having such an iconic scheme on the car means that other sponsors can be a bit drowned out!”