UPDATE: Following the post-qualifying technical checks the #57 Project 1 Porsche lost its GTE Am pole position. TF Sport’s Aston Martin has been promoted to the class pole. More information can be found HERE >>>

Toyota Gazoo Racing secured pole position on home soil for the final time with its TS050 HYBRID today at the Fuji Speedway, locking out the front-row for tomorrow’s six-hour race in the process.

Kazuki Nakajima and Brendon Hartley combined to set the best average of 1:25.013 to take pole for the #8 crew by almost eight-tenths of a second over the sister car.

“That was something we had to achieve,” Nakajima said. “We were scared about the Rebellion because they’d been quick, we thought they’d be quicker than us, it was a bit of a surprise. We see rain forecast tomorrow, it’ll be a big challenge. The scary bit is changeable weather, it can be a lottery.”

The #7, which won at Silverstone and has been hindered by the ‘Success Handicap’ here this weekend, will start second, with a 1:25.803 average.

Rebellion’s #1 R-13 Gibson will start third and best of the privateer runners, but the fastest time from a privateer driver came from the #6 Team LNT Ginetta G60-LT-P1, Mike Simpson reeling off a stunning 1:25.889. It was even more impressive as the Briton set the time on the car’s first run following a precautionary engine change between FP2 and the Qualifying session.

Unfortunately, though, Charlie Robertson, who took over the car from Simpson, was unable to finish the job and challenge for top three spots, spinning and stopping on track before his first flying lap was completed. That brought out red flags, the car unable to restart.

The sister Team LNT Ginetta on the other hand, managed to set a time, a 1:28.820 average, good enough to get within 1.6 seconds of the pole time.

Toyota though did find the pace of the privateers a surprise, programme manager Rob Leupen telling DSC after the session that they expected Rebellion at least, to challenge for a front-row spot here. “I’m not sure what happened with the Rebellion, whether its part of their plan? We were all surprised,” he said. 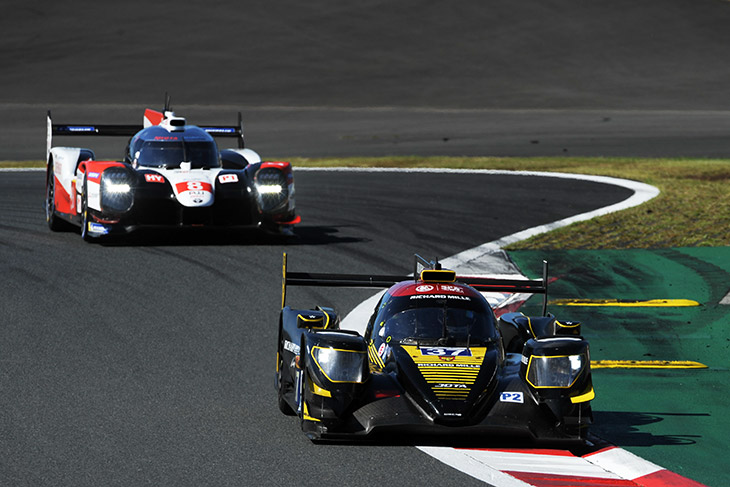 “After Silverstone where we had a difficult weekend, we wanted more. We wanted a better single lap pace from Goodyear, we’ve worked hard. Now we hope for the long run pace,” Ho Pin Tung said.

It looked like Goodyear and Jota were set for a front-row lockout, as the Jota ORECA of Roberto Gonzalez and Anthony Davidson sat second when the red flag came out. But a late charge from Filipe Albuquerque in United’s ORECA split the two 07s, the Portuguese racer improving on his initial time to promote himself and Phil Hanson to the second spot.

Another driver who made a late improvement after the red flag for the stranded Ginetta was Anders Fjordbach. The Dane improved on his early time in the High Class Racing ORECA, making up two spots, climbing to fourth behind the Jota ORECA, making it three Goodyear teams in the top four. It will be interesting to see how the Goodyear vs Michelin battle plays out tomorrow when pace over full race stints is what really matters.

GTE Pro was extremely tight, the entire class within half a second during qualifying.

Gianmaria Bruni and Richard Lietz scored Porsche’s new 911 RSR 19 its maiden pole position in GTE Qualifying. The duo combined to set a 1:37.320 average, with Lietz’s time the fastest of all the drivers that set times in the second half of the session. 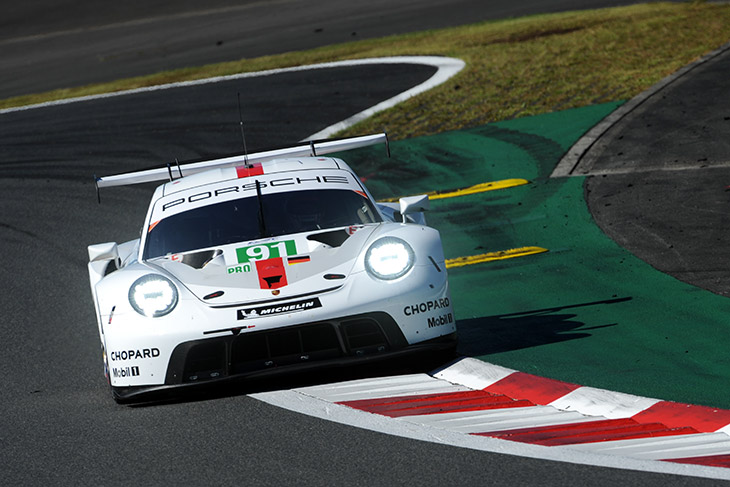 “Really good qualifying, first pole for the 911 RSR 19. The car has a win and a pole now. The preparation was really good. We are really happy,” Bruni said.

Making it three brands in the top three was the #95 Aston Martin Vantage, Marco Sorensen and Nicki Thiim setting a 1:37.466. Thiim was encouraged by Aston’s performance but told DSC that the team would favour rain tomorrow.

It wasn’t a good session for the #92 Porsche, which ended up in the barriers at Turn 3 after Michael Christensen lost the rear end. The car did get going again and set a time, but went back to the garage and didn’t return to the session. It will start at the back of the pack in sixth. 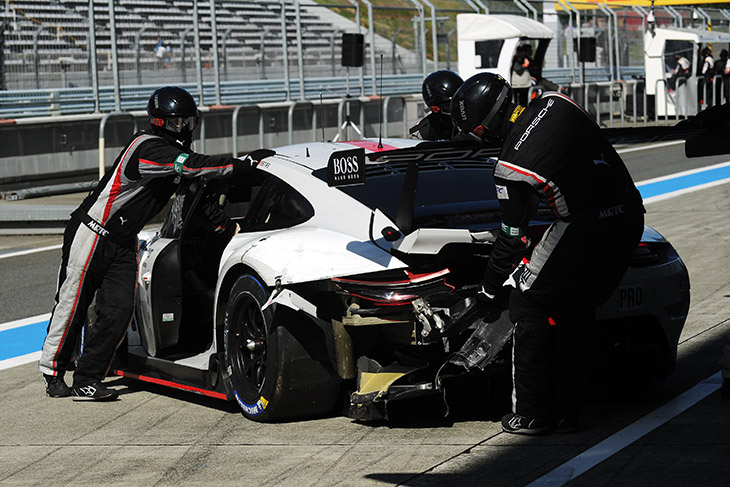 GTE Am was also topped by a Porsche team, the #57 Team Project 1 Porsche 911 RSR of Felipe Fraga and Ben Keating pacing the field, Keating running fastest of all the amateur drivers in the session. 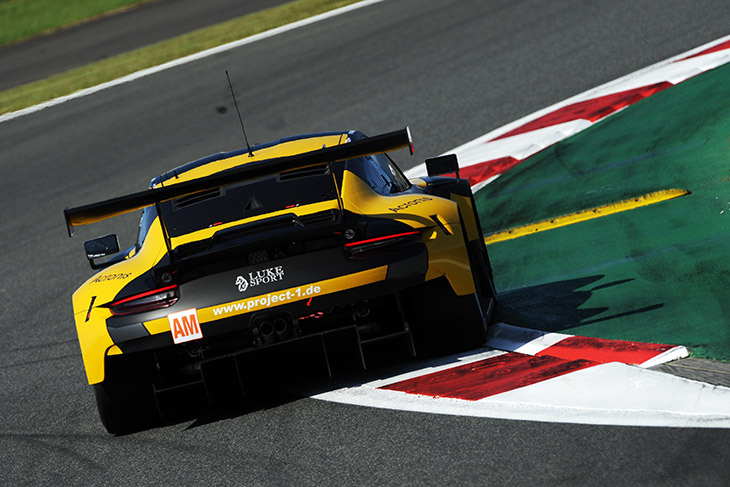 “This is my first time here in Fuji, I love this place, it’s really fun to drive, lots of interesting corners. Felipe did a great lap, it gave me time to get used to the car.

“I got one lap taken away for track limits and from my side, I didn’t feel I exceeded the line. Luckily I was able to do two quick laps.”

TF Sport, after setting pole at Silverstone had another strong showing here, the British team’s Aston ending up second after Salih Yoluc and Jonny Adam’s best efforts to set a 1:38.821.

Tomorrow’s race starts at 11:00 am local time, and with rain expected during the afternoon, it could be a wild one.