#6 Ginetta to start from the pit lane

The #6 Team LNT Ginetta G60-LT-P1 will start today’s race from pit lane at the end of the first lap after it caused the red flag during qualifying yesterday.

The Bulletin from the stewards from post-qualifying scrutineering stated that: “Outside neutral switch is unable to disconnect the transmission. Outside quick release system is not operational on both doors.”

Thus, the car, which Charlie Robertson spun on his first flying lap in the second half of the session and failed to start, had all its times deleted, will start a lap down from the pits and will undergo additional scrutineering to “proof the correct repair of the car.”

Gustavo Menezes was also found to have been in breach of the rules during the session. The Rebellion driver received a suspended drive-through for the next three races due to not reducing his speed under the red flag significantly enough.

This morning the fans that arrived early at the circuit have been treated to sunshine. But the forecast for the rest of the day is not so promising, with showers expected after lunch, during the race. 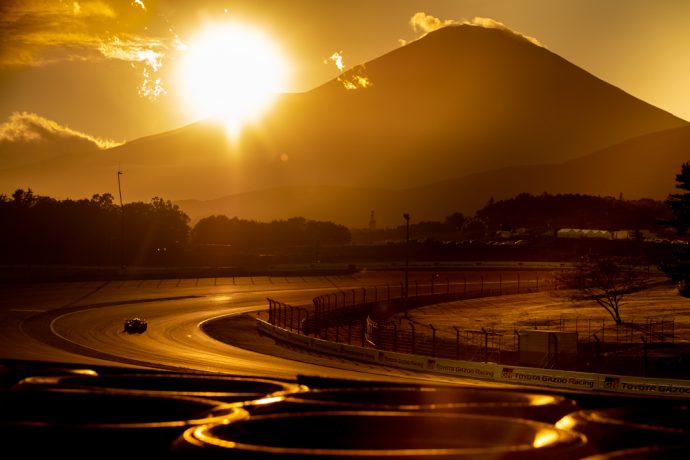 Fingers crossed the rain isn’t too heavy, like it has been in the past…

This weekend some significant milestones have already been reached and today’s race could feature more. 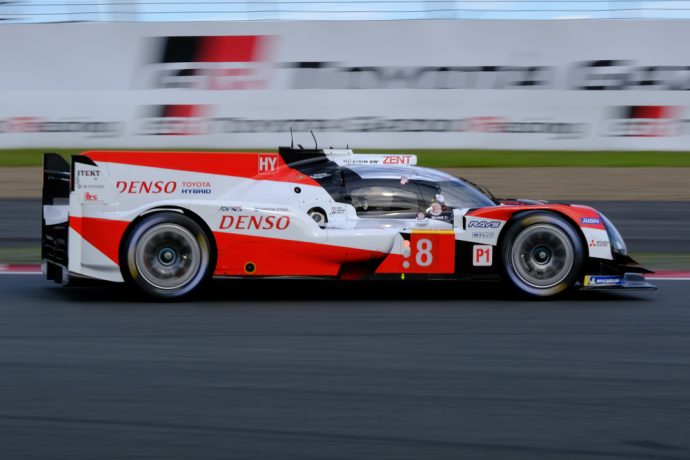 Toyota is the big one, the Japanese marque chasing its seventh win on home soil in eight years racing in the FIA WEC. Each one of Toyota’s six drivers has won here, including Brendon Hartley who had a win in 2015 with Porsche (the only race here Toyota didn’t win).

Should the #8 with Kazuki Nakajima take the win, that would be Kaz’s fourth win.

High Class Racing driver Kenta Yamashita is also looking for a win here, in what will be his second WEC start. The hometown hero does have form here to draw from, having won here in Super GT earlier this year. He has been rapid all weekend, and we expect more from him during this race.

High Class’ ORECA is one of three LMP2 cars here racing on Goodyear tyres. Yesterday the American brand scored its first ever WEC pole (with Jackie Chan DC Racing), today it hopes for a first victory.

Representatives from TOTAL, the ACO’s global fuel partner, have told DSC that its fuel specification is all ready for the 2020/21 FIA WEC season.

It will be an all-new fuel spec for the first season of ‘Hypercar Prototype’, with the fuel brand set to work closely with the two confirmed major manufacturers, Toyota and Aston Martin as they continue to develop their powertrains for their new cars.

In the 2020/21 season, each of the four classes will use the same specification of fuel. More details are expected to emerge early next year.

To prepare you for today’s race, the FIA WEC YouTube channel has posted two onboard videos, one from the #5 Ginetta G60-LT-P1, another from the #92 Porsche 911 RSR 19.

And if you missed the opening round of this young season at Silverstone, you can catch up with the extended highlights of the race too.

Spotted in the paddock

At least two teams have been spotted by DSC with representatives in the paddock. One is believed to be aiming for a WEC programme, the other with known plans to contest another ACO series.

The race today starts at 11 am local time in Japan. You can follow the action on the FIA WEC app with commentary from the DSC editor Graham Goodwin, Martin Haven and Allan McNish.