Racing Team Nederland owner and driver Frits van Eerd will compete in all eight rounds of the 2019/20 FIA WEC season, DSC has learned, and will not skip the race at Shanghai next month.

Originally van Eerd was due to miss the trip to China due to “business commitments”, and have fellow Dutchman Job van Uitert stand in as he did in the season opener at Silverstone for F2-tied de Vries. But, van Eerd will now race in Shanghai and therefore take part in the full campaign, allowing him to ride the current momentum and maybe, just maybe, challenge for the title. 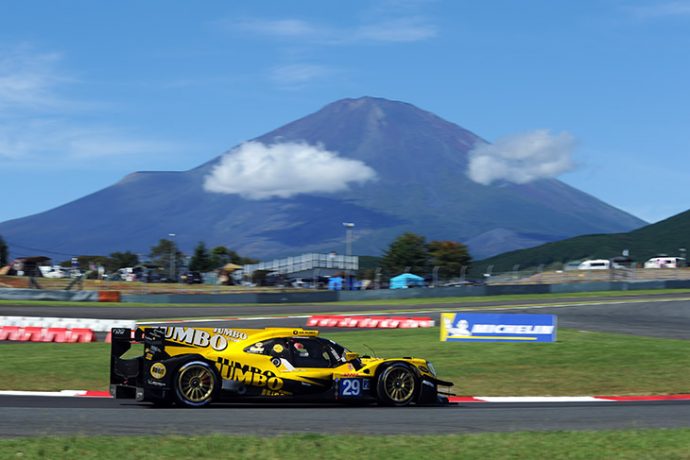 The decision for him to race in China was made prior to the trip to the Fuji Speedway last week, as Giedo van Der Garde explained to DSC.

“Yes he (Frits) will be Shanghai, he will do all the races this year,” he said after yesterday’s big win. “Because now he’s getting excited.”

After van Eerd, van der Garde and de Vries’ breakout win in Japan, and its maiden podium in the season opener at Silverstone, does the Dutch team feel it can win more races and now challenge for the LMP2 title? Van der Garde says it’s not something on their minds just yet.

“The title thing is far away to be honest. Some races will get some bad luck. I mean, you get the good result at Silverstone and the win here it’s crazy. 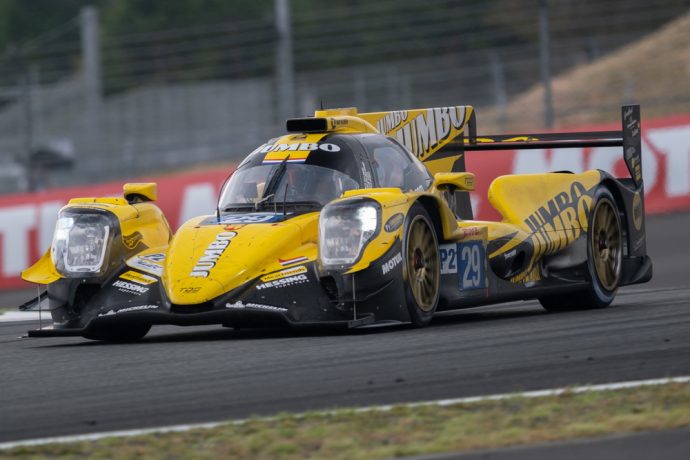 “We’re not really thinking about today. If it happens, of course, it’s fantastic. It’s a dream come true. But first of all, we had a podium in the first race and that was our goal this year. We’ve already achieved our goal.

“We just wanted to get on the podium. We were there on the podium at the first race like Whoa, what’s happening, you know, and then the second race, Nyck is back and we suddenly win a race. It’s a bit crazy.”

Somewhat unsurprisingly van der Garde believes the team’s change in fortune is down to a combination of three things: the change of chassis from Dallara to ORECA, the switch to TDS running the programme and van Eerd’s continued progression as a driver.

“Frits started the programme in 2017,” he explained. “Towards the end of that year, they asked me to join them, because, you know, I had experience with endurance and I was champion in 2016 in the European Le Mans Series.

“We worked on his racecraft a lot since then, especially last year, but we saw every time that we were slower compared to an ORECA and the Dallara wasn’t the best chassis. It was always slower, like five, six tenths. I knew that Nyck was one of the quickest in the field. I was reasonably quick. But every time we couldn’t attack the ORECAs. It was also the right move to go to TDS.

“So in the end, I think the package it’s right. It’s the right team, and Frits is improving.”

De Vries, agrees that the aforementioned changes have made a huge difference. Fresh from a standout performance at Fuji in which he was the fastest driver in LMP2 for much of his three hours in the car and was held off a challenge from Anthony Davidson under pressure in the final hour, de Vries said he didn’t feel the team was at a ‘world championship level’ last year.

“Last year we were in the shadows because we were in a Dallara and the team to me wasn’t at the level it should have been racing in FIA WEC,” he said to DSC.

“I always put effort into my work and I expect that from those around me. Last year we weren’t on the same page, so it was the correct decision to move to TDS and the ORECA chassis. The car was amazing.

“I just did my job today, I was just hoping for a podium because I missed on the Silverstone occasion. To score a win with Frits is surreal really. He is so passionate about motorsport and cars, he deserves this more than any of us.”