UPDATE: After the session, the #47 PPM Lamborghini and #29 Land Audi had all their times deleted for team members touching the car during a red flag period.

As a result, the Paul Miller Racing Lamborghini inherited the GTD class pole. Riley Motorsports’ Mercedes will start second ahead of the Scuderia Corsa Ferrari that will line up third on the grid.

Felipe Nasr delivered to his teammate, Pipo Derani, an early birthday present in the form of pole position for Petit Le Mans in the #31 Whelen Engineering-backed Action Express Cadillac DPi-V.R.

Nasr’s time was record-shattering 1:08.457 seconds around Road Atlanta and a full 0.141 seconds ahead of the next quickest time in the session. It marked the second pole position in as many years for the #31 Cadillac after Derani put the car on pole in 2018.

Ricky Taylor in the #7 Acura Team Penske ARX-05c ended the session in second with the quickest time of 1:08.598 and the #5 Mustang Sampling Cadillac DPi-V.R. came home in third with a time fo 1:08.629 from Filipe Albuquerque.

While Cadillac and Acura seemed to have found pace this weekend, Mazda is continuing to struggle. The team’s best-placed RT-24P was the #77 of Timo Bernhard, Bernhard joins IMSA regulars Tristan Nunez and Olivier Jarvis in the #77 this weekend. The German’s best time was a 1:08.847, good enough for fifth, behind the pair of Action Express Cadillacs and the Team Penske Acuras.

The #62 Risi Competizione Ferrari 488, on its return to IMSA competition, secured pole position with a time of 1:15.639 from James Calado. 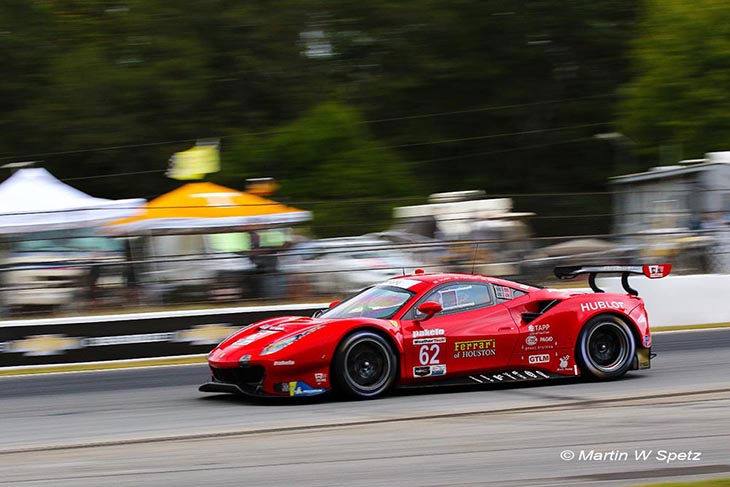 Calado’s time was 0.063 seconds ahead of Antonio Garcia in the #3 Corvette C7.R, leaving Corvette just short of a pole position for the C7.R in its final race. Corvette will be looking for a fairy-tale ending for the C7.R as the outfit looks for its 100th win North America.

Philip Eng in the #24 BMW M8 ended the session in third with a best time 1:15.784 after completing a session-low six laps around the circuit.

The #912 Porsche 911 RSR of Laurens Vanthoor and the #66 Ford GT of Joey Hand qualified fourth and fifth respectively, meaning five different manufacturers will hold onto the top five spots at the drop of the green flag.

In GT Daytona, the #29 Montaplast By Land Audi R8 qualified on pole with Ricky Feller setting the best time of 1:19.185 on his final lap of the session. 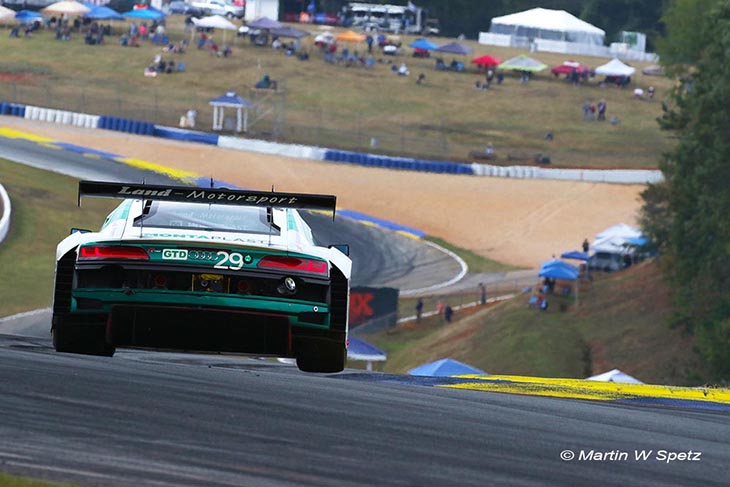 Corey Lewis in the #48 Paul Miller Racing Lamborghini Huracan ended the session in second with a best time of 1:19.530. Lewis and Feller traded the fastest time in the final minutes of the session, but in the end, it was Feller who came out on top for Audi.

Rounding out the top three was the #47 Precision Performance Motorsports Lamborghini Huracan. The one-off entry for Petit Le Mans was qualified by Shinya Michimi who set a best time of 1:19.538, just 0.008 seconds behind Lewis.

The #96 Turner Motorsports BMW M6 was the only GTD entry that failed to set a time. Robbey Foley slid into the gravel at Turn 10. The car was beached and had to be recovered by the safety team. 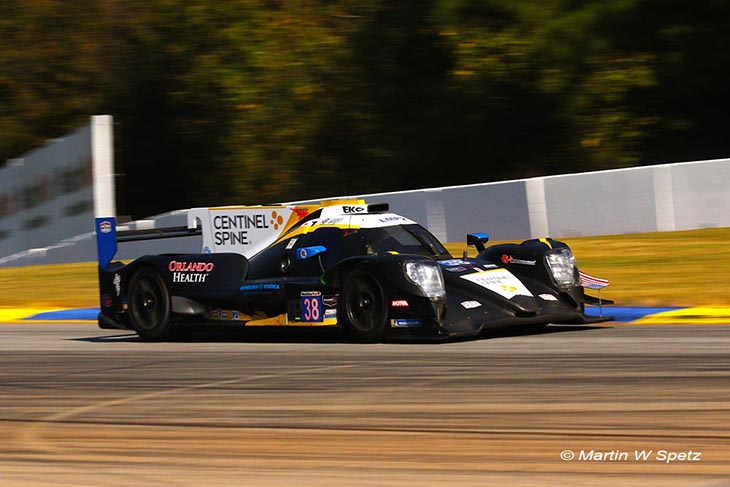