Hello once again from a much warmer, sunnier Michelin Raceway Road Atlanta than yesterday morning. Our own Ryan Kish has a report of what happened in a scintillating qualifying session for the 22nd running of Motul Petit Le Mans.

Meanwhile, here’s some of the rest of the action from the ground floor at Road Atlanta, starting with a wrap up of the support series.

Cindric & Priaulx Finish 2019 With A Flourish in Fox Factory 120 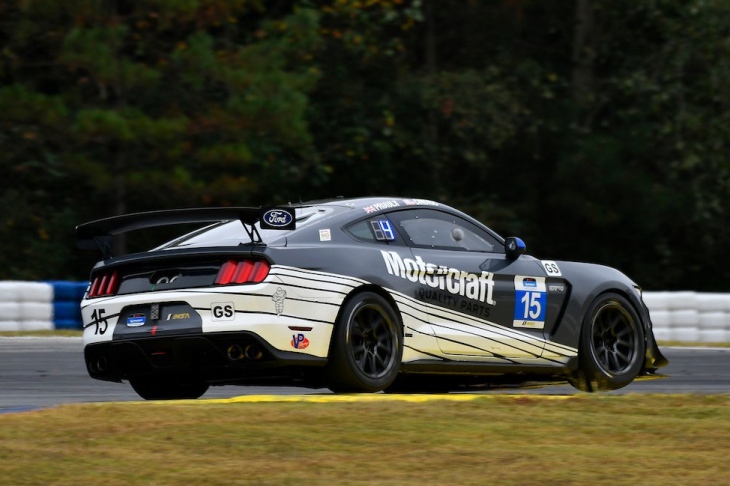 The younger Priaulx looked as stellar as his father Andy in his first-ever race in the states, while the younger Cindric closed the deal for his first IMSA victory since 2015.

“When I drove in this series again years later, with the things I’ve developed, some of the NASCAR stuff is racecraft and that’s helped now,” Cindric said after the race. “I’ve been with other cars in tough situations. I’ve done some endurance races off and on. This is the core group of people and feels like you’re riding a bike. It’s why you get out of bed.”

Tom Long & Akhil Rabindra finished 2nd on the road in the #09 Automatic Racing Aston Martin Vantage GT4, but a violation of drive-time adherence has knocked them off the podium in the official results. Thus, the #69 Motorsport In Action McLaren 570S GT4 of Jesse Lazare and Corey Fergus move up to 2nd – and wrap up runner-up in the championship in doing so. Owen Trinkler and Hugh Plumb finished 3rd in their #46 Team TGM Mercedes-AMG GT3, giving Mercedes the GS Manufacturer’s Championship over Audi.

Despite finishing 11 laps down and 22nd in class, the #39 CarBahn with Peregrine Racing Audi R8 LMS GT4 of Paul McQuarrie and Jeff Westphal wrapped up the GS class Championship just by taking the green flag. They complete their season with six podiums, capped by a win at Sebring, from starting the year in deflating fashion after running out of fuel on the penultimate lap in Daytona.

The win in the TCR class and the inaugural TCR Class Championships went to the #98 Bryan Herta Autosport with Curb-Agajanian Hyundai Veloster N TCR of Mark Wilkins and Michael Lewis – their third win of the season and a fantastic way to close out the season.

Russell Ward was lucky to walk away from a heavy head-on crash approaching Turn 10, but the #33 Winward Racing/HTP Motorsport Mercedes-AMG GT3 was crushed with a head-on impact into the concrete barriers. Quadriplegic driver Michael Johnson had a heavy hit on the front stretch in his #54 JDC-Miller Motorsports Audi, he was extricated with no injuries.

The first on-track action of the day was the final race of the Prototype Challenge season. Mike Skeen recovered from an early spin and dropping to 18th place, to winning his first race of the season in his #23 Gilbert/Korthoff Motorsports car.

Starting the race secured the 2019 Drivers’ Championships for Austin McCluster and Rodrigo Pflucker in the #47 Forty 7 Motorsports car, who finished 6th.

A role reversal from Saturday afternoon’s Porsche GT3 Cup USA Race 1, saw teenage sensations Riley Dickerson and Roman de Angelis stage another nail-biting race – but in the end, it was the 2019 Champion, De Angelis, who captured his 11th win of the season, holding off Dickerson, a first-time career winner yesterday, by just 0.536 seconds.

“Everything kind of aligned this year and I felt really comfortable in the Porsche Cup car, so I’m looking forward to seeing what’s up next,” said the 18-year-old race winner. “Today was a difficult race. I didn’t really have the pace for Riley. He was hounding me the whole time, but I guess I was able to push a bit harder than he was and come away with it.”

Alan Metni won his second championship in the GT3 Platinum Masters sub-class with his 8th win of the season, and Sebastian Carazo put a stamp on his GT3 Gold Cup championship run with his 12th win and 16th podium in 16 races.

“No 2020 Plans Yet” for Risi Competizione

Risi Competizione will start on GTLM class pole position on Saturday thanks to a record lap from James Calado, but the Texas-based team’s plans for 2020 are still a mystery. 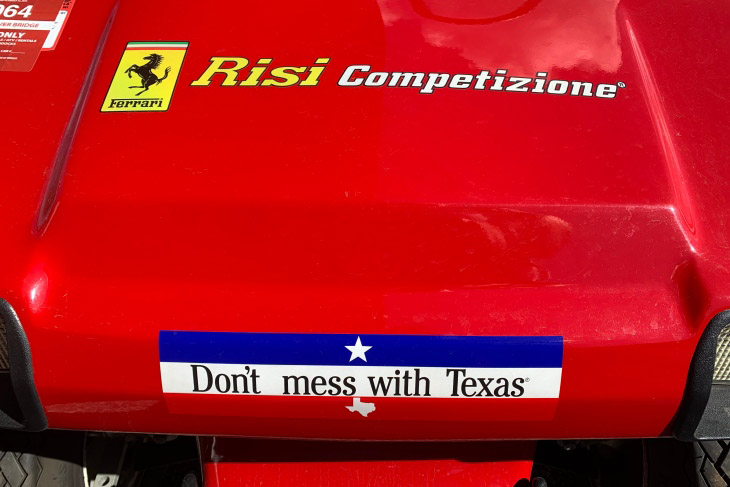 The American Ferrari racing stalwarts have been running only a limited schedule revolving around Le Mans and Daytona over the last two seasons, and for now, Risi Competizione has not confirmed anything for next year.

“Mr. [Giuseppe] Risi will make a decision about [2020] in due time,” a source within Risi Competizione told DSC. “For now, we’re focused on Petit Le Mans.”

No customer Acura DPis until at least the 2022 refresh

A source at Acura Motorsports has let DSC know that there will be no Acura DPis making their way into customer teams’ hands for another three years, largely due to a three-year exclusivity deal with Team Penske that runs through the 2021 season. 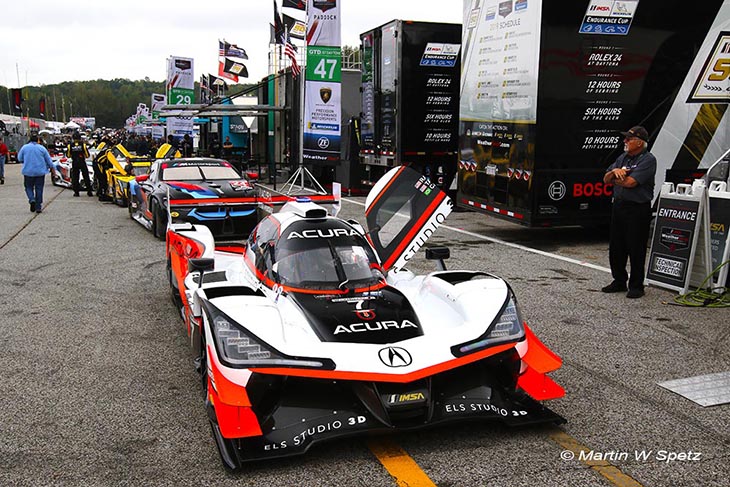 The end of that deal coincides with the “DPi 2.0” regulations that are being finalized in anticipation of a 2022 launch. Acura has confirmed that there is interest in teams purchasing their cars – it’s just a matter of finding the right team that’s looking to make the switch from their current programmes.

This writer had the chance to ride shotgun in a BMW M5 Competizione alongside BMW Performance Driving Center driver Michael Feller thanks to the IMSA Hot Lap Experience during the afternoon. 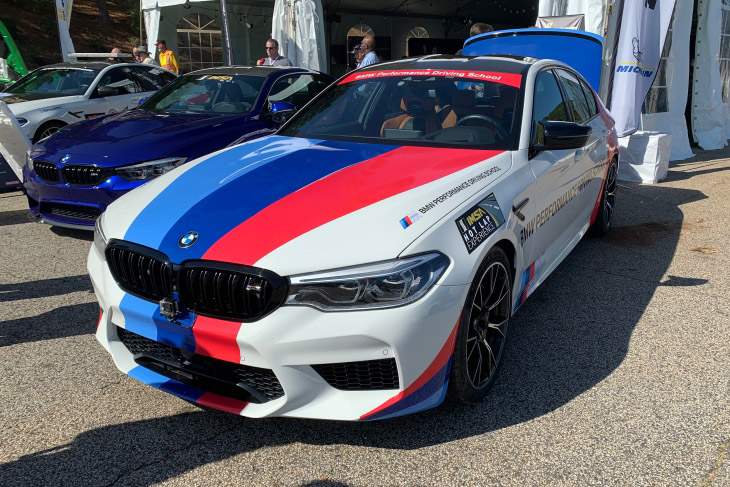 The smile hasn’t left my face since ending my first ever passenger ride at speed around a racing circuit. Mr Feller didn’t hold back on his lap, using all of the track and the kerbs, giving the M5 a dab of opposite lock on corner exit, blasting down the backstretch at speed.

Video is coming soon, but there’s no way in the world that it can capture all of the joy that I felt as the lap came to a close.

This ends today’s track activities, I’ll be on track Sunday morning for the last notes prior to the start of the race at 5 past noon local time.