It’s been a huge year for Michelin in the IMSA paddock, taking over from Continental as the sole tyre supplier in the WeatherTech SportsCar Championship and the supporting Pilot Challenge and Prototype Challenge series.

But the French constructor has delivered, in almost every way. Speak to any team owner in the IMSA paddock and the feedback is overwhelmingly positive, drivers feel the same too. The 2020 tyres across the board have been durable, a minor hiccup at Watkins Glen in Pilot Challenge aside, and have shattered lap records.

In light of this, DSC spoke to Michelin’s director of motorsport in North America, Chris Baker (featured), to get some reflection on the brand’s big step up from only supplying GTLM tyres, to supplying the whole IMSA paddock in 2020.

So Chris let’s talk WeatherTech. When we spoke at Daytona back in January you were quietly confident, but focused, quite rightly, on customer service and durability of your products over performance.

But, you have come out and not only provided a good level of service and delivered a safe product, you’ve also shattered lap records at places like Daytona, Sebring, Laguna Seca, so many iconic circuits. You must be pretty pleased?

“So, yeah, I’ll confess, I am thrilled. I’m proud of the effort, because it’s not a result that’s delivered purely from the explicit tyre performance itself. 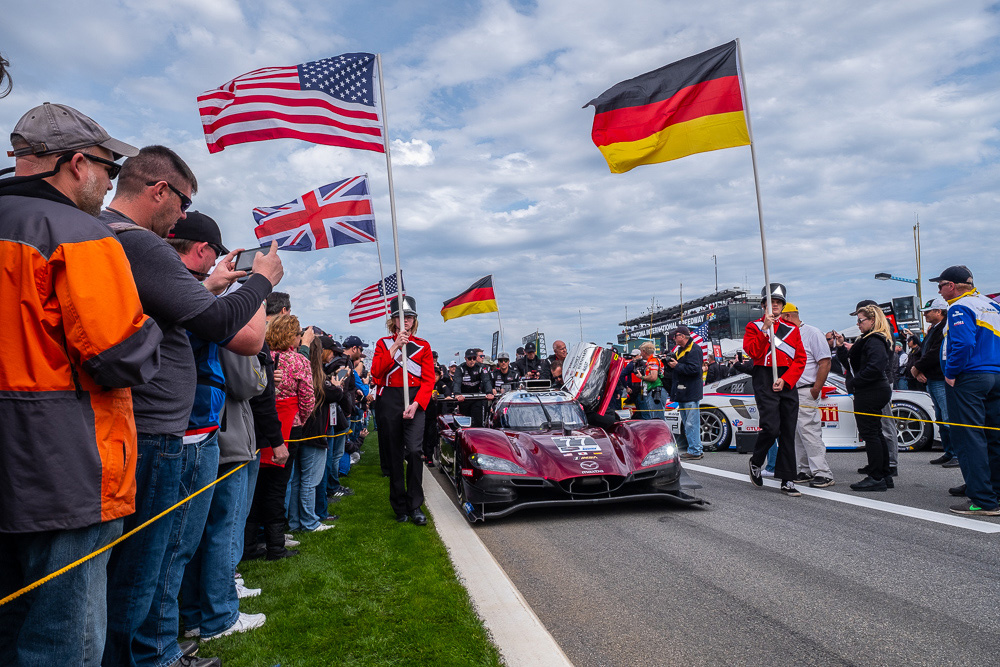 “But it’s an effort, it’s a result that comes from the effort our guys on pit lane put into interacting with the teams, to enable the teams to get the most that they can out of the tyres. And by that, you know, I’ll put a fine point on it, I don’t think that we would have seen all of the records that we’ve seen, quite honestly, if it had been just a situation where we just bolted on tyres, left everything the way it was when the 2018 season concluded, and guys took off and went racing.

“It’s been the interaction between our guys in the business, and with our venue leaders, our engineers, and the teams combined with the inherent goodness of our products that has yielded the results that we that we’ve all seen.”

In DPi, we’ve seen a swing in the performance from the different manufacturers during the season. We’ve seen Cadillac be strong at the start of the year, and Mazda and Acura come on strong by various means, partly due to BoP, partly due to the maturation of the cars.

Has the swing in form affected the way you’ve had to approach weekends when it comes to tyres because the performance has changed in some of these cars during the season?

“Well, I guess I would respond to that by saying that we go to the track the same way, with the operating conditions and the windows in which we want these guys to operate defined. What you’ll find is that when things aren’t going well, you have to be careful to project calm with the teams within your interacting. When the pressure’s on, let’s say Cadillac started out strong and then things cool off. You know, folks start to thrash a little bit and start getting, shall we say creative.

“And we have to be vigilant in those cases to make sure that folks don’t become too zealous. And looking for a tenth of a second when it could mean that they don’t finish the stint. You know what I mean?

“So I would say our general approach to extracting the maximum value from the tyres we supply has changed. But we are sensitive. We are sensitive to the fact that teams come under pressure, they put pressure on themselves. I’m not going to suggest it leads to irrational behaviour but it certainly can lead to a level of creativity that you need to you need to manage, you need to mitigate.”

Do you think your tyres suit the range of cars that we have in DPi? 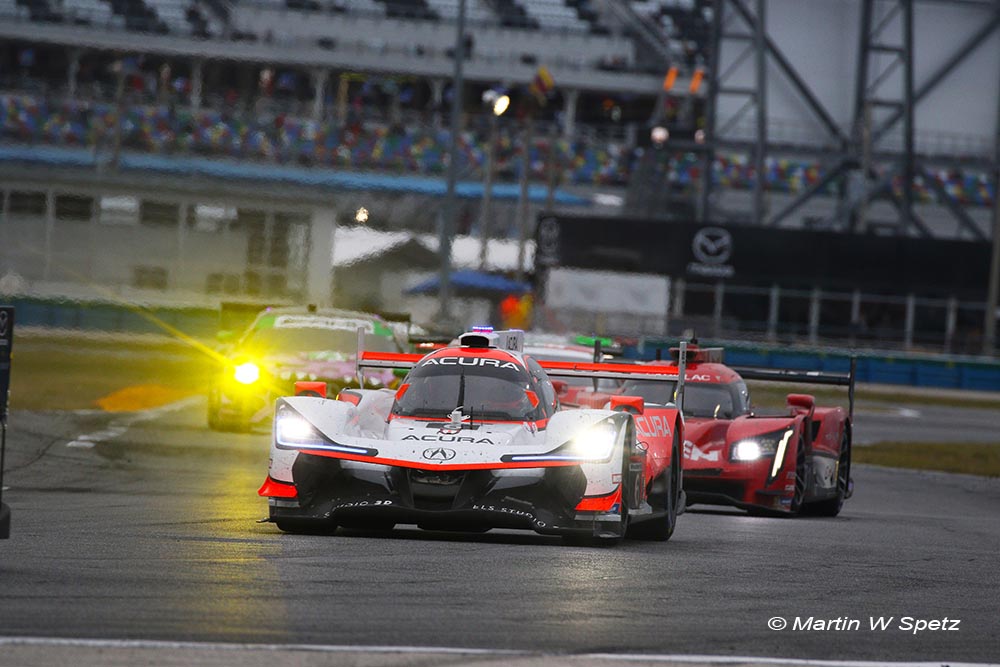 “You know, they learn and they have developed their car. They have worked hard to get it where it is really, before their breakthrough at Watkins Glen, and I’m not I’m not gonna take any credit for that. I’m going to say we’ve been doing the same thing all along. And they got their car on point, all we did at Watkins Glen is have a little heart to heart chat, because we could see the speed in the car.

“You know quite honestly our guys could see just over the horizon that Mazda was going to break through and we all, no kidding, we all thought it was going to be Watkins Glen, every one of us. So we had a little sit down, just to emphasise the fact that ‘Hey, guys, there’s speed in the car speed on the tyres, there is no need to get crazy with vehicle settings and risk a good result’. Or, you know, five hundredths of a second or six hundredths of a second, it’s just not worth it.

“That’s the only credit I’ll take. I’ll just take credit for that, because they already had their car working.”

How much problem solving have you had to do in WeatherTech this year? Has it been a smooth ride overall?

“Actually you know, in WeatherTech, I’m not gonna say it’s been smooth sailing because we’ve come across, what I would call, the standard rack of problems. Things like when guys have searched for blistering turn-in, they’ve got too aggressive on toe out and they wind up cooking the inside shoulders of tyres, a front axle. Or guys have been too aggressive with inflation pressure, combined with aggressive negative camber settings and they’ve hurt the rear axel tyres.

“But that’s the sort of stuff that we deal with normally. I guess to answer your question, we haven’t had a specific situation where we had all hands on deck to study a problem like we did with TCR and Watkins Glen.”

What happened at Watkins Glen?

“We knew that at some point during the season we were going to get a spanking; we were going to run up against something that would require us to execute some good problem solving skills. “And that’s what materialised at Watkins Glen, when we saw some challenges with the TCR class in Pilot Challenge.

“Our simulations hadn’t accurately portrayed what we saw. What we faced was an unusually high deflection of the tyres, something that hadn’t really shown up in the simulation work that we had done, and it showed up specifically in the TCR class. And if we’re honest, this year we didn’t expect them to be so fast. 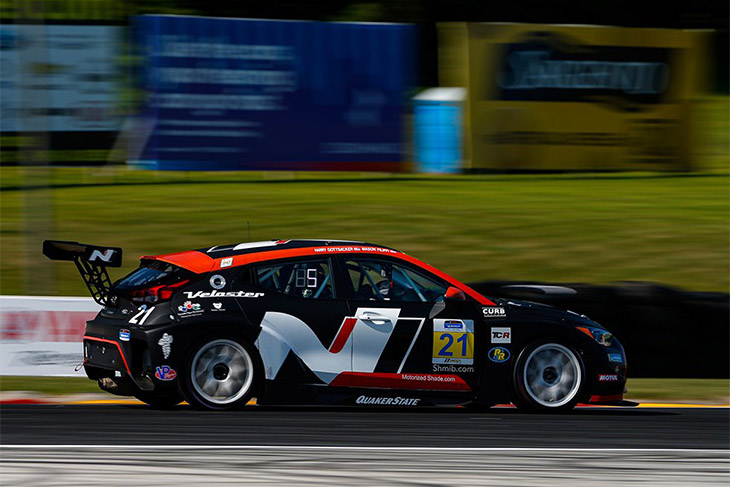 “TCRs are, obviously, quite fast front-wheel drivers, with quite a heavy weight bias to the front. And we discovered that the camber and hot pressure recommendations for the operating window that we had given were not sufficient. We needed to significantly reduce the deflection of the tires, particularly the outside of the front-lefts.

“Of course, what happens when you discover that is that the teams just freak out when there’s something wrong with the tyres. But we were able to show them our post mortem results on tyres that had been damaged internally, so that they could understand what we look for.

“In the end though, it was quite a good race, we broke records, but we had to find a solution in a hurry.”

Do you thrive on situations where things don’t go to plan? Do you and your team almost enjoy what you can learn from challenges?

“Yeah, the stuff that we’ve learned in the challenging situations we’ve had, is valuable. It sounds trite. But we really have. You learn through difficulty. Furthermore, you learn something about your people when you run into those situations. I’ll say in straightforward fashion, we’ve had the opportunity to do some coaching with our people because some of them are less experienced than others.

“We’re not done, we’ve got quite a ways to go yet. And when the chequered flag falls at Petit I will make my own assessment. But for now, I’m cautiously optimistic that we’re on our way to a decent debut season.”

Tell me more about Pilot Challenge. You’ve mentioned the events at Watkins Glen, but outside of that it appears to have been a successful year. How have you found working in that series?

“Producing tyres for Pilot Challenge creates a different challenge than what we have in a ACO GTE Pro or, GTLM. And it’s certainly different than the challenges we face in Prototype.

“You do have, just like in GTLM, mid-engined cars, you have rear-engined cars, and you have front-engined cars. In Pilot Challenge’s GS class we face the same scenario. But these are not factory efforts. So we are not doing in-depth simulation, sharing in-depth tire models and that sort of thing. There’s a lot more track testing, and a lot more empirical data involved in creating these tyres. 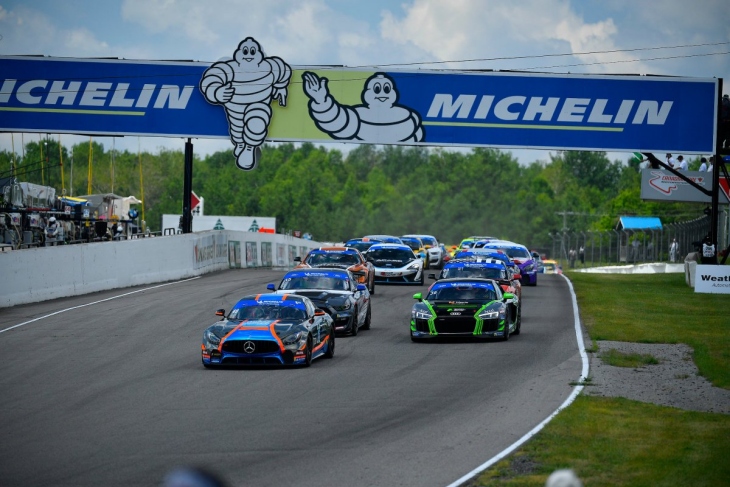 “And keep in mind, we went into this debut season with a family of tyres that was created around two years ago, using at that time the best information that we had from experience in Europe and in Asia, but not here in North America.

“We don’t really take anything for granted, I would like to have had, during the course of this season, more dry time running, as you may know, we’ve suffered rain in a far greater percentage throughout the season than has ever been the case.”

So where do you go in 2020, will you be developing all new tyres for next season for all of the classes in WeatherTech and Pilot Challenge?

“So you’ll see for the 2020 season, a new internal architecture for the prototype class which will align of course with our approach for the WEC. We have our own bespoke medium and hard solutions for IMSA. And then in GTLM, obviously we will be using the WEC offer with our bespoke IMSA hard. So in GTLM and in prototype, you’ll see new stuff.

“In GT Daytona, you won’t because they’re on the commercial tyres, which will keep for 2020. There will also be no changes for TCR and for GS in Pilot Challenge.”