The #5 Mustang Sampling Cadillac DPi-V.R. with Joao Barbosa is currently in the lead of Petit Le Mans at the halfway mark. Barbosa has a 1.539-second advantage on the #77 Mazda RT-24P. That gap has been crunched down thanks to a Full Course Yellow that flew just before the start of hour five.

Timo Bernhard has the controls of the #77 Mazda, which has begun to find pace after struggling in the earlier stages of the race.

Two cars in DPi have run into issues since the end of the first hour; the #50 Juncos Racing Cadillac DPi-V.R. and the #55 Mazda RT-24P.

The #50 Cadillac went behind the wall halfway through the third hour after coming to a stop on track. The issue was found to have been a failure of the car’s power steering system. It rejoined the race 44 laps behind the leader of the class.

The #55 Mazda ran into struggles near the start of the third hour of the race. The car was driven behind the wall, it underwent repairs, was sent back out, but completed only one lap before returning to the paddock. It is currently 53 laps behind the leading DPi.

The #67 Ford GT and Scott Dixon have the lead of GT Le Mans with Daniel Serra in the #62 Risi Competizione Ferrari 488 GTE keeping the pressure on Dixon. 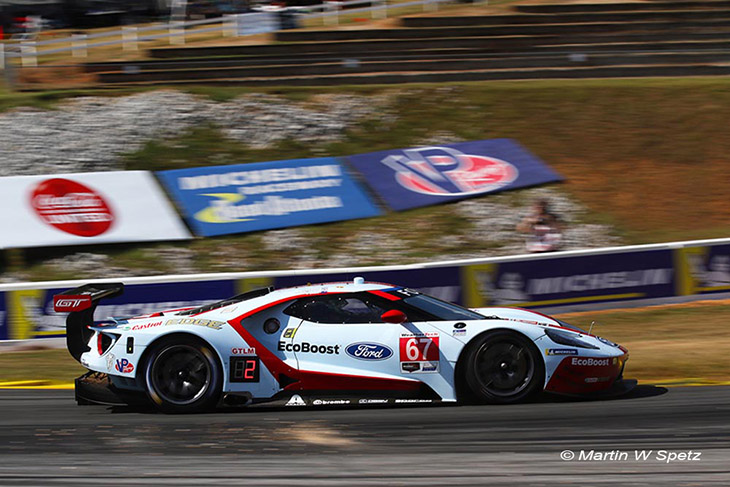 Third, in the class is the #25 BMW M8 with Tom Blomqvist. That has been the more fortunate of the two BMW cars after the #24 BMW M8 has dropped out of contention following a technical issue, the #24 BMW is 19 laps behind the leader of the class.

Just before the race’s halfway mark, the #66 Ford GT with Dirk Mueller on board had a spin at Turn One which led to a Full Course Yellow. The car was beached in the gravel and needed to be dragged out. The only contact was a small nudge between the tyre barrier and the nose of the car as it came to a rest.

The #66 Ford was able to continue with no repairs needed, it did lose two laps, however.

Leading GT Daytona is the #96 Turner Motorsports BMW M6. Robby Foley is currently at the wheel and has a 4.254-second advantage on the #33 Riley Motorsports Mercedes-AMG. Ben Keating is in the #33 Mercedes as they look to complete Keating’s drive time before nightfall. 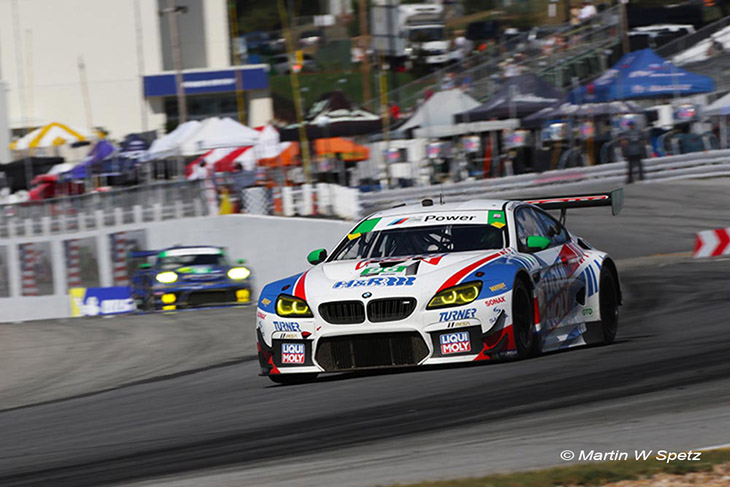 The #63 Scuderia Corsa Ferrari 488 GT3 has Cooper MacNeil at the helm, that car is running well and has not dropped out of the top half of the order for much the race thus far.

Two minutes before the halfway mark, the championship-winning #86 Meyer Shank Racing Acura NSX was one behind the wall. White smoke was emanating from the back of the car and from the exhaust pipes. The team is looking to diagnose the issue and repair the car.

The second Full Course Yellow of the day came as a result of an off for the #12 AIM Vasser Sullivan Lexus RC-F. Aaron Telitz made contact with the #10 Wayne Taylor Racing Cadillac DPi-V.R. The contact sent the #12 Lexus onto the grass and causing Telitz to brush the concrete barrier.

The contact appeared to be minor and Telitz was uninjured, but the car was unable to be driven back to the paddock. The car has spent just over two hours behind the wall and the team is continuing to repair the car.

The #52 PR1/Mathiasen Motorsports ORECA 07 is currently leading LMP2 but is behind the wall for repairs to the car’s suspension. 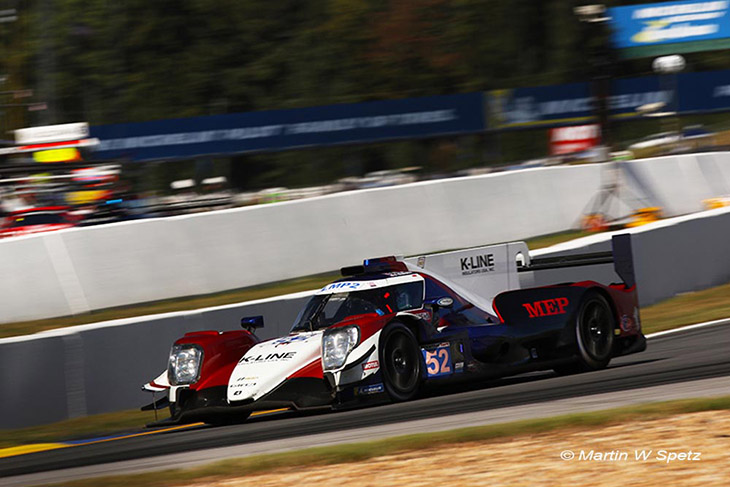 The race in LMP2 has effectively been decided following an incident involving the #38 Performance Tech Motorsports ORECA 07. Cameron Cassels had a coming together with the #7 Acura Team Penske ARX-05c which was being driven by Helio Castroneves.

Castroneves made contact with the rear of the #38 Performance Tech Motorsports ORECA 07 in the Esses, sending the #38 ORECA careening into the barriers. Cassels was uninjured but the car itself was significantly damaged and the team announced their retirement from the race shortly after receiving the car in the paddock. The #38 ORECA was the first, and so far only, retirement from the race.

Cassels had gotten out of line in the Esses and lost speed when trying to save the car from sliding onto the grass. Carrying much more momentum, Castroneves could not slow down sufficiently before hitting the back of the #38 ORECA.

The #7 Acura was given a drive-thru penalty for incident responsibility.