The penultimate round of the 2019 VLN takes place this morning with a 4-hour encounter, the 51st running of the ADAC Barbarossapreis and a 160 car grid.

One of their major challengers will be Team Black Falcon AutoArena Motorsport duo Manuel Metzger and Patrick Assenheimer who took the victories at VLN4 and VLN6.

In between, Assenheimer was also successful in winning VLN5 together with Maro Engel.

Phoenix Racing has entered two Audi R8 LMS to be driven by Vincent Kolb and Frank Stippler as well as by Michele Beretta, Steve Jans and Kim-Luis Schramm.

The “Grello”-Porsche of Manthey Racing with Otto Klohs and Matt Campbell will provide additional colour and Augusto Farfus will once again drive for BMW Team Schnitzer as a solo driver.

Mercedes-AMG also fields their 2020 spec AMG GT3 Evo for Hubert Haupt, Yelmer Buurman and Luca Stolzin in the SPX category. Black Falcon will be in charge of running the team.  It’s the 2020-spec AMG’s second race outing after racing at the 24H Portimao race last month 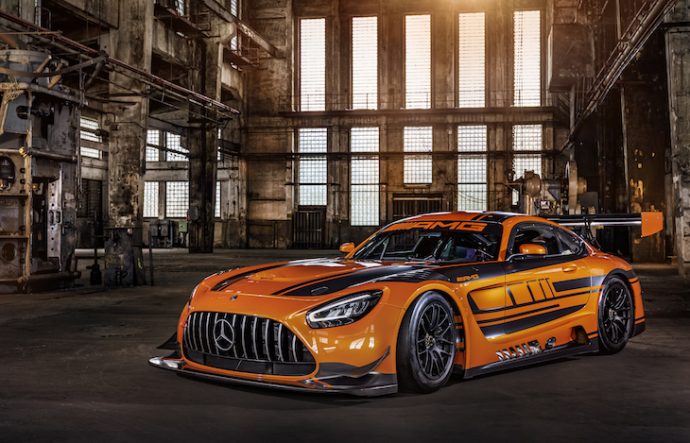 Fübrich/Griessner in the lead of the adjusted overall classification

After consideration of the two void results, Yannick Fübrich and David Griessner of the Pixum Team Adrenalin Motorsport are currently in the lead of the VLN overall classification with a score of 48.57 points.

The championship leaders won five of six races in the BMW M240i Racing Cup. 14 entries race here in the class.

With 29 registered cars, class V4 will once again see the greatest number of starters. According to the adjusted standings, the two other main title contenders are also coming from the category of cars up to 2,500 cc capacity. The trio of the Team AVIA Sorg Rennsport, Torsten Kratz, Oliver Frisse and Moran Gott, took the victories at VLN1, VLN3 and VLN6 and now have 48.01 points to their credit.

The current VLN champions Danny Brink, Philipp Leisen and Christopher Rink with #1 were victorious at VLN4, VLN5 and VLN7 and are shown with a total of 48.15 points. Both crews, however, cannot afford any more zero points result.