Maximilian Buhk and Raffaele Marciello celebrated the first VLN victory for the #48 Team Mann Filter Mercedes-AMG at the eighth round of the VLN season, the duo dominating the 51st ADAC Barbarossapreis over four hours.

Walkenhorst Motorsport with Christian Krognes, David Pittard and Jody Fannin crossed the finish line in second place with their #34 BMW M6 GT3. However, the car was disqualified after the race as it was not in compliance with its homologation. 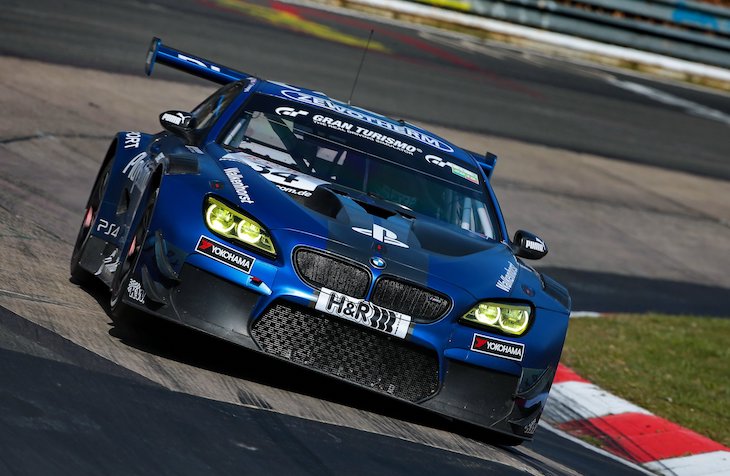 The Stewards stated in their decision: “During final scrutineering, it was established that the tightening torque of the spring plate safety bolts did not comply with the requirements and it was possible to loosen them manually. This represents an infringement of Article 1.6 of the Class SP9 Technical Regulations. This article stipulates that it is the competitor’s responsibility to ensure that his car complies with the FIA GT3 homologation as well as with the technical data sheet applicable for the specific model at all times during the event.”

The team declared that they would not appeal.

As a result, Philip Ellis and Maximilian Götz in the #2 Mercedes-AMG GT3 of GetSpeed Performance moved up into second place. 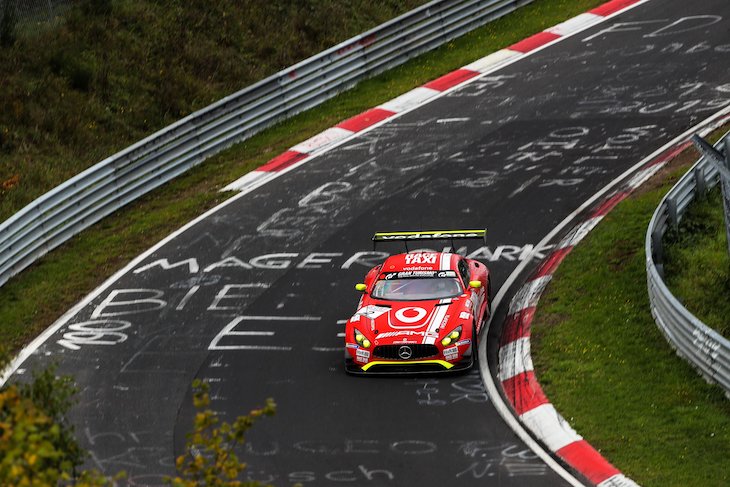 The top three was completed by Patrick Assenheimer and Manuel Metzger in the #6 Mercedes-AMG GT3 of Black Falcon Team AutoArena Motorsport, Mercedes AMG sweeping the podium.

“I am incredibly happy about my first VLN victory. And the HTP team has definitely deserved taking this success after we’ve had so much bad luck at the Nordschleife this year”, said Buhk. 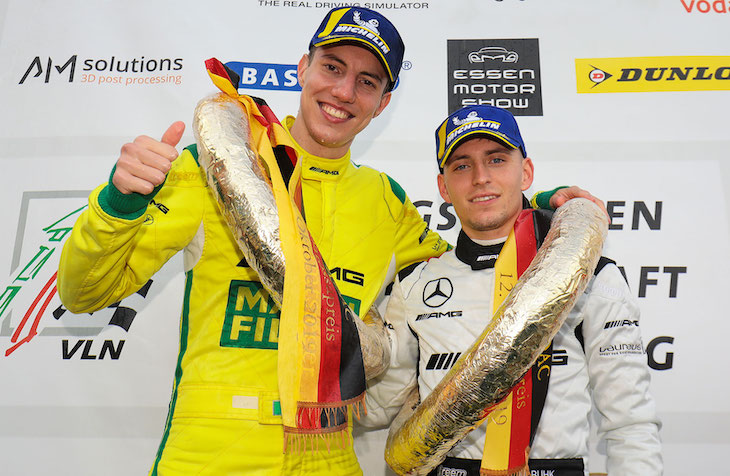 “Raffaele made the race an easy job for me. He completed two fantastic stints at the beginning so that I just had to bring home victory. I am now very much looking forward to my first race in the new Mercedes-AMG GT3 in two weeks time.“

Yelmer Buurman and Luca Stolz had a trouble-free debut in the new #54 AMG GT3 Evo in SPX to eighth position overall.

That meant that the as-yet unhomologated new car had a minimum pit stop time 30 seconds longer than for the SP9 teams and had to start the race from the last grid position of the first start group.

Black Falcon ran the car in VLN8 – at the VLN finale in two weeks time HTP-Motorsport will take their turn in charge of the new car.

Happy with their performance were the two GetSpeed drivers Philip Ellis and Maxi Götz:

“We can be more than happy with our result”, said Ellis. “We had a damaged tyre and also a damaged underfloor due to a slight collision after the start so that we had to fight against vibrations. Especially in the fast passages, it was quite difficult to evaluate whether the aerodynamics would work like normal.”

In a thrilling finale, Ellis succeeded in staying in front of the six times VLN winner Manuel Metzger, the latter finally taking the chequered flag just 0.412 seconds behind.

“I was completely aware that Manual was so close to me”, said Ellis with a smile on his face. “But he cannot perform any miracles, so I was not particularly nervous and rather concentrated on remaining in the front at the few locations where overtaking is possible at the Nordschleife.”

The battle in class SP10 (GT4) was once again very close.

Marc Ehret and Michael Schrey took the class win in the #193 BMW M4 GT4 for Hofor Racing by Bonk Motorsport. Behind them, their team mates Michael Fischer and Thomas Jäger were fighting for second place against the Black-Falcon trio Tobias Müller, Tim Scheerbarth and Tristan Viidas. The latter finally took the place by a nose. Their #162 Mercedes-AMG GT4 crossed the finish line only 1.291 seconds ahead of the #192 BMW.

Victory in the TCR class went to Mathilda racing, for the fifth time in the current season. Matthias Wasel, Frederic Yerly and Roland Schmid in the #806 Cupra TCR secured first place against Team Møller Bil Motorsport with the Norwegians Håkon Schjærin, Kenneth Østvold and Anders Lindstad behind the wheel of their #801 Audi RS3.

Yannick Fübrich and David Griessner scored their sixth class win in the BMW M240i Racing Cup in their #650 car, thus defending their championship lead and securing the best possible position for the finale.

In the adjusted standings with two void results, their paper-thin advantage ahead of the team mates and title defenders Danny Brink, Philipp Leisen and Christopher Rink is only 0.25 points.

The trio fought their way to victory in the very competitive V4 class with 26 starters in their #1 BMW 325i.

Oliver Frisse, Moran Gott and Torsten Kratz in the #706 BMW 325i of Team Avia Sorg REnnsport though were left behind in the race and thus lost their chances of the championship title this year.

The season finale of the VLN endurance championship Nürburgring will take place in two weeks on October 26th.