The Porsche entered the pit lane on the grass and Koller pitted, and went by Leutwiler with the rear of the Huracan fully alight after the damaged wheel apparently produced enough heat to ignite the surrounding bodywork.

Neither would score points so the gap pre-race remained, Koller the winner of the GT Open support Series. 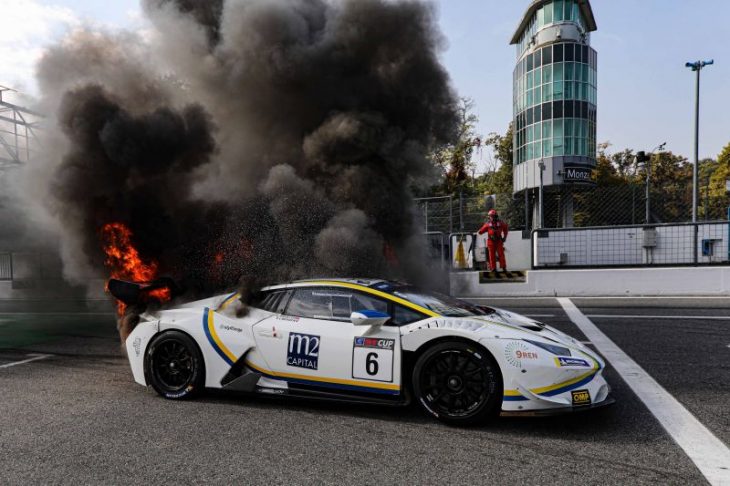