The 9 km road run in the centre of Rome on Thursday evening to start off proceedings for the FIA Motorsport Games made for some stunning photo opportunities but was tough on some of the machinery, TF Sport’s Team Turkey Aston Martin one of a number of cars not to enjoy the slow speed running “The clutch was absolutely welded after that” said Tom Ferrier on Friday morning! The TF Sport team though.

Team Denmark’s Christina Nielsen is feeling somewhat under the weather today with what looks like a heavy cold. The double IMSA GTD Champion though is toughing it out, and doing double duty as a novelty toilet roll holder! 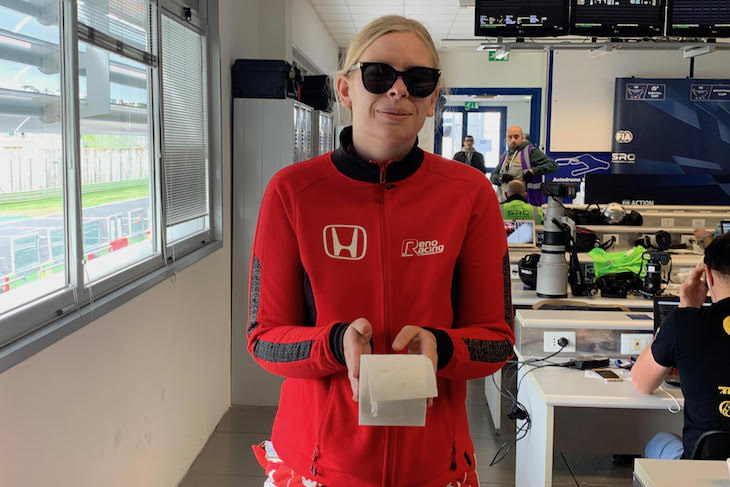 Team Germany has Steffen Görig aboard this weekend, not a change from Edward Lewis Brauner as the ‘two’ are one and the same man! Görig will be looking for better fortune than his last race start when he was one of several eliminated in the huge Lap 1 shunt in the ELMS at Portimao last weekend.

The FIA Motorsport Games are providing a welcome opportunity for high profile action at the Autodromo Vallelunga Piero Taruffi.

This very impressive piece of period memorabilia is on display in the press room, the project by Taruffi himself to lengthen the track from 1967. 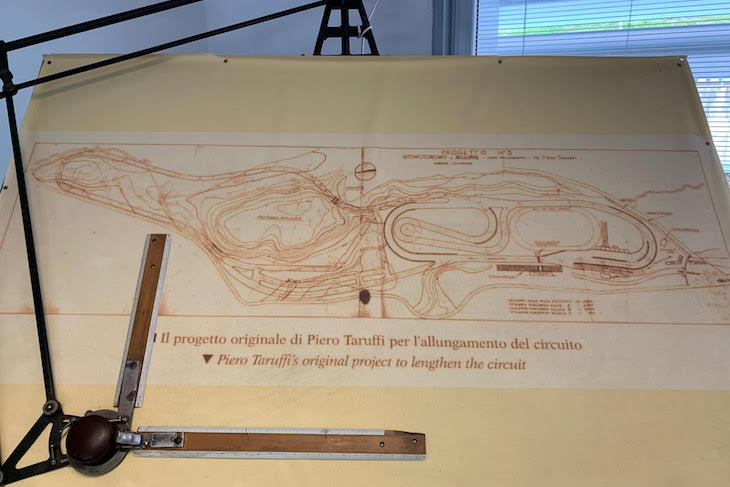 The track nowadays seldom features on these pages aside from brief race reports for the late season 6 Hour race, now sadly a shadow of its former self.

One rather tenuous link with modern-day top-class prototype racing comes from the 2007 race where Franco Ghiotto featured on the crew of the winning Norma M20 BMW, Franco is the father of Team LNT Ginetta driver at Fuji Luca Ghiotto!

The UK representative in the TCR Cup is Rory Butcher, the BTCC regular and ex JMW Motorsport ELMS racer is piloting a brand new MG6 XPower TCR, the car receiving its final homologation on Wednesday of this week! A second MG TCR is entered for Chinese team entrant Zhendong Zhang. 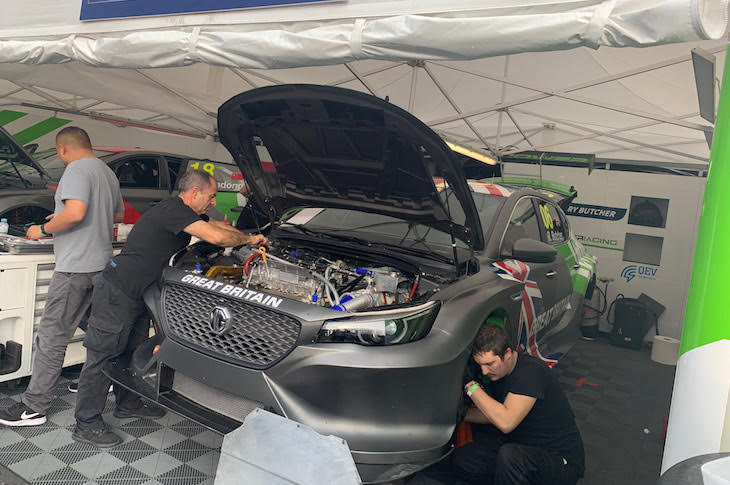