Following the conclusion of the 2019 European Le Mans Series season at Algarve in Portugal, both Michelin and Goodyear were present at the circuit as part of a three-day test last week organised by United Autosports.

Team owner Richard Dean told DSC that United was involved in the Michelin WEC tyre test, running development rubber ahead of the 2020/21 season. DSC understands that (current United WEC drivers) Albuquerque and Hanson, as a duo, tested this new rubber in the #22. 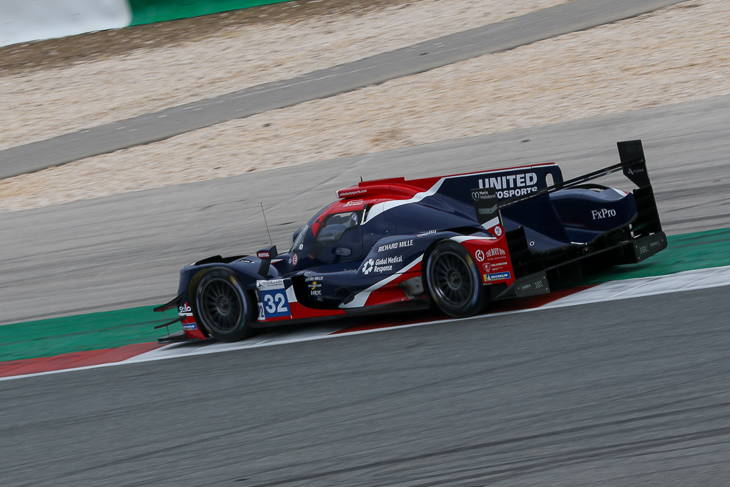 The #32 meanwhile, was running to a programme to prepare for the 2020 ELMS season. Cullen and Brundle managed plenty of milage in the ORECA, which lest we forget is a car which is still new to them after their switch from a Ligier JS P217 late in the season.

Kay van Berlo, a previous ELMS LMP3 race winner, also tested with United during this week in an LMP2. He has previous history with the team, having competed with it during the 2018/19 Asian Le Mans Series season. Current Algarve Pro Racing driver John Falb also turned laps with the outfit, in what was a belated day of running as a prize for winning the 2017 ELMS LMP3 title with the team.

DSC believes that G-Drive Racing was testing Michelins as part of TDS Racing’s (which runs the Aurus in ELMS) WEC exploits with Racing Team Nederland. G-Drive Racing is also expected to race with TDS Racing in Bahrain in December.

Duqueine meanwhile, was seen running Le Mans Cup vice-champion Michael Benham, who was due to sample its D08 LMP3 but didn’t due to the weather taking a turn for the worst.

As for Goodyear, its support staff were on hand for the first time as an ELMS supplier in public. The American constructor, which takes over from Dunlop as an ELMS LMP2 and GTE supplier was running with DragonSpeed, a potential new customer team for 2020. DragonSpeed was sampling the current FIA WEC Goodyear tyres with Ben Hanley leading the team’s evaluation. 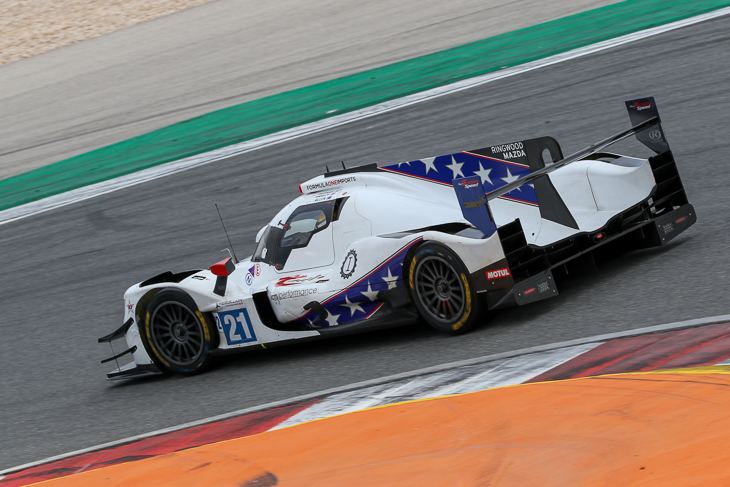 DSC understands that Panis Barthez also tested on Goodyears during Wednesday’s running as it continued to evaluate which supplier to use in 2020. Panis Barthez was unable to use its cars on Monday and Tuesday as Ultimate, a potential new LMP2 team for next season, was running its ORECA and Ligier in back-to-back runs. DSC believes that Ultimate opted to run the Panis Barthez ORECA on 2019 Dunlop tyres and the Ligier on Michelin tyres, as it believes there could be a competitive advantage to running a JS P217 on French rubber.

This testing for Goodyear comes after it spent multiple days out in Sebring with its WEC customer JOTA two weeks ago, preparing for the 2020/21 season. Mike McGregor, Goodyear’s manager of sales and on-track support, told DSC in Portimao that the JOTA-run ORECA managed to complete over 2700km of testing in Florida, using both current-spec WEC tyres and future concepts.

Goodyear now looks ahead to further tests it has planned in January, February and potentially April, where Goodyear says Jota and possibly additional customer teams will be involved.