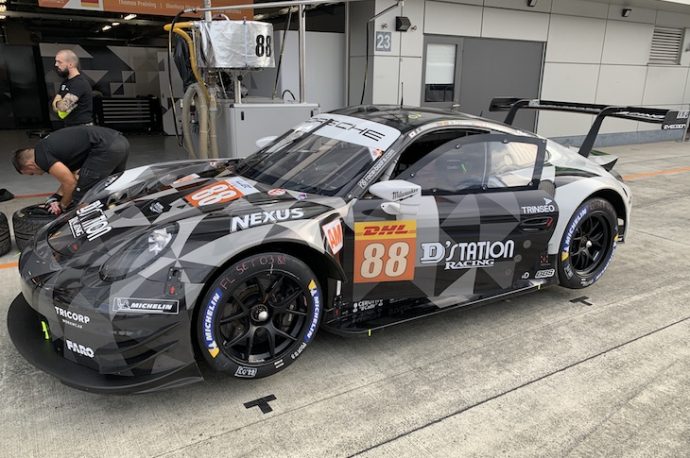 It was a late deal for Christian Reid to get these two on board.

Jonny Adam spoke to DSC yesterday about the prospects of TF Sport here this weekend. The British team is looking to score its second win on the bounce following its breakthrough maiden WEC win last time out in Fuji. 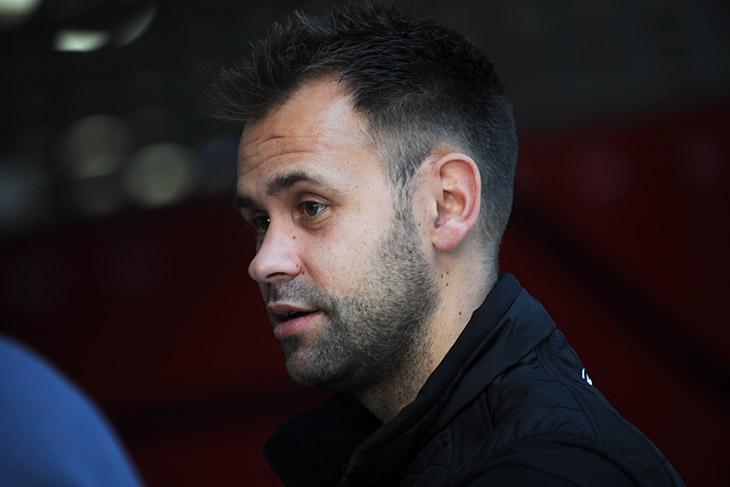 “I think we’ve got a good chance here. We’re carrying 25kg of ballast, which means we’re on ‘the tipping point’ of it making a tangible difference in outperformance. But the Vantage is strong around here, we saw that last year when it won within Pro.

“To me, the ballast may only be a factor for us in Qualifying, in the race we should be strong. Salih (Yoluc, the team’s Am) should have a good weekend, he knows this place from the WEC last season and from Asian Le Mans. He’s comfortable.”

Porsche Carrera Cup Asia is here supporting the FIA WEC with three races over the weekend for a field of 22 Porsche 911 GT3 Cup cars.

Amongst the entry is a five-car Earl Bamber Motorsport effort, the joint-team owning ‘Bamber Bros’ both here this weekend with Will on double duty with his Carrera Cup and WEC driving commitments.

High Class Racing’s drivers are wearing rather striking new uniforms this weekend, courtesy of a new sponsor, Go Brothers Energy Drinks, which is now a backer of the team on a multi-race deal. 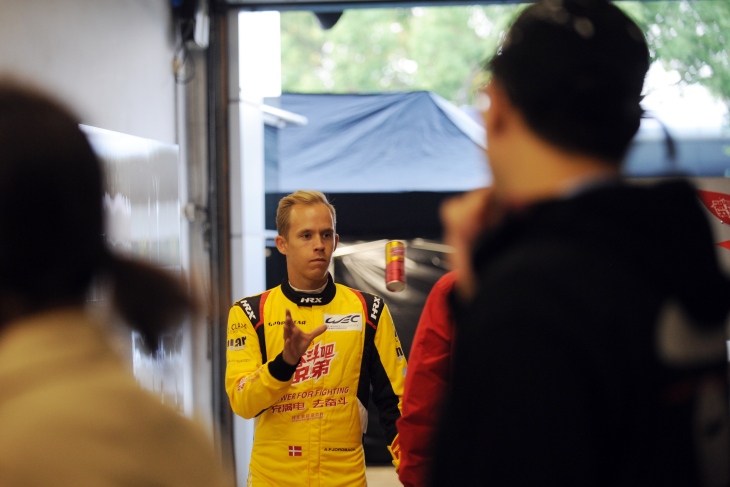 The energy drink, owned by Goodfarmer, is yet to hit the shelves in China but is thought to become a rival to Red Bull in the region in the future.

The Go Brothers team on site had a big presence in the team’s garage and hospitality all weekend with sample cans, and spent lots of time filming the team for promotional videos during the weekend.

With the latest round of Success Handicap penalties applied, Toyota is still confident of winning the race on Sunday, but it expects to be under pressure during qualifying and throughout Sunday’s four hours due to the nature of the circuit, which features long straights.

Goodyear is hoping to score its first FIA WEC class win here in Shanghai. After coming close in Japan, the American brand believes that if the temperature doesn’t drop off during Sunday’s race like it did last month in Fuji then it could be in with a real chance. 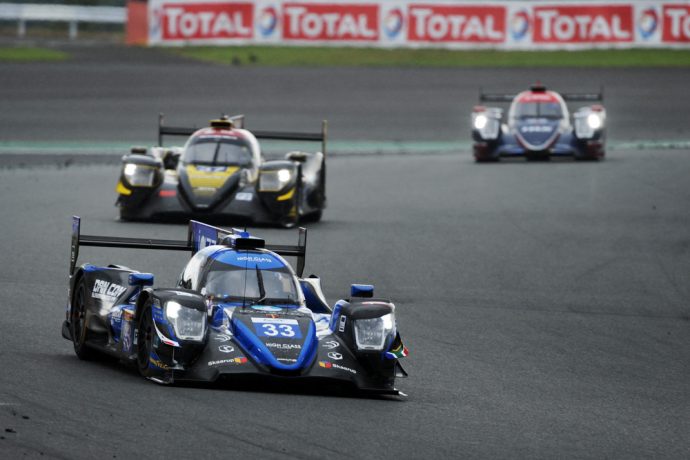 Thus far this year, Goodyear is yet to introduce its third tyre spec for the season, that is likely to be shown off in the second half of the season. Michelin meanwhile, has made all three available.

Both Goodyear and Michelin, have been busy out testing for the 2020/21 season, despite that fact that neither brand knows whether or not it will be supplying tyres for LMP2.

Michelin tested with United Autosports after the ELMS finale at Portimao, while Goodyear spent multiple days out in Sebring with its WEC customer JOTA two weeks ago. Mike McGregor, Goodyear’s manager of sales and on-track support, told DSC in Portimao that the JOTA-run ORECA managed to complete over 2700km of testing in Florida, using both current-spec WEC tyres and future concepts.

Sources in the paddock have suggested to DSC that since the decision to choose Michelin as the sole supplier for the ‘Hypercar Prototype’ class from 2020/21, that the situation in GTE Pro has changed. 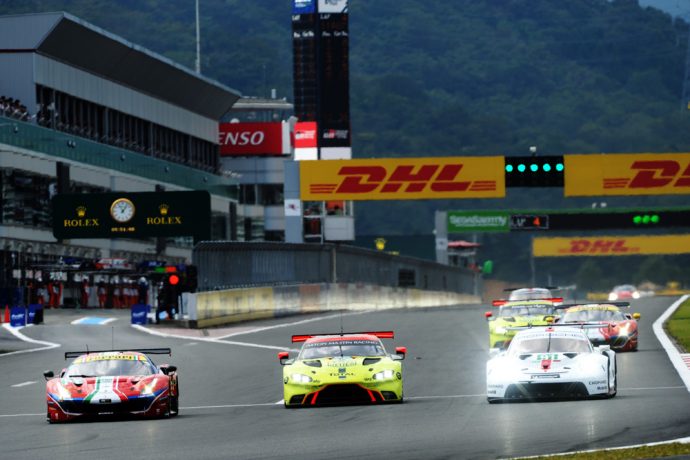 Initially, it looked like each class in the WEC would become single-tyre, but there is now a drive to keep GTE Pro, like GTLM in IMSA, as an open formula, leaving the door open for a Michelin vs Goodyear vs anyone else fight in the future.

We now wait for a decision/tender process to begin for the LMP2 and GTE Am classes.

United Autosports’ Christian England has had successful surgery following serious injuries suffered in the lap one accident in the ELMS race at Portimao. 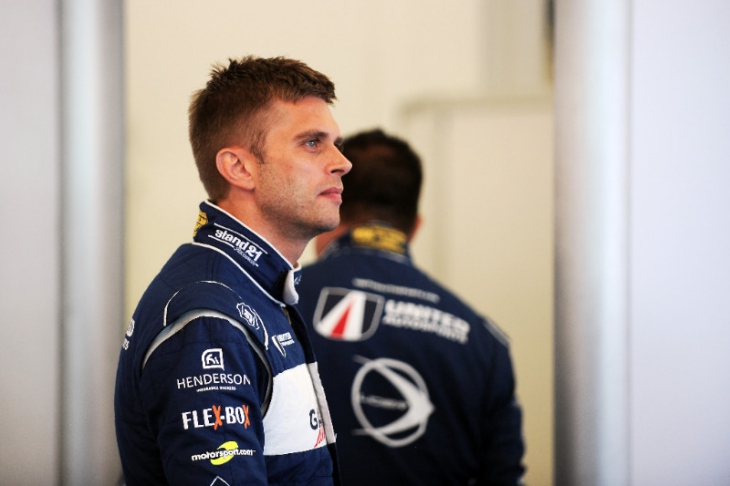 Whilst the recovery time is likely to be long for Christian, his surgeons are reportedly very happy with progress.

Once again the motorsport family has rallied in support, a JustGiving fundraising effort to support his medical expenses has passed its target of £25,000 (the hospital Christian was taken to not a publicly funded institution).

As always with these matters there will be struggles ahead, and Christian’s ability to work will be significantly compromised for some time. Any additional donations will be very gratefully received and used very constructively.

You can see the page and donate HERE >>>