The #777 D’station Racing Aston Martin Vantage GT3 of Satoshi Hoshino, Tomonobu Fujii, and Tsubasa Kondo took pole position and will start Sunday’s three-hour Group 1 finale from Okayama International Circuit at the front, after qualifying for the sixth and final round of the 2019 Pirelli Super Taikyu Series.

Hoshino and Fujii took top spot in their respective qualifying groups, and their aggregate times gave them pole position by 1.4 seconds – their second straight pole to close out the season. It’s a confidence boost for both drivers, who along with young Aston Martin hotshot Ross Gunn, will embark on their maiden Asian Le Mans Series campaign in two weeks’ time from Shanghai, China.

In the battle of the ST-1 cars, the #47 D’station Porsche 911 GT3 Cup (Tatsuya Hoshino/Manabu Orido/Kenji Hama) took pole position in class and will start 6th overall on Sunday afternoon. 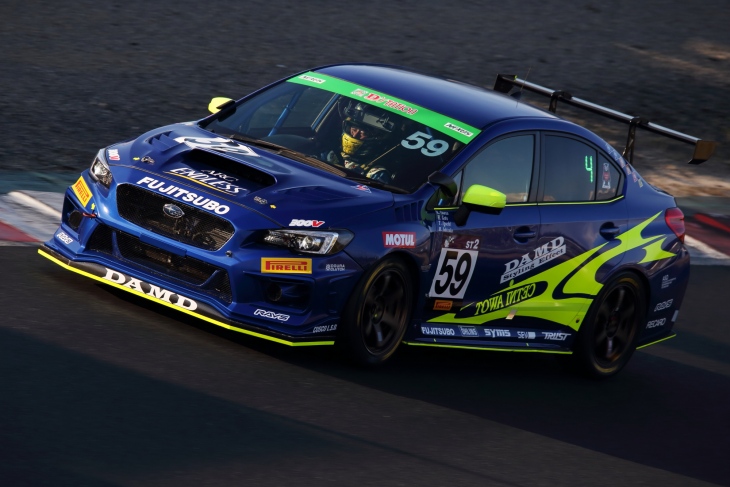 With this, TOWA INTEC Racing – whose streak of consecutive ST-2 Class Championships began in 2013 with the last-generation Subaru Impreza WRX STI – eclipse the previous record set by the Petronas Syntium Team, who won six consecutive premier class titles in Super Taikyu from 2008 to 2013.

The #2 KTM Cars Japan X-Bow GT4 (Taiyou Iida/Hiroki Katoh) took its fourth pole position of the year in the ST-Z class, and its second in a row to close out the season. Iida and Katoh will start 8th overall, ahead of the championship-winning #3 Endless Sports Mercedes-AMG GT4 (Yuudai Uchida/Hideki Yamauchi/Tsubasa Takahashi), 2nd in class and 9th overall. 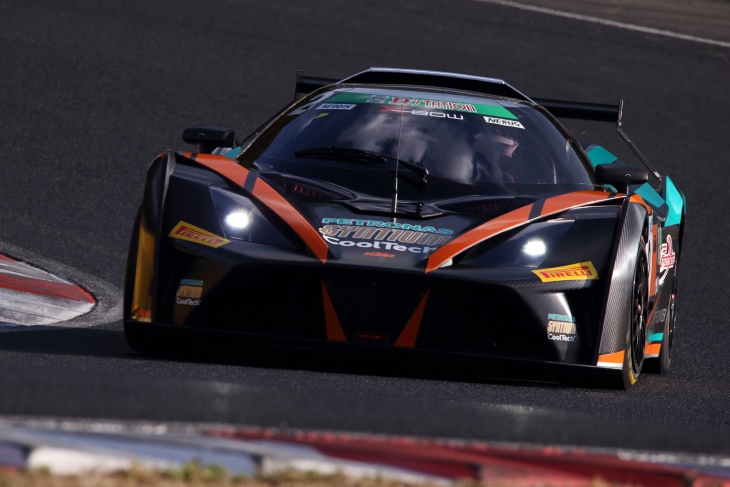 Two more championships are up for grabs in the Group 1 Race – including an ultra-close ST-TCR Championship fight where after qualifying, the top four teams are separated by just two points! 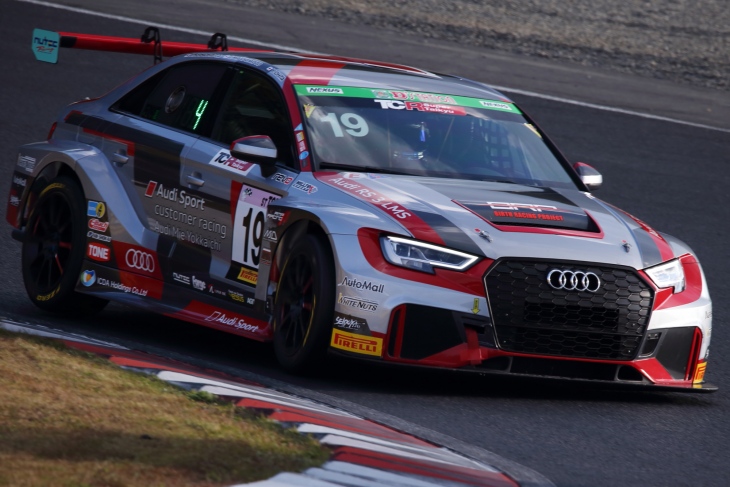 In this winner-take all fight, the #97 Modulo Honda Civic TCR (Tadao Uematsu/Shinji Nakano/Mitsuhiro Endo/Hiroki Otsu) qualified 2nd in class, and the #45 Brin-Naub RS3 LMS (Naoto Takeda/Takuya Shirasaka/Shozo Takahara) was 3rd. Both these cars are just a half-point out of first place!

Meanwhile, newly-crowned TCR Japan Series champion Matthew Howson will start shotgun in the 33-car Group 1 field in the #501 KCMG Annika Civic TCR, joined by Paul Ip and Jim Ka To, after Howson was unable to complete a lap in the second round of pole qualifying. 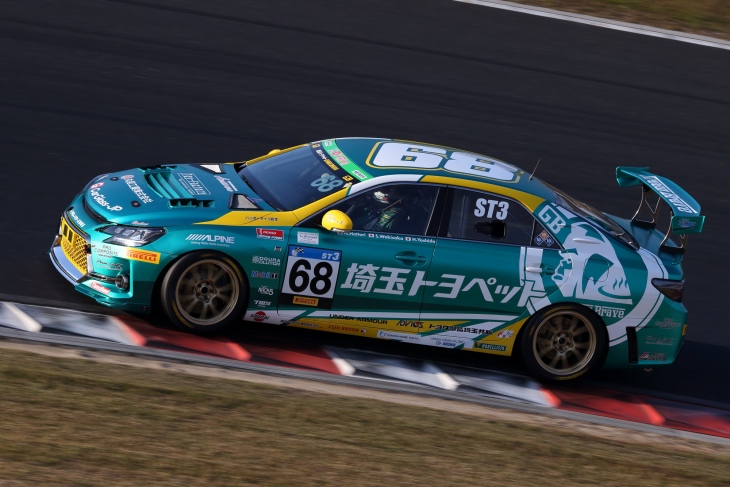 This effort from the GreenBrave team comes one week after Hattori suffered a heavy crash in a pre-event test last week, leaving the legend with broken ribs and the team with a hefty task to repair their car. Yoshida and Wakisaka stepped up on behalf of the Japanese legend to secure that bonus point.

The #62 Denso Le Beausset RC 350 (Koki Saga/Ryo Ogawa/Ryo Hirakawa) qualified 2nd in class in Le Beausset Motorsports’ final race before ending its motorsports activities at the end of the year.

Hiranaka and Kunimoto denied the #86 TOM’s Spirit 86 of Sho Tsuboi, Yuichi Nakayama, and Takamitsu Matsui pole position by 0.449 seconds on aggregate, and the #884 Toyota gains a bonus point in the standings. They only need to finish 5th or better in class on Sunday morning to get Shade Racing their first title in just their second season. 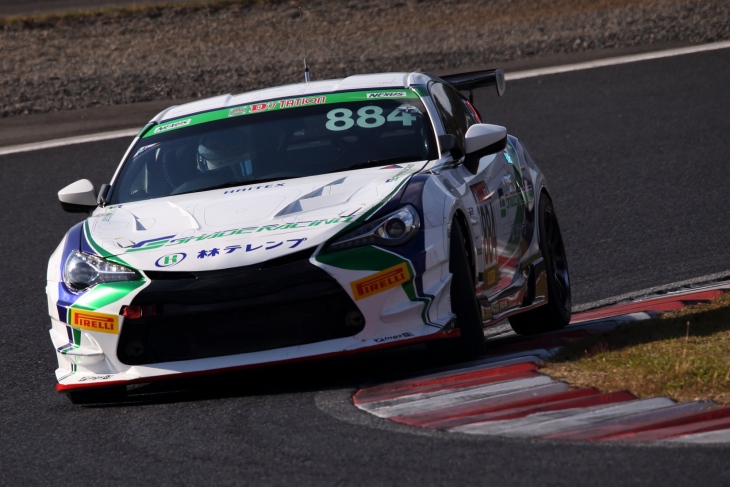 And in ST-5, the championship is decided and the #4 The Bride Honda Fit RS3 of Hidefumi Minami has won the series title, as the #88 Murakami Motors Mazda Roadster ND (Hiroyuki Murakami/Yasunori Nakajima/Naoki Yamaya) failed to take pole position. 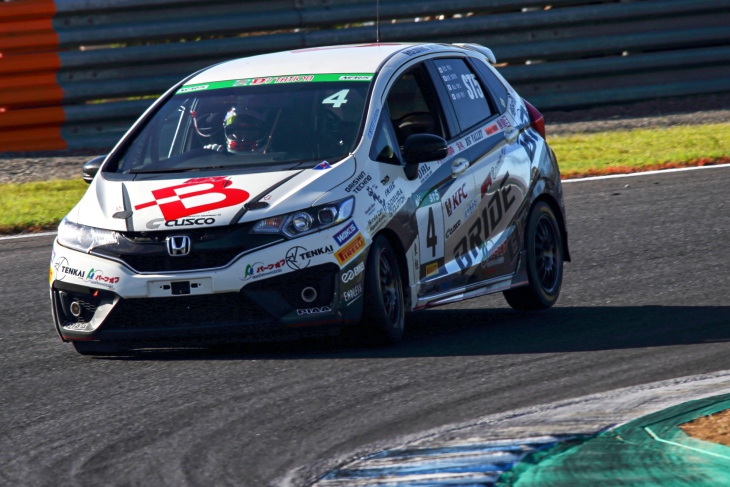 Instead, it’s another Roadster, the #66 odula Idia Roadster (Riku Hashimoto/Takayuki Takechi/Shohei Oda) that snatched pole position for the ST-5 class by an aggregate time of just 0.095 seconds in the end!

With their championship secure, Minami, and co-drivers Toshiro Seno, Carlos Honda, and Shunsuke Sato will start 5th in the class.