Dane Cameron is set to join Honda Team Motul together with Bertrand Baguette and Marco Bonanomi in their NSX GT3 Evo at the Kyalami 9 Hour race in South Africa on November 23.

The Kyalami event will be the fifth and final round of the Intercontinental GT Challenge (IGTC). Honda Team Motul entered the IGTC at the second round of the 2019 season, the California Eight Hours at Laguna Seca, and scored a debut pole position with the NSX GT3 Evo.

The team raced too at the 24 Hours of Spa in July and the Suzuka 10 Hours a month later.

For Kyalami, Bertrand, who has driven in each of Honda Team Motul’s three races this year, and Marco, who came into the line-up for Suzuka, are joined by IMSA WeatherTech Sportscar Champion Dane Cameron. 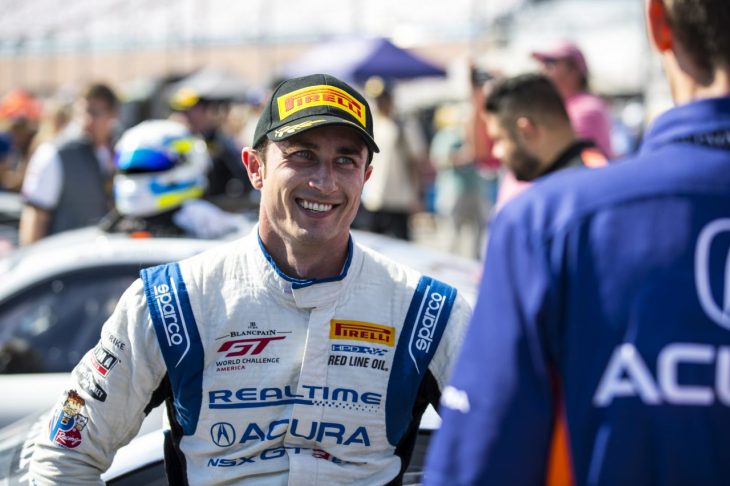 The Kyalami 9 Hour begins with free practice on Thursday 21st November with qualifying the following day and racing on Saturday 23rd.

Dane Cameron: “The 2019 season has been one of the best of my career and I’m proud to be asked by Honda Team Motul to race the NSX GT3 Evo in the IGTC. I’ve driven the car in the Blancpain GT World Challenge America for most of the year, won a lot of races in pro-am and helped my team win the championship, so I think that shows how strong it is. We’ve developed a great understanding of how to get the best out of it on the Pirelli tyre, so that should be something I can bring to the table while I get used to working with a new team at a new circuit.”

Bertrand Baguette: “I am excited about racing at Kyalami for the first time. It’s a twisty circuit with a lot of slow corners, so that should suit the NSX GT3 Evo, which has very good traction and braking stability. We showed at Laguna Seca that we have a great qualifying set-up and at Spa, despite the changing weather, we proved our race pace. The aim is to combine these two in South Africa and come out with a result everyone in the team can be proud of.”

Marco Bonanomi: “I can’t believe the season is nearly over, because it only seems like a few weeks since everything started. I think the NSX GT3 Evo will be a good car for Kyalami and if we can combine what was learnt at Laguna Seca, Spa and Suzuka, we can have a strong weekend. Bertrand and I have a good relationship and I’m looking forward to having a renowned champion like Dane join us for Kyalami.”