Last weekend Brabham Automotive scored its first win with the BT62 Competition Spec ‘hypercar’, on its race debut at Brands Hatch in the Britcar ‘Into The Night’ race. The victory represented a key milestone for David Brabham and his brand, which he hopes to take to Le Mans in the future.

Racing at Le Mans is a big target for his boutique, aspirational road car brand, but one he feels he can achieve. It would be easy to discount the BT62’s performance on the Brands Hatch Indy circuit, because it was clearly the most advanced car in the field and had to run at 60 percent throttle to slow it down to a competitive level in the Britcar field.

However, this was a statement of intent. Brabham Automotive is here, it is going racing once again after a 27-year hiatus, and 52 years after his father Jack won (the British Grand Prix) at Brands in a Brabham, David has done the same.

Just what is next for Brabham and the BT62? Right now, that is unclear. Though it is known that it will not be the car which Brabham takes to Le Mans. It isn’t a GTE-spec or for that matter, at least currently, a ‘Hypercar Prototype’-spec model either. It is a trackday weapon (of which 70 will be produced) that Brabham is using to flex its muscles.

On Goodyear rubber (a derivative of Dunlop’s ELMS GTE tyres) the 700 bhp BT62, powered by a 5.4 litre V8, is an animal; it can lap Mount Panorama quicker than a GT3 car. This writer was shown its capabilities at Rockingham earlier this year, driven around the infield circuit by David Brabham, who pushed hard. The biggest takeaway? That when in the cockpit during a flying lap, you can barely breathe due to the forces at play, particularly under braking.

The car has been tested extensively by the team at Braham ahead of the first customer deliveries. Ross Wylie was part of the development programme and told DSC just what it was capable of.

“This is something I’m proud to have been a part of. I’ve done probably 10-12 days of testing, a reasonable chunk of track time. I’ve driven many GT3 cars for manufacturers, high performance hypercars, but I have to say this is the cream of the cream. It’s a car you can jump in at any level and it gives you the confidence do drive fast, there’s no nasty surprises.

“It’s got the wow factor, it looks and sounds intimidating. When you get in the car and get behind the wheel you realise how drivable is it considering how much it weighs and how much power it produces. It’s a raw race car, but it’s one of the most compliant cars I’ve ever driven.”

The BT62 and the brand’s focus has also become a valuable asset to Goodyear, which has partnered with Braham Automotive to become the sole tyre supplier for its range. “They have been making a big push into sportscar racing, it comes at a perfect time for us, with our aspirations to compete in sportscars,” David Brabham told DSC.

Should Goodyear go racing in an open formula like GTE Pro or GTLM (its GTE tyres for the ELMS next year will be spec), then the work being done with Brabham could prove to have been invaluable.

“We’re working on a development range of Goodyear tyres for GT sportscar racing, and we don’t know necessarily know where all the applications will be right now. We’re trying to build a product range and this sort of partnership helps bring tyres to market,” Mike McGregor, Goodyear’s manager of sales, testing and track support, told DSC. 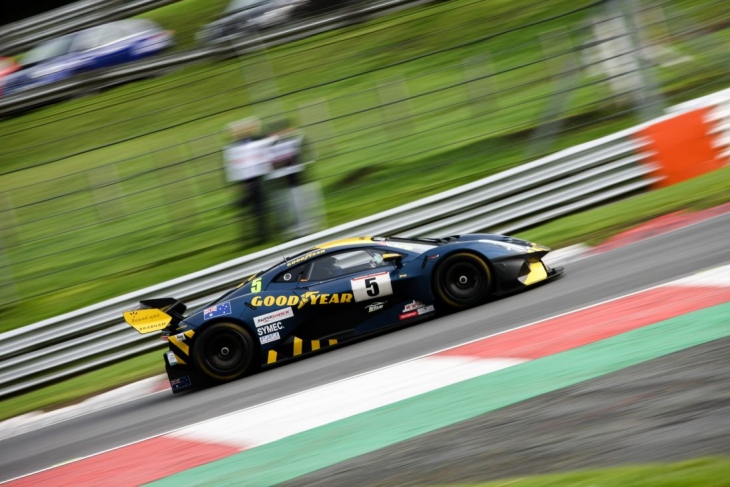 “Having people like David Brabham to help with tyre development, helps us understand in terms of product requirements, different sizes, different compounds. We want a package that works really well that is drivable and can get a high level of performance out in the car.

“We want to be associated with brands like Brabham, which sell ultra-high performance road and track cars.”

With GTE Pro in the WEC currently an open tyre category, and likely remaining open in the future, is there potential here for a Brabham-Goodyear tie-up for a future GTE programme? It’s not entirely out of the question, though DSC understands via sources that right now it remains unlikely. This is in part because Brabham hasn’t yet decided which route it will take to Le Mans.

Initially, the BT62 was touted as the model which would form the base of a GTE Pro effort. But those plans were shelved, Brabham shifting its focus to a future model to form the base of its racing effort in an un-determined category. Will Brabham go GTE racing in the future? How about ‘Hypercar’? It is all being evaluated.

“It may be that the BT62 ends up in the ‘Hypercar’ regulations,” Brabham Automotive’s commercial director Dan Marks told DSC today. “We’d be silly not to look at it.

“We’re waiting to see what the final regulations are. There will need to be work to this (the BT62) to marry it to the regulations, but if we were going to do something with this it sounds like it would be more aligned to ‘Hypercar’. I think what you heard earlier this year was pre-‘Hypercar’ announcement. That was when ‘Hypercar’ wasn’t an option, now it’s an option it’s something we will consider.

“The whole idea with ‘Hypercar’ is that it’s more achievable for people to participate. They want to attract OEM brands to something that attracts spectators to the circuits. The regulations are focused on track-only ‘hypercars’ and the BT62 fits into that bracket.”

There is a lot of pride involved. The car is being produced in Australia at a time when the automotive industry ‘Down Under’ has been decimated. Brabham sees this as important, and an opportunity. There is a car culture, and motorsport culture, in Australia that many other key markets for the automotive sector don’t have.

“To see Brabham take a full circle back to Australia where it all started is pretty cool. The opportunity to do something like this will be born out of the fact that manufacturing in Australia has disappeared.

“We’re the only manufacturer now building cars in Australia, which is weird to say as an Australian growing up with Ford, Holden, Toyota all building cars out of the country. That has changed and my partners in this programme were one of the tier one suppliers to those manufacturers and once that all died it opened up a chance for them to diversify when we came together. It’s perfect timing.”

So the big question is what comes next? We wait to learn to what’s in store for the BT62 racing-wise next year and beyond. Hints have been scarce though the list of places that BT62 is eligible to race isn’t too long and includes championships like VLN, 24H Series, Super Taikyu, and of course, Britcar. 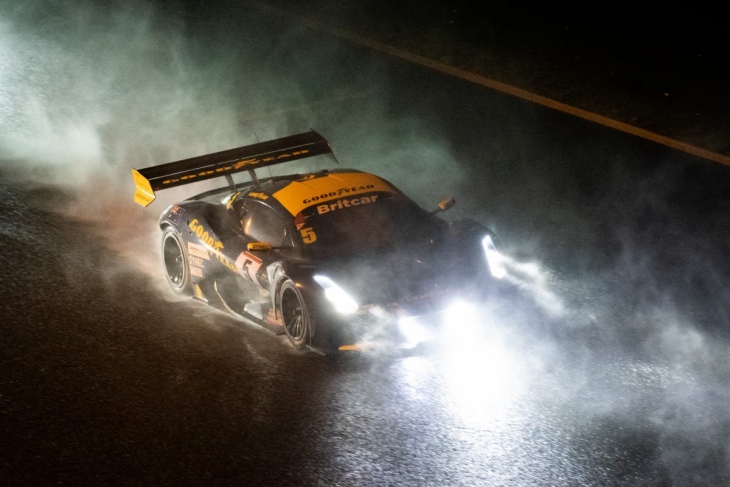 “The race in Brands is the first step of many steps in our goal to win Le Mans,” Brabham concluded. “It will take a number of years but this is a great place to start. We’re evaluating where the best place for us is to be, we know it’s WEC, we know it’s Le Mans. We want to win it.”