Rafaelle Marciello was crowned FIA GT World Cup Champion after a lights to flag victory on the streets of Macau becoming the fifth winner of the title.

Marciello, who had dominated proceedings all weekend, made a clean getaway from pole in his AMG GT3 machine as Vanthoor nipped by his ROWE Racing team-mate Bamber off the line. 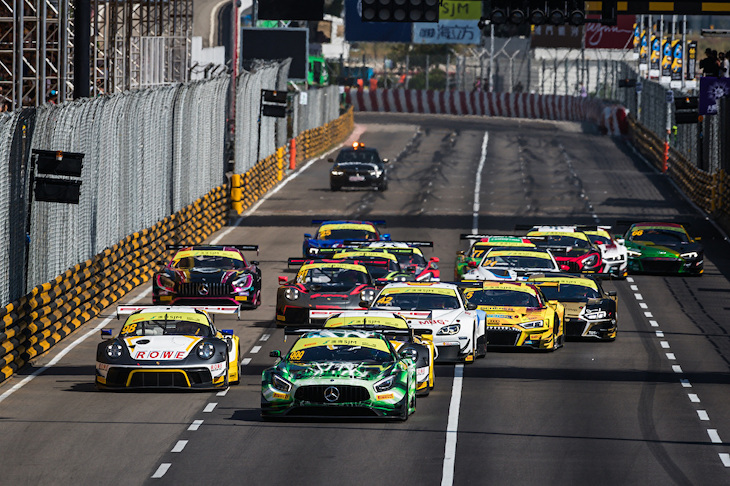 Vanthoor made every attempt to get by Marciello but the Mercedes man held firm in the first part of the race before a safety car intervention brought everyone back into play.

The safety car was called for when sixth-placed Kevin Estre lost control of his Porsche 911 GT3 R through the super quick Mandarin corner and made heavy contact with the barrier. 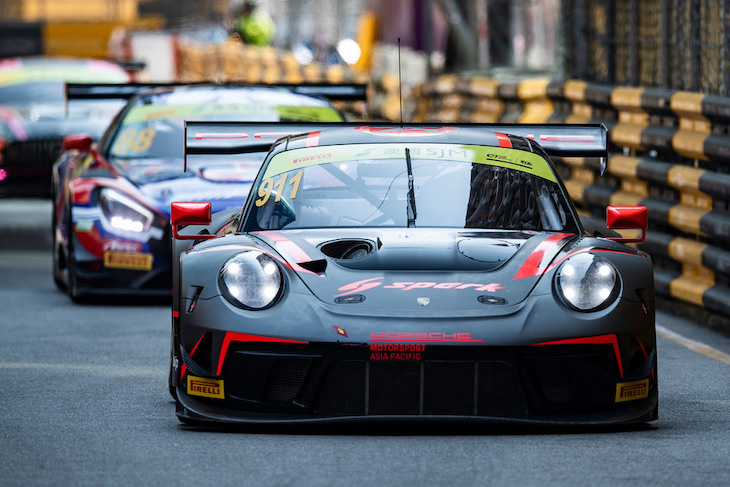 The action was back underway after Estre’s stricken Porsche was removed from the track, and the drama kicked off again almost immediately.

Reigning champion Augusto Farfus made a great restart in the BMW Team Schnitzer M6 GT3 and blasted by the sluggish Bamber on the long run to Lisboa.

Bamber went from fourth to second almost immediately, however, as Vanthoor ran wide at Lisboa, holding up Farfus in the process. 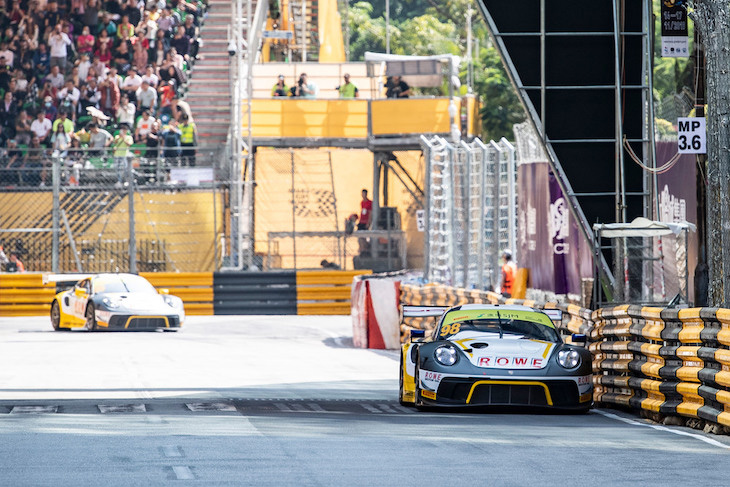 Now it was Bamber’s turn to attack race leader Marciello as he began reeling in the Mercedes ahead of him.

Lapping almost six tenths faster at one point, Bamber then made a slight mistake in the mountain section, losing his wing mirror after contact with the wall.

Undeterred, Bamber recomposed himself and went again as it eventually came down to a last-lap shootout between him and Marciello.

The Italian young gun went steady through Melco, the famous slow hairpin on the Guia street circuit and Bamber’s Porsche made slight contact with the rear quarter of Marciello’s Mercedes.

It wasn’t enough to get by and Marciello hung on, as Bamber slowed to let team-mate Vanthoor re-pass after the two agreed to let each other have a chance at getting by the eventual race winner.

Raffaele Marciello: “I would like to thank GruppeM Racing for the amazing car and also Mercedes AMG. Porsche have been really close the whole weekend so I am really happy that we finally won! I have always been really close to winning this race from Formula 3 when I was on pole and last year in GT, but Macau is always Macau and it’s really special to make it all perfect and finally I did. It is just an amazing feeling, to win this it also means I can be regarded as one of the best!” 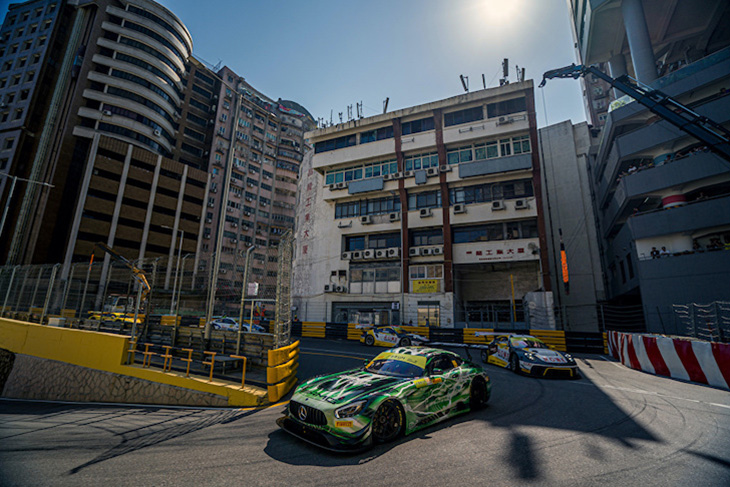 Laurens Vanthoor: “Pre-race we had a meeting and we decided a Porsche has to win and it doesn’t matter which one. I got a better start than Earl and I was following Raffaele in the beginning. I tried to get by at the start, and again at the re-start, we had a really good pace but at one point I made a mistake and we decided as well we would let Earl give it a try. I know Earl well, he’s been my team-mate all year and if there is one guy that can make a gap, it’s him! So it was worth giving him a try too but it wasn’t our day.” 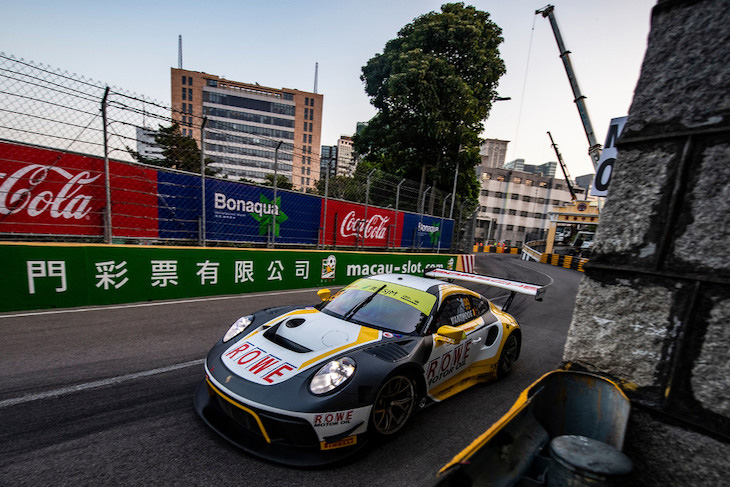 Earl Bamber: “Laurens got a better start than me so we were running third and I was watching the action behind. At the safety car restart, the BMW got a run on me at Lisboa but then they all made a mistake, I don’t really know what he did down there but I managed to slip back up the inside. It was really nice of Laurens to swap and to give me a shot. We had a good car but we were fast in the wrong areas. I tried everything I could. I tried on the last lap to get a bit closer in the last three corners. Raffaele had a fantastic race and hasn’t made a mistake all weekend long, so congratulations to him.”

Stefan Wendl, head of Mercedes-AMG Customer Racing: “A great performance by Raffaele, who managed to withstand the pressure and dominated proceedings in this world-class field. He was absolutely spot-on all weekend as his pole position reflected already. Too bad, of course, that Edo and Maro were unable to be in contention for victory as well due to the bad fortune in the qualification race. But in Macau, something can happen at any time. Nevertheless, we are really delighted with the outstanding achievements our drivers and teams have shown in this World Cup at Macau. These, of course, also include Roelof Bruins as the best-placed Silver-rated driver and the 1-2 in GT4 by our Customer Racing Team TRC. Now, we are bringing along the winners’ trophies for the FIA GT World Cup for Mercedes-AMG to Affalterbach.”

Augusto Farfus: “There was nothing more we could have done today. We needed a good start to immediately make progress through the field. However, the Porsche drivers were clever and managed to stay in front of me. After that, it was tough for me to match the pace of the front-runners. I took a bit more of a risk at the re-start after the safety car period and was able to briefly take third place. However, I then braked a little too late coming into Lisboa and found myself back in fourth as a result. It would have been tough to keep Earl Bamber behind me for the rest of the race anyway. If somebody had told me after the first practice sessions that we would finish fourth here, I would have taken that straight away. As it stands, we are a little disappointed now. You always want to make it onto the podium. Despite that, we can be proud of our performance. I would like to thank the whole team at BMW Team Schnitzer. We now move on to Kyalami.“ 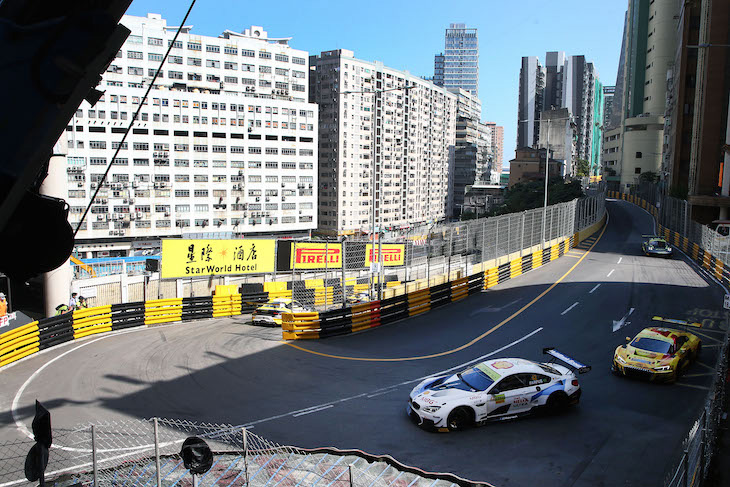 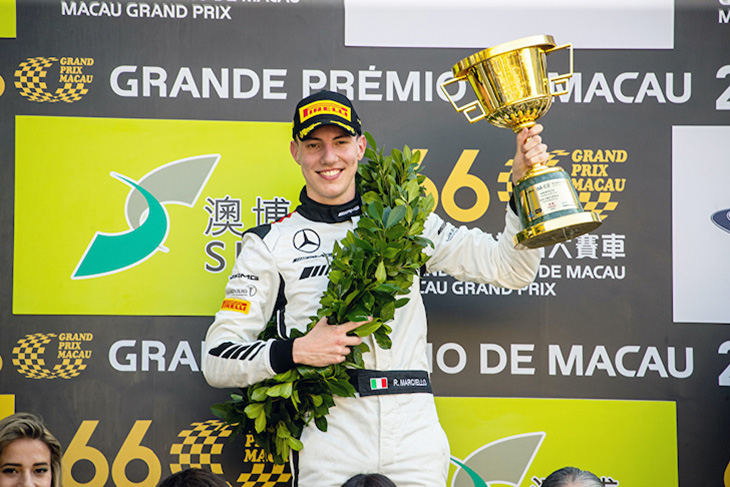