Rick Ware Racing’s Cody Ware and Mark Kvamme turned three laps apiece in FP2 after an agreement with LMP2 Am class rivals ARC Bratislava that would assist the team in extending the deadline for the cars to arrive by a further 24 Hours.

“It means that even if the cars don’t arrive until after qualifying Mark and I could still race.”

The two cars arrived in the evening of Saturday, with only the #52 cleared to race, no driving time available for the crew of the #25.

The #52 though, despite not having turned a wheel before the race, truly established itself as a ‘turn-key’ racecar, starting from the pitlane and a lap down and running without a single hiccup, emerging second in class after the retirement fo the friends at ARC Bratislava.

Cody also shared with DSC that he has reached a deal with Eurointernational that he will join the team as part of their auto entry for the 2020 Le Mans 24 Hours, earned for the title win in the European Le Mans Series.

“We aren’t yet certain whether that will be with our IMSA LMP2 car (the ex BAR1 Multimatic Mk.30) as there may be options with another chassis,” he said. 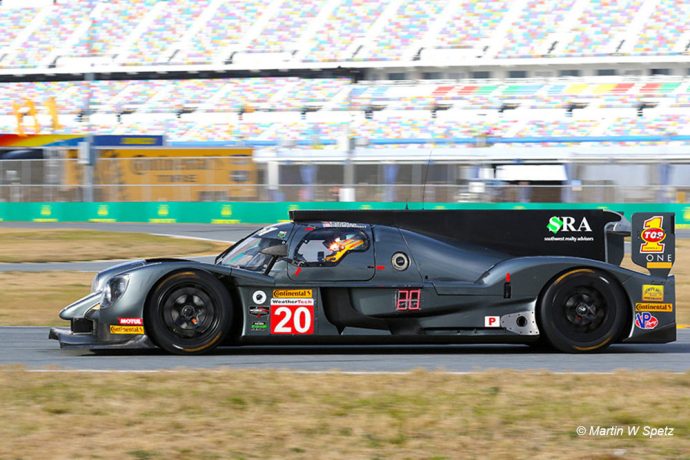 That entry is dependent, of course, on the outcome of the appeal by Inter Europol Competition of the time penalty meted out to them for a driving time violation which cost the #13 Ligier crew the race win at Portimao last month and subsequently the Championship win and auto entry.

That appeal is set to be heard this coming Thursday.

The #13 car here missed running in Free Practice 1 after suffering a broken exhaust in the morning test session that required welding with no spare immediately available, this another result of the delayed freight, the team’s own spares stock, and the spares container for Ligier amongst the missing items at present.

The Astro Veloce BMW team have a Team Manager with no little motorsport heritage, Giovanni Minardi is the son of legendary F1 team owner Giancarlo Minardi. Giovanni has previously overseen the developing careers of a number of significant drivers including Nicholas Latifi and Davide Rigon, who is racing here in Shanghai with the HubAuto Corsa Ferrari team.

Whilst a number of potential attendees this weekend have not made Shanghai after visa difficulties in a number of countries, there was no such issue for this weekend’s driver coach at RLR MSport, Richard Bradley, the 2015 Le Mans 24 Hours LMP2 winner (with KCMG) and 2019 ELMS driver with Duqueine Engineering now lives here in Shanghai, the circuit just a Metro ride away!