The rapidly growing Polish flagged team has multiple cars in multiple Championships, LMP2 entries in the European Le Mans Series and Asian Le Mans Series, LMP3 efforts in both of the above plus the Michelin Ultimate Cup, and Formula Renault too on the Ultimate Cup bill.

With Cara’s help here’s a window on a very special pair of cogs in the Inter-Europol machine, with motorsport often regarded very much as a young man’s game what a pleasure it was to be reminded that there are others around that are even more grey-haired than the DSC Editor, over to you Cara to make the introductions:

We are very proud to present to you two of our special team members, both are over 70 years old.

Axel Heinemeier, born 4 April 1946, started in motorsports about 50 or so years ago.

Robert Siska, born 1 December 1942, started in motorsports about 35 or so years ago.

But who is counting?

Axel is the all-round helper in the Inter Europol Competition team. Ask him something and he will do it, fix it, clean it, repair it, looks after it, love it (and, he ALWAYS has a smile and a kind word -DSC ED). 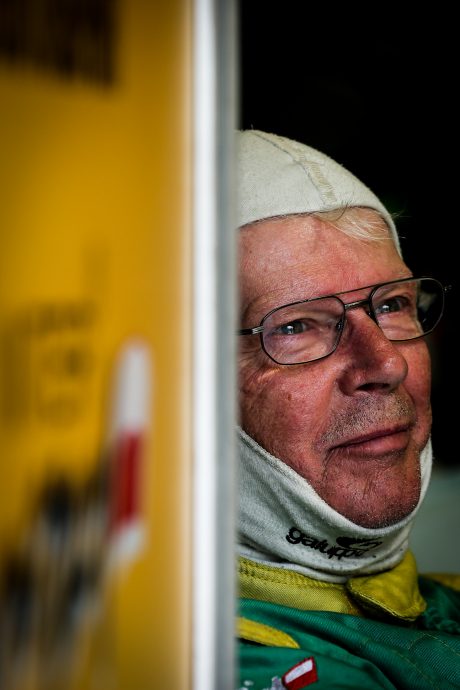 Robert races the Formula Renault 2.0 in about four to five races every year in Europe in one of the team’s cars. And has done this for eight or so years.

Their motivation: the love for cars and racing.

“My father was a colleague of Michael (the team director) and that is how we know each other. Now for about 45 years.

“I used to drive a bread van for 30 years and then worked for a large food store for another 20 years. About 50 years ago, I started sponsoring a small local team with F2 cars as they needed some help and Michael helped them too and he asked me. And that is where it all started.

“The team work inspired me, the atmosphere, the travel, it made me happy. It became my hobby and, after all these years, I still get inspired by it and it still makes me happy.

“I always need to have something to do. I have little technical knowledge, that is why I basically do all the rest.

“Now we will all go to China (Cara spoke to Axel just before the Asian Le Mans Series trip last week to Shanghai). I was never there and I am not sure what to think. But I will take it in my stride and I think I will like the food and definitely will try anything.

“I don’t know much about the culture but sure I find something that I will like.

“About Australia, I have no idea. Neither about Thailand and Malaysia. “I was once in America and everybody told me things about them, a lot of it negative, and I found the opposite. Lovely people. So, I am open to this and it is such a huge adventure and I will surely love it.”

Robert’s answer to the question what his motivation is, was: “I love cars since I was a little
kid”.

He continues: “I had my first car, a used MGA when I was 16. I did a lot of modifications and work on it. Then I bought an XK120J coupe and then a roadster and they still live in my house. The only American car I ever owned was a Corvair. It was famous for its rear engine in the 60s .” 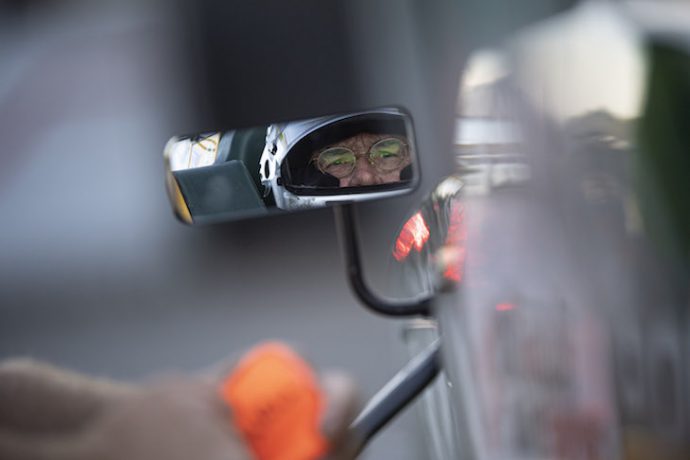 Robert played tennis all his life, and this is still a big part of his passion. He started when he was seven years old and he still plays four times a week.

Until he was around 40 years old he had no time nor the money to race.

When he turned 40 though he finally had the resources to do it, that is when he started. His motivation today is his 30 plus years in racing.

He says: “It’s like tennis and it will always be part of my life and will do it as long as I can, that is for sure.”

Before starting to race in Europe he was running in North America where he started racing in a 914 Porsche. Then went on to Sports 2000, then Super V and finally to Formula Atlantic. He even had his own team for a while in the Atlantic series and they did six to eight races a year in the US.

Then he started to race in Europe. He went on the internet and looked up racing teams and contacted KEO Racing, who are set to face up to Inter Europol in next season’s ELMS LMP2 class.

They connected and he started racing with them in the FR2.0.   The Renault 2.0 is actually the only race car he bought from new, every other car in his long racing career he has bought used.

From KEO he moved to the Inter Europol Competition team.

Twice a year now he comes to Europe and does two races per time. He picks nice tracks and nice surroundings to combine the trip with some culture.

And he has no plans to stop any time soon: “As long as I have the means and my health I will continue racing.”

More power to you young man!