Two new GTD efforts are coming together for the 2020 IMSA WeatherTech SportsCar Championship season, one with Lamborghini, the other with Aston Martin.

The new Lamborghini Huracan entry is set to be a second full-season entry from Grasser Racing, industry insiders telling DSC that it features Magnus Racing’s John Potter and the Huracan GT3 Evo that ran last season with the Magnus team.

It is not clear at this stage whether the entry will run under the Magnus banner. Last year Magnus finished fourth in GTD after two podium finishes during the season. But the team’s chances of returning were thought to be up in the air before Potter began talks with Grasser. 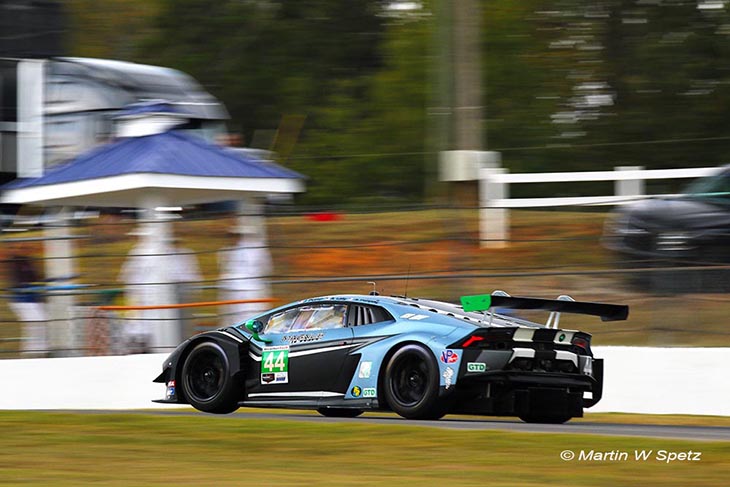 This would add to Grasser’s recently-announced GEAR Racing entry featuring the all-female crew of former MSR/Heinricher Racing drivers Christina Nielsen and Katherine Legge, with Bia Figaredo expected to join them for the endurance races.

As it stands the future of Jackie Heinricher’s IMSA programme is uncertain, RACER’s Marshall Pruett reporting that unexpected loss of Caterpillar backing has put her all-female effort with Meyer Shank Racing in doubt.

DSC reached out to Magnus Racing for comment but has not yet received a response.

In addition, Heart of Racing is set to bring Aston Martin back to the GTD class for the first time since the introduction of the new Vantage AMR. The last time an Aston competed in GTD was back in 2017, when the previous generation model was campaigned by Aston Martin Racing at Daytona.

RACER’s Marshall Pruett has reported that Ian James is set to be part of this programme, in cooperation with businessman Gabe Newell. It will bring Team Seattle back to IMSA for the first time since 2016, when it was partnered with Alex Job Racing.