The Porsche Night of Champions motorsport gala tonight at Weissach saw the usual catalogue of significant news emerge as Porsche reflected on its 2019 motor racing year, a year that saw Championship wins in the FIA WEC, IMSA and IGTC.

The defence of the WEC title is, of course, underway, and Porsche confirmed this evening that they will again enter four cars in GTE Pro for the 2020 Le Mans 24 Hours. 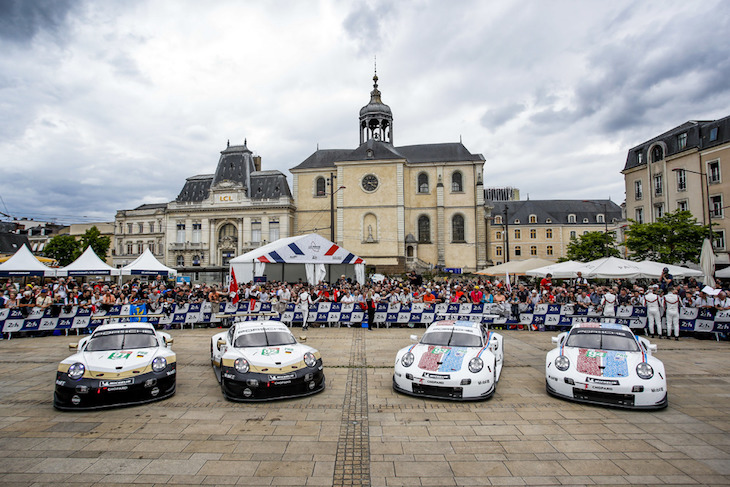 The two championship-winning teams from the FIA WEC and the IMSA WeatherTech Championship again looking to join forces, this time with the new generation 911 RSR.

The new RSR meanwhile makes it IMASA debut at the 2020 Rolex 24 Hours at Daytona and will do so with a revised full-season driver line-up:

Campbell and Jaminet become full Works drivers for the first time, stepping up from the marque’s development programme via Porsche Junior and then Young Professional status.

The pair make it a total of 18 Works drivers for the coming year across Porsche’s GT and Formula E programmes plus two Young Professionals and two Porsche Juniors.

Preining receives a regular seat in the Intercontinental GT Challenge and the GT World Challenge Europe. In the FIA WEC, he will continue to support Dempsey Proton Racing.

Porsche Young Professionals Matteo Cairoli and Dennis Olsen have successfully concluded their training from juniors to professional racers and will contest selected championships for Porsche customer teams next season.